Help Conjoined Twins Ridhhi and Siddhi Lead A Better Life | Milaap
This is a supporting campaign. Contributions made to this campaign will go towards the main campaign.
Milaap will not charge any fee on your donation to this campaign. 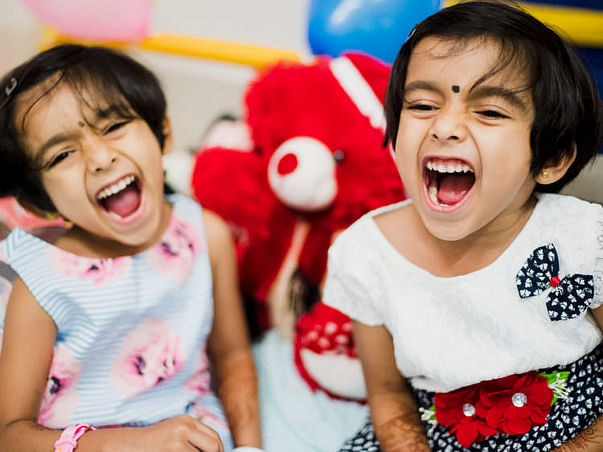 “It’s a miracle they’re alive. Their condition is so rare that 20 surgeons performed a 6-hour surgery to separate them. Today when we see them going to school, we’re filled with happiness. But their fight isn’t over yet.” – Dr. Minnie Bodhanwala, CEO, Wadia Hospitals.
The quiet corridors of Bai Jerbai Wadia Hospital, Mumbai, reverberate with Riddhi and Siddhi’s contagious laughter every now and then. The private ward that has been their home for 5 years now is filled with their favourite toys, and the staff visits them every day. However, the twins’ life has been far from perfect. Conjoined at the pelvis from birth, the girls were abandoned by their parents and left at the hospital when they were only a few months old. What followed were years filled with struggle and miraculous milestones.
Their parents wanted to sacrifice the babies and considered them ‘God’s curse’
Hours after their birth, Riddhi and Siddhi’s parents, from a small village in Raigad district, wanted to sacrifice them at a shrine because they thought their babies were cursed. An NGO, Pratham, rescued them from the horrific fate. Riddhi and Siddhi’s parents soon quietly disappeared, leaving the babies terrified and alone at the hospital. The twin girls have been through the toughest times without their parents but found an entire family on their journey instead.
“They had no one when they were brought to us and were in so much pain.Now they excitedly put on their uniform and go to school every day. They think of the female staff members as their own mothers. The hospital is their home and we are their family. Watching them grow up before our eyes has been incredible for all of us here. Every step, every progress has been a big celebration for us.” – Dr Minnie Bodhanwala, Wadia Hospital CEO
The twins found a home and family at the hospital, they call them 'Mumma'
Riddhi and Siddhi turned 5-years-old on May 9, a day of celebration for the entire hospital. Ever since they were left at the hospital, Riddhi and Siddhi have been brought up by doctors and staff of Bai Jerbai Wadia hospital, where the twins have found a permanent home. When a child asked Riddhi and Siddhi who their mom was, Riddhi happily said: “I have chhoti mumma, badi mumma, Meena mumma, Helen mumma and Minnie mumma."
Riddhi and Siddhi’s fight isn’t over yet
Riddhi and Siddhi had a separation surgery a year after their birth. The little fighters made it out of the complicated, high intensive surgery, but their battle was far from over. They have surgical procedures, physiotherapy and speech therapy ahead of them. Now they need at least 2 more spine correction surgeries that will let them grow and walk properly.


“Their development has been a little slow because of the complications of their birth. Their milestones have been delayed, but they’ve achieved them. With speech therapy, they’ve also started talking clearly.  They now need a spine correction surgery. Their legs won’t be able to handle their body weight as they grow up and might not walk properly later without surgery.”– Dr. Mihir
Riddhi and Siddhi have made it this far, despite numerous obstacles. All their progress will be in vain if they can’t have the surgery.
How You Can Help
The twin girls need spine correction surgeries that will help them walk and grow up like normal children. Their life began in immense pain, but it doesn’t have to continue in suffering. Riddhi and Siddhi need your help to get corrective surgery at the earliest.

Donated to this campaign via Bank transfer/QR Code? Click here if you can’t find your donation listed below.
A
Anonymous donated Rs.500
Report fundraiser

n
You are sending a message to
niranjan.g
Go back 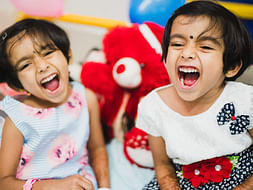