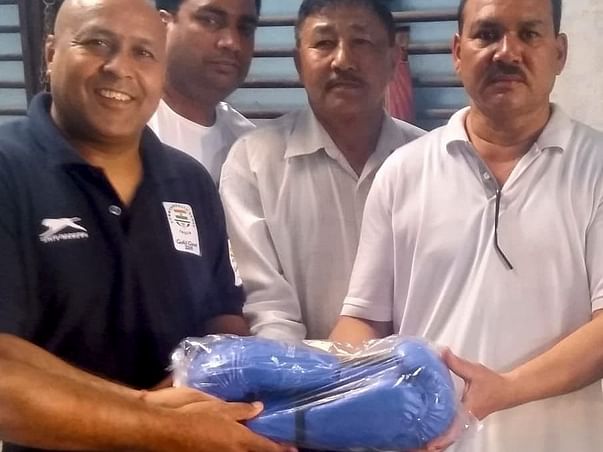 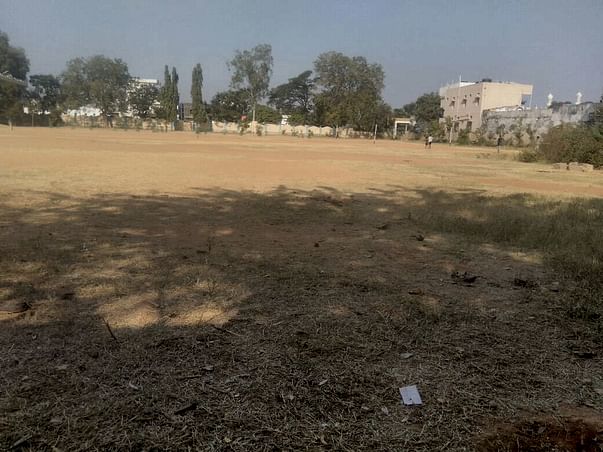 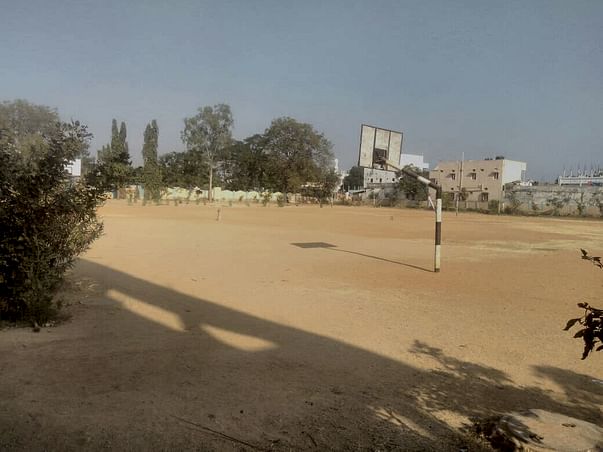 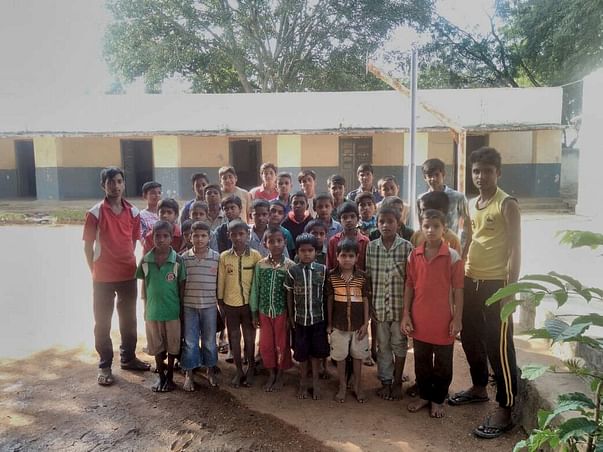 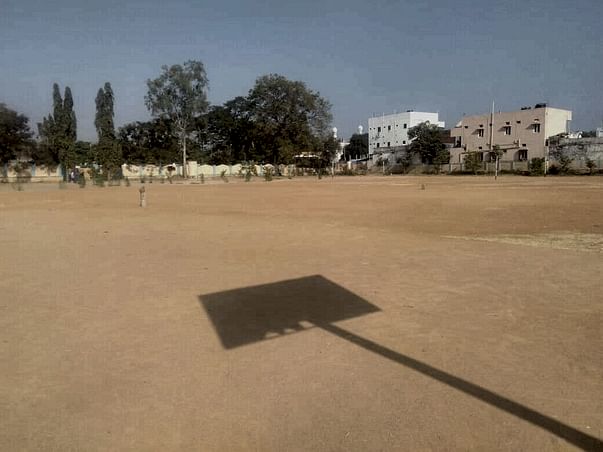 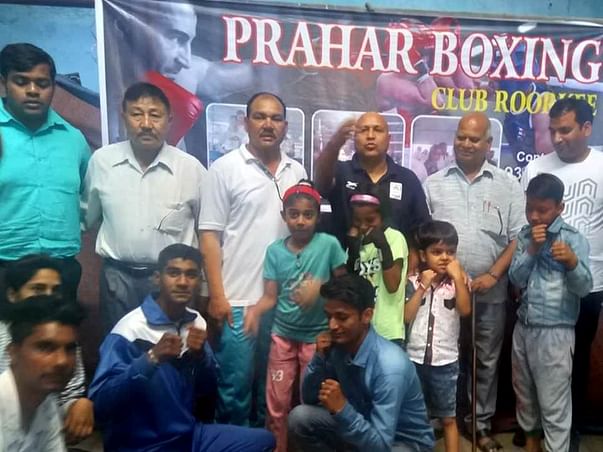 Doesn't it hit your brain that they achieved something for India on the global platform, don't they make you proud counting India's achievements in Sports??!

While millions of Indians rejoice the very few achievements of our fellow Indians in Hockey, Wrestling, Boxing, Badminton, Shooting, Weightlifting and other sporting disciplines at the Olympics or any other international event, it is a fact that We Indians have much more potential in them which can only be unleashed with proper mapping of resources. We'll tell you how!

Who are we?!
We, Ethic Sports Foundation is an organisation (Non Profit) of Coaches & Specialists registered with the Government of India under Section 8 of Indian Companies Act, 2013.

We are a team of highly experienced coaches who've been associated with Team INDIA since decades.
Our board include:
Padmashri & Dronacharya SM Arif, who is hailed for owning a unique record of creating 200+ national champions in all given categories in a sport. Arif sir has been instrumental in shaping up careers of the P. Gopichand (the current chief national coach), Saina Nehwal (India's first medallist at Badminton in Olympics) & Jwala Gutta to name a few.

Olympian Dharmendra Singh Yadav who is known as India's youngest arjuna awardee, the first professional boxer and the current national boxing coach who has been instrumental in shaping up the careers of Olympian Boxer VIkas Krishnan.

Coach of the latest gymnastic sensation Ms. B. Aruna Reddy, Mr. N. Brijkishore, who is also serving the Indian Team since past 20 Years as a National Coach.

Mr. Omkarnath Yadav, a boxing expert who led India as a coach at Afro Asian Games & other international competitions. Mr. Yadav has been an active part of the National Coaches Panel for the Indian Amateur Boxing Federation and has been conducting the National Coaching Camps for the International Probable's since early 2000’s. He has also taken up Officiating Responsibilities on behalf of India at the Commonwealth Youth Games 2008 & 4th CISM World Military Games.

Sports as a HR/Community Development tool?!
Sports demonstrates an excellent coordination between the brain and body wherein the brain formulates the winning strategy and the body hustle to execute it, on the other hand, sports do impact on the career and health of a Human.Better brain & body coordination and quality health developed over the years of training, High Emotional Quotient, Life Skills & competitive spirit developed through the experience he or she gained participating in the competitions in the tender age and the “Champions” attitude they possess making them better than those non-sporting persons.

Recognised as defined system of activities which are based in physical athleticism or physical dexterity. A system, like any other, is governed by a set of rules or customs, which serve to ensure fair competition, and allow consistent adjudication of the winner. A System often divided into groups of comparable performance, (e.g. gender, weight and age) and participants are graded or classified based on their "result". A system that is universal, engaging humans at all levels irrespective of their classifications (e.g
gender, age, race, culture), A system that help human enhance their skills and test their endeavour at all levels. A system that enables the best coordination between the human brain & the body, An interlinked channel with universal reach from school, college , block to State, Nation and the World.

Unlike few other social impact tools, Sports create a ripple impact. The ripple effect of one athlete’s success and their handwork will have a lasting impact impressing the new generations of athletes to take up sports because of its incentives. Even if one athlete performs, the results impact 10 of his peers and eventually inspiring 50, 500, 5000. Refer the recent case of
PV Sindhu, the silver medal at Rio Olympics 2016, its overall impact on
millions and its boost to badminton, The demand of the sport has exponentially increased giving scope for new business opportunities in
form of academies producing more talent and also contributing to the
recreation & well being of fellow citizens.

Scope in Rural:
“India lives in villages” were the golden words of Mahatma Gandhi many decades ago.Ironically after almost 50 years the data does not seem to disagree. Today a majority of the Indian population still live in the villages. Though there is substantial migration from rural to urban areas in India, still almost 68% of India continues to live in rural areas. The socio-economic census data (2011) released very recently said that almost 73% of the households were in rural areas. On the contrary, India's vision today is highly urban centric. Cities are tipped to be the catalysts of growth in the future. It is noted that the agriculture and allied services contribution to the GDP of the nation has reduced considerably from 51.88% in 1950 to 13.94% in 2013. The World Bank data on value added by agriculture (% of GDP) data does not seem to disagree. From a 42.56 in 1960 it has dropped to a meagre 16.95 in 2014. Given that almost 70% of the population lives in rural areas and about 50% of the overall labour force is still dependant on agriculture, this situation is definitely not sustainable.

Since India's Independence, Urban & Rural difference has been one such major obstacle in growth. While the urban areas with all the amenities getting richer contributing more to India's GDP, the rural areas who often depends on Agriculture due to the absence of the education, healthcare and other required amenities fall behind.

As mentioned above, by facilitating sports in rural, we can help children between 4-14 years age equip employable skills, daily exercise & workout help them fight obesity & other ill-health issues, providing them guidance on nutrition can also solve their healthcare chaos and their achievement in sports can help them grab a job in sports quota in defence & police. To facilitate the same, we hire coaches giving senior players livelihood, hence generating Employment.

Promising Results in Past:
India's leading players began from this section have prove their mettle for themselves & for India at many international events.From Mary Kom (Manipur) to Vijender Singh (Bhiwani); Yogeshwar Dutt (Sonipat) to Sakshi Malik (Rohtak); P.T Usha (Kozhikode) to Dutee Chand (Gopalpur, Odisha), the success of the above mentioned not just made them popular but also assured them a better standard of living besides inspiring millions of fellow citizens, Giving us scope for development and uncovering the true potential Indians have here.

With huge empty spaces available, The rural India which covers more than 95% of India can create talent pool. To bridge the gap in current sporting scenario all we need is to setup basic infrastructure & hire a trainer to promote sports.

Through this Crowdfunding Initiative, Ethic Sports Foundation look forward to setup not less than 10 multi disciplinary sports coaching centre's. The organisation is currently operating 4 such centre's impacting 250 players. Through the proposed project, the same benefit will be extended to another 2000 children in 5 Sports Disciplines (Free Access).

The Outcome of this initiative (Low Cost - High Impact)
"Success is When Talent meets Opportunity, We have immense Talent at Grassroots, all we need to do is identify talent & create opportunities for them". 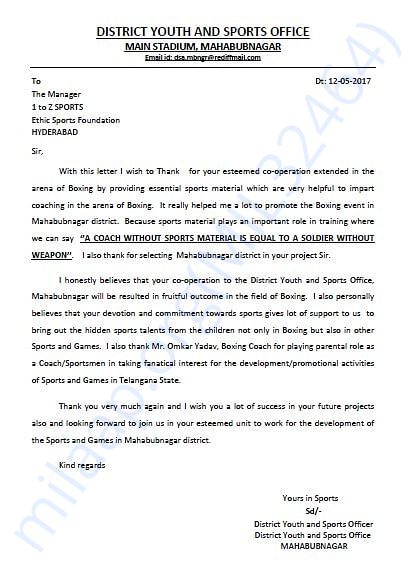 Issuing Training Material to the Boxers at Mahabubnagar Stadium 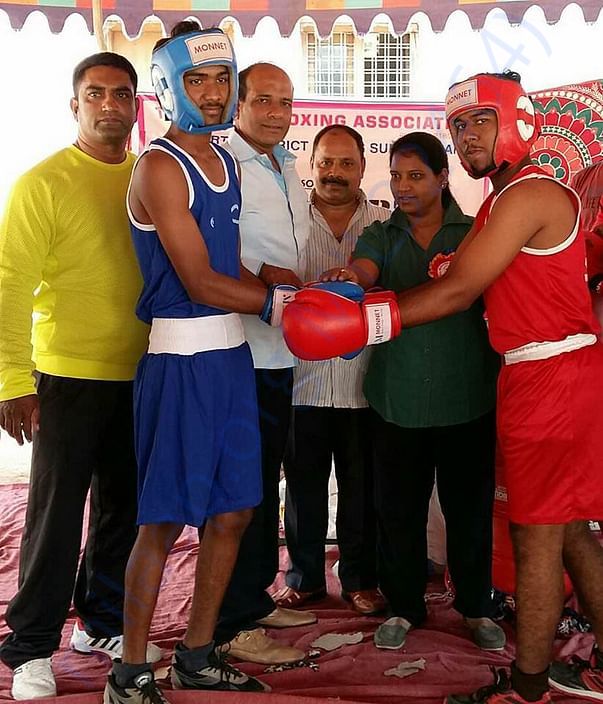 You are sending a message to
Ethic Sports Foundation
Go back 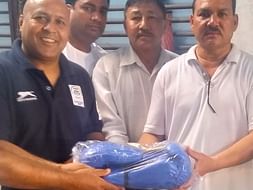