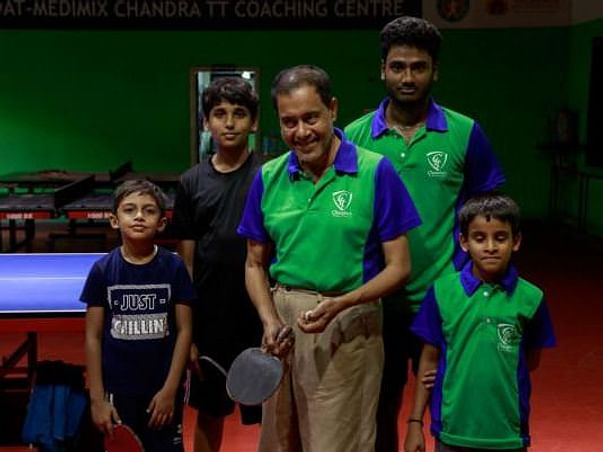 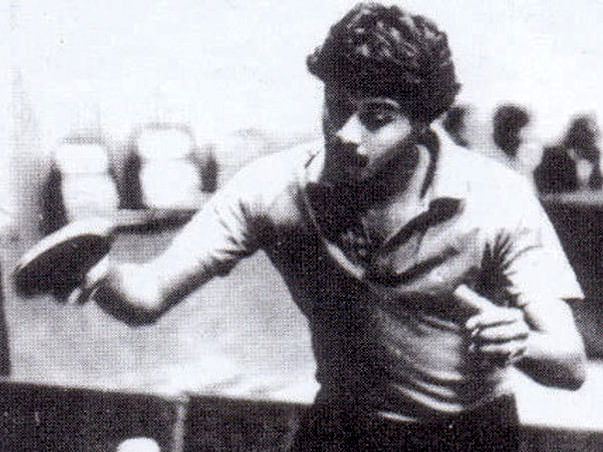 Previous Next
Let's join hands with a hero who is trying to give back to his sport despite physical disabilities.

Chandra, as he is affectionately known, is a former Indian Table Tennis Player and an Arjuna Award Winner. Just 16 days after winning Arjuna Award, India's top most recognition for sportsmen, he slipped into coma after a freak hospital incident. His Table Tennis career was cut short and he was left with permanent movement related disabilities.
Chandra was a ferocious fighter during his playing days and people admired him for his never give up attitude. With the same attitude, he has walked out of his house today, to set up an academy to coach and mentor young Table Tennis players.
He is looking to raise funds to build basic infrastructure and add amenities to his coaching centre. He has vowed to dedicate the rest of his life to this academy in a bid to produce the table tennis superstars of tomorrow.
He will use the funds collected here to:1) Invest in more Table Tennis Tables and replace the old ones
2) Replace the rubber floor
3) Subsidize the kit, clothing and shoes of the players
4) Susidize the travel and stay arrangements for the children for various tournaments.
5) Build a compound wall around this coaching centre.


We are inviting people to make financial contributions to his academy.

This is a story of sheer grit and determination. Let us join this hero in his pursuit by contributing as much as we can.

UPI: rzpy.givetomlpvenugopa016@hdfcbank (Copy to clipboard)
Or
Click here to read the instructions before you make a bank transfer.

Ask for an update
Donated to this campaign via Paytm or bank transfer? Click here if you have not received an email confirmation from Milaap.
Dear Supporters,
Thank you all for your contributions.

Thank you so much for the love and support which have shown towards us.
We shall keep you all posted.

Thank you so much,
Regards,
V.Chandrasekaran

Here is an update on the progress of the campaign.

First of all, I would like to thank all of you for your wonderful support.

Children are really happy with the installment of new tables and renovation of the hall, we are utilizing the funds to get the best of coaches to train them.

We will also sponsor for five children for the upcoming tournament for which I will soon share the details with you.

Thank you once again.
Donate

Report fundraiser
See how thousands are crowdfunding for their causes on Milaap
Rs.195,851 raised

All the best Sir

All the best Sir

VC
You are sending a message to
Venugopal Chandrasekar
Go back 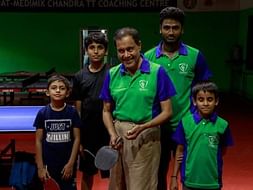