Fight TOI’s Fake Media Narrative | Milaap
This is a supporting campaign. Contributions made to this campaign will go towards the main campaign. 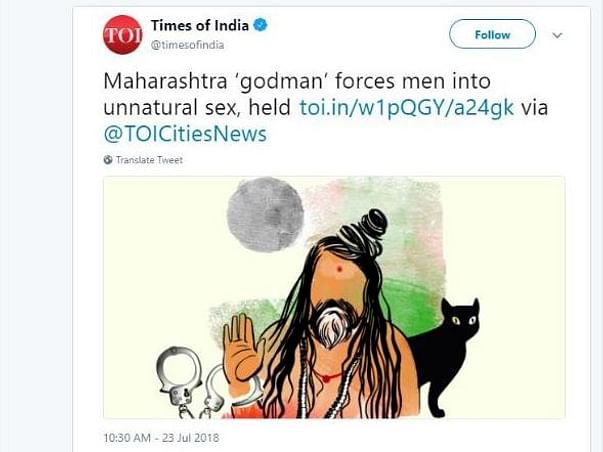 Napoléon Bonaparte is said to have remarked “Four hostile newspapers are more to be feared than a thousand bayonets”. This is becoming increasingly true in today’s “Post Truth” world where Newspapers are no longer made by news or journalism. They are made by sheer weight of money and serve not the interests of the many, but the vested interests of the few.

By the time the facts of the case come out, the damage is already done and more often than not, the last page apology never reaches where the screaming headline reached in the first place. This has been seen most recently when headlines tagging India to rapes and lynch mobs were circulated widely in International publications. The hostile headlines continue to live and thrive with a life of their own and the newspaper and their offending journalists live to lie again. In such times, the role of the citizen and legal activist becomes of paramount importance.

Repeated Instances, No Penalty for TOI

As of 23rd July Times of India yet again published a story with a misleading image which was immediately flagged by alert twitter users. However, the TOI, like multiple times before this, did not acknowledge its mistake but merely deleted the picture in question and the tweet https://twitter.com/timesofindia/status/1021258605503188992

This instance comes shortly after the report of 16th July 2016 by the same newspaper where child trafficking in a madrassa at Kodungaiyur in Tamil Nadu was reported with Veda Pathshala by the reporter Ekatha.Ann@timesgroup.com.
https://timesofindia.indiatimes.com/city/chennai/11-year-old-boys-rescue-reveals-trafficking-prevalent-at-madrassas-veda-pathshalas/articleshow/65001975.cms

With repeated instances such as the one that has happened today going without as much as a token of admonishment by the Government or Press Council of India, it is now upto the citizen of the country to come together and take legal action against the repeat offenders.

The goal of this campaign is to fund the legal case against the Times of India and its reporter Mohammed.Akhef@timesgroup.com. The cost of the legal proceedings is expected to be 4 lakh which will be paid to the office of Shri Prashant Patel who will fight the legal case against TOI. Please contribute to the cause of Nyaya and help fight Fight TOI’s Fake Media Narrative.

My name is Ashutosh Joshi and I am based in Delhi-NCR working as Manager Finance for a large MNC. Inspired by the dynamic leadership of our Prime Minister Shri Narendra Modi, I have decided to do my bit by helping our Nation’s grass root heroes. I am the moderator of this campaign.
I have raised more than 20 lakh for our grass root heroes in campaigns listed below:

UPI: rzpy.givetomlpprashant014@hdfcbank (Copy to clipboard)
Or
Click here to read the instructions before you make a bank transfer.

Ask for an update
Donated to this campaign via Paytm or bank transfer? Click here if you have not received an email confirmation from Milaap.
We are disbursing the USD portion of the contributions to Prashant ji's account. The legal notice was sent to TOI and the disbursal is part payment for retainership till Dec 2018.

We will publish updates on the case as the matter progresses. Thank You for supporting this cause.
Dear Supporters,
Thank you all for your support.

With the help of your contributions, we're now able to move forward with the case and we will be withdrawing funds towards our lawyer's account, Mr. Prashant Kumar Umrao.

We're really thankful for the support you have shown towards us, we shall keep you all posted on the case.

Thank you,
Regards,
Ashutosh
Once is an accident. Twice is a coincidence. Three times is an enemy action. We are proceeding with the legal case against Times of India. A token fee of INR 20,000 is being released to Prashant ji's account for initiating the legal proceedings. 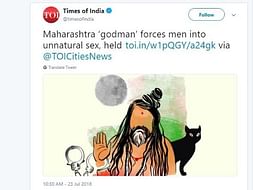