DBS India 's online fundraiser for Women | Milaap
This campaign has stopped and can no longer accept donations.
Milaap will not charge any fee on your donation to this campaign. 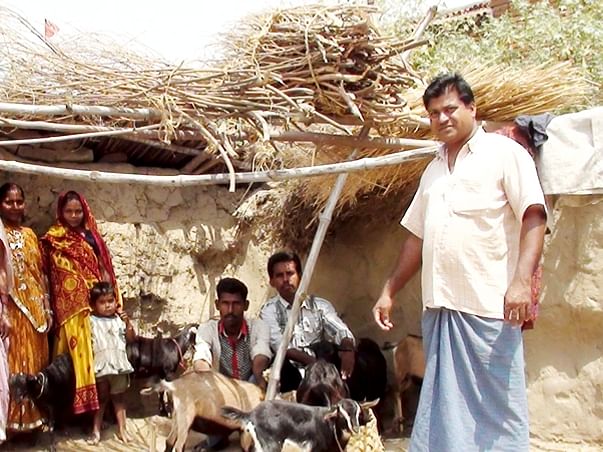 As a strong advocate of Social Entrepreneurship, DBS India presents the 'People of Purpose' initiative. The aim is to support 9 ventures championed by the DBS India team. So join us, support a social venture you care about, and be a part of the journey of change.One of the ventures selected for this campaign is Center for Livestock.

WHAT ARE WE TRYING TO SOLVE?

The patriarchal & caste based Indian society has long history of oppressive practices of social exclusion which has restricted the equal opportunities, especially to women groups belonging to excluded communities and made them highly dependent on male members as well as land holding communities. The compelling situation has made them vulnerable & kept them deprive of decision making power and lower social status.

The idea is trying to solve the issues of stark poverty among socially & backward communities at rural areas of Bihar by empowering women socio-economically. The Center for Livestock, caters the issues of Stark Poverty among rural households especially belonging to socially excluded and backward communities. The initiative is designed to alleviate poverty by training women groups & individuals on livestock farming skills & facilitate them by providing formal credit, market & other required linkages to establish & operate a sustainable micro enterprise at village level.

The Center for Livestock presents the employment opportunity for rural women groups & individuals belonging to socially excluded & backward communities. As our Aims & objectives of the project is to ensure equal opportunities for rural women of socially excluded communities in socio-economic spheres and generate entrepreneurial spirit among target group by promoting scientific livestock farming as an ensured means of livelihood opportunity.

Women have to work on less wage amount in comparison to men, they are deprive of any decision making power in any spheres (Socio-economic-political) of their life, since ages. They are the most laborious & painstaking stakeholders but least respected & recognized in the family, village & society at large.
So we are trying to empower such women groups of socially excluded on following aspects:

So we are trying to empower such women groups of socially excluded on following aspects:
a) The income aspect
b) The production aspect
c) The recognition aspect

So women’s belonging to excluded communities are the most oppressed and has to undergo through several kinds of socio-economic discriminations & exclusions therefore they need to be empower economically which will gradually lead to socio-cultural-politically empowerment.

The initiative is connecting issues with available natural resources & economic opportunities to realize socio-economic empowerment of women & families belonging to excluded communities. Initiative has taken up with the objective to provide nutrition “in term of education, training and exposure to the market” and equal opportunity to rural women groups of excluded & backward communities to exhibit their potential for themselves and the larger ecosystem they live in.

At wider dimension the Fund is also required to establish small units of goats & chicken farming at village level. The many of the women farmers doesn’t have any ownership of land or any valuable asset to present before formal credit institutions as collateral security to access smaller loans which is a bigger challenge for us. The rate of interest charged by Micro finance agencies is too high which is economically unviable to such micro enterprise models. So the grants or collateral free loans to poorest of the poor families are required essentially in the initial phases.

1 Supporter expand_more
This campaign has stopped and can no longer accept donations.
$150 Million +
Raised on Milaap
Are you in need of financial support for medical or personal emergencies, or a social cause?
Start a fundraiser
Or
Know a similar organisation in need of funds? Refer an NGO

Donated to this campaign via Bank transfer/QR Code? Click here if you can’t find your donation listed below.
A
Anonymous donated Rs.501

Donated to this campaign via Bank transfer/QR Code? Click here if you can’t find your donation listed below.
A
Anonymous donated Rs.501

You are sending a message to
DBS India
Go back 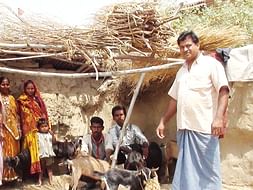