In Memory Of My Father Manjunath M N | Milaap
This is a supporting campaign. Contributions made to this campaign will go towards the main campaign.
This campaign has stopped and can no longer accept donations.

In Memory Of My Father Manjunath M N 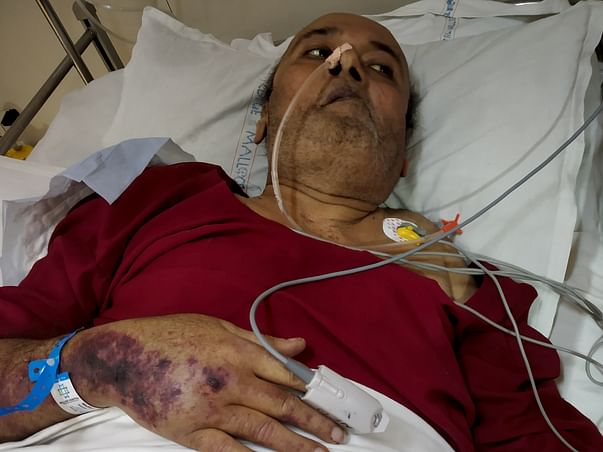 Update: Unfortuntately, Mr Manjunath has passed away. The family is keeping this campaign open in order to meet the medical expenses.
Hi My name is Vinayaka M M and I am raising funds for my father, Manjunath M N. He is not currently employed due to his condition which has made it difficult for him to arrange the funds for his treatment. He has two children, a wife, He has been fighting Liver cirrhosis.

Initially diagnosed with liver cirrhosis on 08-07-15, his condition has been worsening ever since. Recently he had a severe infection on his right leg leading to multiple complications including respiratory failure, liver failure and has been in intensive care for about a week now. Hailing from a middle class family it has been extremely difficult for us to afford the expenses because of the mortgage loan we are carrying. He has multiple skin openings on his body from which water accumulated is coming out leading to more infection.

My mother is currently unemployed and I'm in my final year engineering and not able to pay my college fees as well. I request whoever reading this to lend us a helping hand in this situation.. He is currently undergoing treatment at He is admitted in Mallige Hospital, Bangalore. He has been suffering for more than a year and it has been a tough time for me and my family. Intensive care (ICU) is his only hope at getting better and living a normal life. His treatment will cost approximately Rs. 500000-1000000. We are unable to pay for the treatment due to We come from a poor background. Initially we were told that the liver failure wasn't 100% and could be maintained with medical support. At the time my father was diagnosed with liver cirrhosis our family was already carrying a huge mortgage loan which we are still paying off. 4 years after he was diagnosed with liver cirrhosis he vomited blood and that's when we realized it's not under control anymore.

Recently on 24-04-2019 he was admitted to the hospital where he was receiving his treatment for 4 years and since the doctor was in the same hospital we did not have the courage to take him anywhere else. It was at this time that my mother spared all her savings to get my father out of trouble. The cost was more that 200000. And a month after discharge my dad was admitted again due to hepatic encephalopathy due to loss of consciousness on 21-05-2019. At this point we had to find alternative arrangements for the admissions. My mother sold her jewellery and other accessories to get my dad out of trouble for the second time. And after getting discharged after recovering we returned home only to disappointment. My father could not walk. My mother being as helpful as she is took it all on herself to help my father. But all her efforts went in vain after my father's leg was infected to the water accumulation which started to come out of the small wound on his leg. At the time of admission to hospital on 08-08-2019 the infection was so severe that his liver was affected and the doctors declared liver failure. Inspite of all this my father miraculously recovered from the encephalopathy and is still fighting in intensive care unit for the past week. Now we are unable to pay the ICU charges as my father continues to recover in ICU. The charges are increasing everyday and medicines for the infection are expensive. We no longer have funds to take this forward in any direction. But one thing I know is that my father is a fighter and a survivor. He has made it so far in ICU and we wish to see him recover completely and return back home. I humbly ask for your support in this torrid journey of ours. Every rupee donated will be used to treat my father's illness. Thank you.The funds raised will be used towards his:All of us are eagerly awaiting his recovery. Once he gets better, I'm sure he would love to He will be looking forward to hold his grandchildren in his arms one day. We wish to see the smile on his face. After all he has survived the toughest phase in life and things will only get better. Also we would look forward to get a liver transplantation done once he recovers from his current condition..

Me, as a son, have seen my parents in so much pain ever since I was a child. Me and my sister never had the luxury of watching our parents live a life without sorrow and responsibilities. The least we can do for them is to give them that happiness in the future and we can only hope for the best. After all these efforts it'll be much more painful for us to see the hospital refusing support to my father at the time we need it the most due to our inability to pay the bills..I request you to kindly contribute towards his treatment and help during our time of need. Each contribution is important! Kindly also share the fundraiser with your family and friends and help me reach the goal amount. We are grateful for your help!
Medical Bill 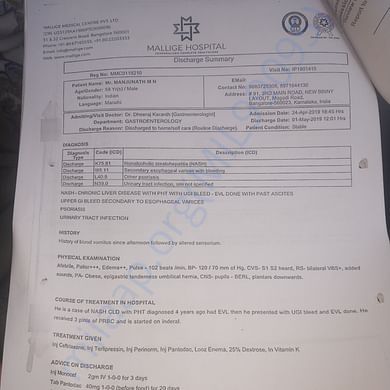 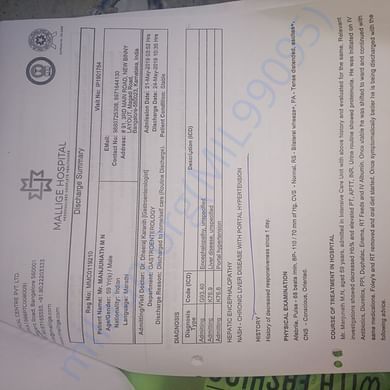 Ask for an update
Donated to this campaign via Paytm or bank transfer? Click here if you have not received an email confirmation from Milaap.
Hi,

Thank you all for the tremendous support throughout. These contributions will help us a lot. The funds will be withdrawn for settling the medical expenses that the family has been facing.

Sk
You are sending a message to
Sathish kumar
Go back 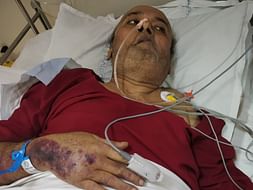 In Memory Of My Father Manjunath M N