No Doctor Wanted To Treat Baby Srihari Because Of His Heart Condition | Milaap
This is a supporting campaign. Contributions made to this campaign will go towards the main campaign.
Milaap will not charge any fee on your donation to this campaign. 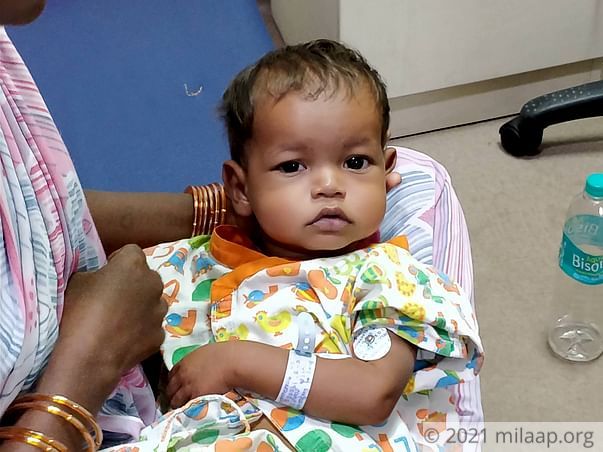 “No doctor wanted to see him because his condition was bad. They told us they didn’t want to take the risk. No matter how much we pleaded with them, they wouldn’t help my baby.”

Rajeswari’s son, Srihari was born with a heart defect. He is almost 2 now and his parents have lost count of the number of doctors they have taken him to. Since he was an infant, he would get fevers once in 2-3 days, and the worried parents would take him to the nearest doctors. As soon as the doctors realised that his fevers were due to his heart condition, they refused to treat him, and the desperate parents had to wait for the fever to subside, more often than not.


Srihari is very small for his age

Since Srihari was born, his parents have been living in constant anxiety of their son falling dangerously ill. Initially, he would get fevers every week or so, but gradually it has come to a point where he is sick every other day and there is no medication that can help him.

Finally, they have a ray of hope

When they took him to Chennai for a check-up a few months back, they finally heard some good news. The doctors did not send them away. They were actually telling them that their son could live. But he needed an open heart surgery at the earliest. Since then, his parents have been trying everything to make that surgery happen.


“Our daughter keeps asking us - Is he sick? Will they operate on him? Can I play with him when he is fine? - All we can do is nod and tell her that her brother will be fine after the operation. We can't bring ourselves to explain to her that without it, he will die and she won’t have a brother?”

Srihari doesn’t do the little things, other kids, his age do. He can’t speak well, nor can he run around the house and play. Anything he does tires him and his constant fevers add to the weakness, making him dull.

Srihari has an elder sister Lakshmi, who is 5. She wants to play with him and hold him, but Rajeswari and her husband Srinivasulu don’t let her. She is too young to understand how sick her baby brother is. To her, his surgery only means that she will finally get to play with him.

They can't afford the treatment for their son

Rajeswari and Srinivasulu are willing to do all it takes to provide their son with the treatment he needs. But their poor financial condition doesn’t allow them that. They work as daily wage labourers who get paid only Rs 100, on the days that there is work, or they have to go home without a single rupee in their pockets. Despite their financial state, they have spent close to Rs 1 lakh towards Srihari’s treatment, by borrowing money from relatives and friends. But now they have nothing left again.

Their poverty should not decide an untimely death as Srihari's fate. In order to treat their son, they need your help. Your contribution can save him and give their family a reason to smile. 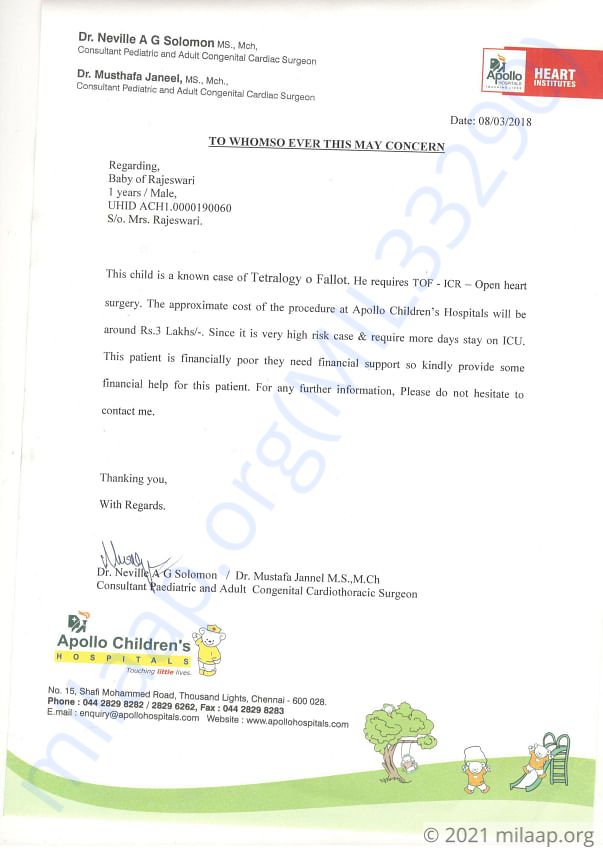 Baby of Rajeswari has completed the treatment. He is completely fine now. He is regularly doing her follow ups. Once again thank you all for the prayers and support.

After settlement of bills for Baby of Rajeswari's treatment, we have a balance of Rs.95,835. With the consent of the family, the funds available will be used towards the treatment of other patients with urgent needs.

Pritha Rani Das is suffering from Chronic Kidney Disease from a few months. She need Rs.500,000 more for a surgery. A sum of Rs 95,835 INR will be transferred towards the same from this campaign for the treatment to begin. Here's the link to their campaign: https://milaap.org/fundraisers/support-pritha-rani-das

All donors of this campaign will receive periodic updates on the status of pritha rani das's health and treatment via emails and messages.

Thanks for your continued support and engagement. 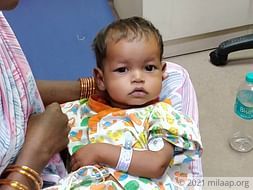