5-month-old Viraj Is Running Out Of Time To Get A Liver Transplant | Milaap
This campaign has stopped and can no longer accept donations. 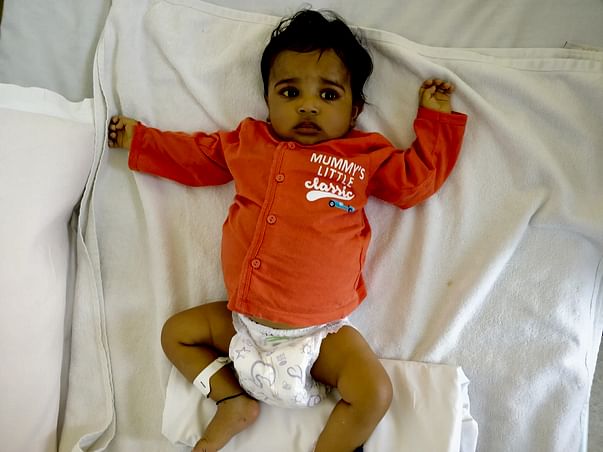 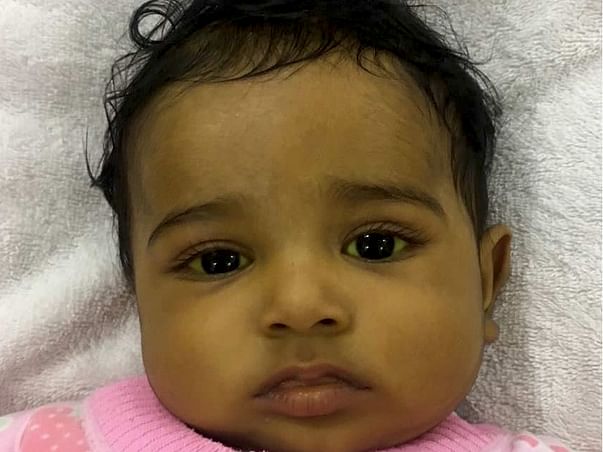 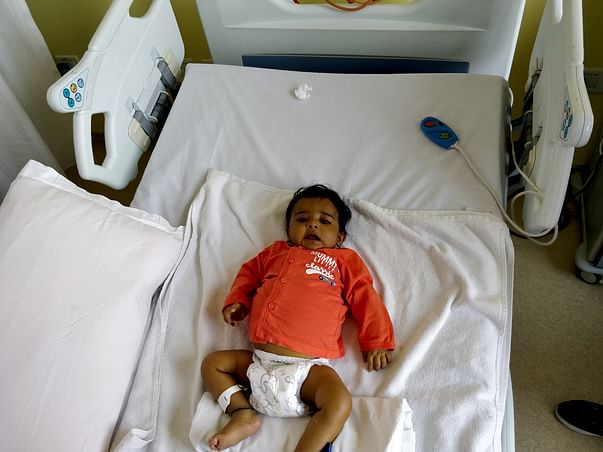 Previous Next
Viraaj is 5 months old. He has seen the inside of a hospital more than his own home. He does not just have hunger cries and wet cries. Viraaj cries out of pain because his bloated belly presses on his lungs and he cannot breathe. He has decompensated chronic liver disease. This will be the last week of Viraaj’s life if he does not get a new liver as soon as possible.

When he was just over a month old, Viraaj began pooping black colored stools

Naveen and Archana wanted to complete their family of three with another baby. When a son was born, happiness rained on the family. Viraaj quickly became the center of attraction. While his older brother played with him all day, his uncle, Sachin pampered him with lots of love and toys. This was a perfect family.

“In a moment our happiness vanished. One day he was pooping black. Naveen took him to the doctor and when they drew blood for testing, he would not clot from where they took blood. We discovered that he was bleeding internally. The clotting factors were so low that at any moment, he could bleed to death!” - Sachin (Paternal uncle).

His condition kept getting worse until it was irreversible

Viraaj was admitted into the ICU for blood transfusion. Tests revealed that he had a liver problem. His eyes had turned yellow. This baby boy was jaundiced. As the treatment continued over the months, Viraaj’s condition deteriorated. His liver was infected with a deadly virus. Thankfully, he recovered from the infection. However, jaundice did not go away.

“His belly began bloating. There was so much fluid accumulation that he could not breathe. His lungs were under pressure. He was in so much pain. The doctors performed a liver biopsy. It confirmed our worst fears. Viraaj’s liver was failing. Naveen and Archana went to several hospitals in Mumbai and Pune hoping another opinion will give them hope. Everyone said that the only option was a liver transplant.”

Now they have very little time to save Viraaj

At the end of January, Viraaj was rushed to the hospital in a critical condition. Every test result was alarming. After 3 days of treatment, he was discharged. When he got worse, his parents came back to the hospital only to hear that they will lose their baby boy without an urgent liver transplant.

“His liver has failed now. There is nothing else we can do. Archana and Naveen are not a match. I am. I want to donate my liver to save Viraaj. My brother and sister-in-law are in shock. They are so depressed that they cannot even talk. They are just staring at Viraaj, holding his hand, as if letting go would mean losing him forever. He is my nephew. I have not gone even a day without seeing him in these past few months. Dr. Neelam Mohan, the most experienced peds surgeon in India, will be performing the surgery that will save Viraaj.”

This family is struggling to come up with the funds for the surgery in such short notice. The transplant is going to cost Rs. 16.8 Lakhs. Naveen is devastated and even after liquidating everything he has, cannot afford the surgery.

“He is just 5 months old, and has only seen pain. We need all the help we can get to give him the life we dreamed of.”

Viraaj is running out of time and he needs your help to get a new liver and survive.
Hospital estimate 2 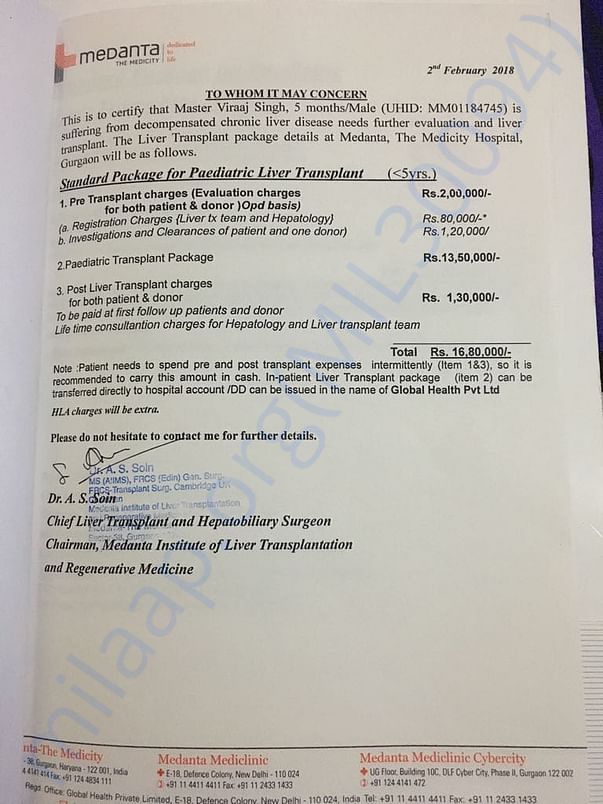 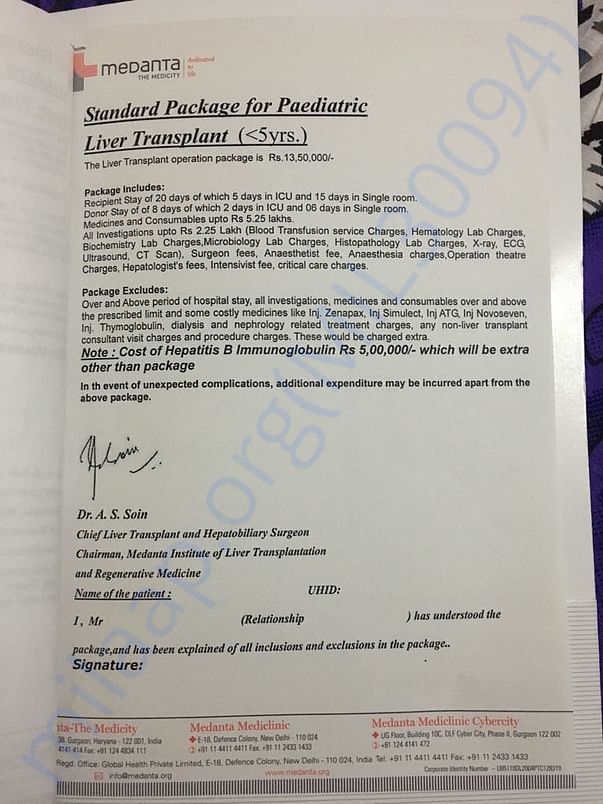 Thank you for the immense love and support!

I am glad to inform that Viraaj has recovered well after the surgery and has had no complications. He is presently on immunosuppressant medicines and weighs around 9 kilograms.

I am thankful for all the blessings you have showered.

Thank you for the support that you have shown towards Viraaj so far. He is doing good at present and his health is also stable. He had no complications in particular after the transplant. Based on health he was discharged from the hospital on Saturday (3rd March). He has been advised regular follow-ups to monitor his health.

Thank you all once again. Will keep you posted.

Here is a quick update on baby Viraaj's health.

Due to acute liver failure, baby's liver transplant was done before the scheduled date. The transplant happened on 12th February and the operation was successful. My brother is the donor of the same.

Currently, the baby is in ICU for close monitoring and will be shifted to the general ward in next couple of days. Doctors are of the opinion that the baby will be on regular medication for a long period of time to help him with recovery.

I would like to thank all of you for the wonderful support you have shown Viraaj.

We sincerely wish and pray that baby get relief fast.

We sincerely wish and pray that baby get relief fast.

VS
You are sending a message to
Viraaj Singh
Go back 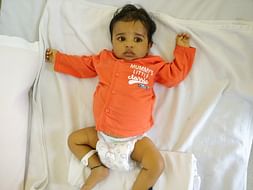