This is an appeal to save the life of a 3-month-old baby boy who was separated from his mother minutes after birth. He is fighting for his life and his helpless parents,  Anil and Chaya are struggling to keep him in the hospital. Anil is a delivery agent with blue dart couriers.

This Baby Has Never Been Out of Hospital Since His Birth

The baby was taken away from his mother minutes after his birth. He had difficulty breathing after he was born and was rushed to the neonatal care unit. Doctors recommended that he should undergo a lung surgery immediately. But Chaya and Anil didn't have the money to go ahead with the surgery. They shifted the baby to a Government Hospital and completed the surgery. But since they hospital did not have a neonatal care unit, they decided to shift the baby to Manipal Hospital.

They baby was put on the ventilator to support him. Anil has managed to collect nearly 1,80,000  from friends and relatives.  The bills have increased since the baby is in the hospital for the past three months.

He is suffering from multiple conditions and needs ventilator support. The baby's doctor, Dr.Karthik Nagesh, the baby is responding to treatment and has a high chance of recovery once he becomes stable. He needs to be hospitalised until he is fit.

This Mother Has Been Separated From Her Baby Just After Birth

Chaya didn't get a chance to even carry the baby for the first time. In pain, she could only catch a glimpse of his face and hear his cries while he was taken away from her.

Chaya's health deteriorated and she was advised to be on bedrest. Unable to  see her child, this mother has been moving into depression. No one in their family has seen the baby. The family has been suffering since the last three months without finding a way to arrange funds to keep the baby in treatment.

Chaya's poor health is not allowing her to be on work and the only person earning is Anil. But his income is not sufficient to cover the rising expenses. 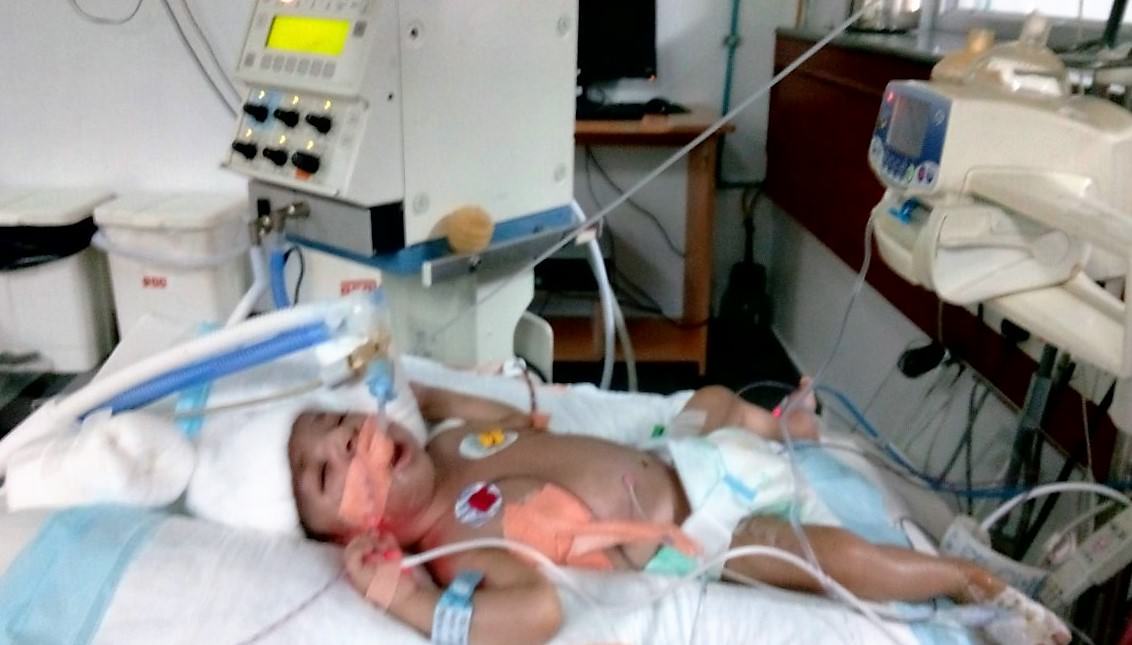 Your Support Will Help This Little Boy's Life

The only hope left with the couple is the generous support from us. This mother has to bear the pain of seeing her baby from far, not able to touch or feed him.

Our support will help this little one to get well and reunite with his parents. Let's help him stay alive.