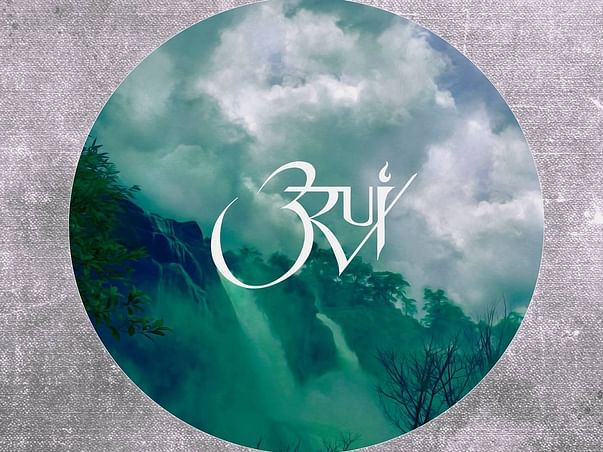 Share
Aruvi is an independent experimental fusion band based out of Delhi, focused on exploring different genres to bring a new perspective to music.
Found in 2014, the band has since established themselves in various landscapes of music via their renditions of songs, ranging from Carnatic to contemporary music. The band consists of 3 members, all focused on putting a new signature on how classical and contemporary music is perceived. The trio has been known for redefining the texture of ‘experimental fusion’ as a genre by incorporating vivid and conspicuous designs, derived from their years of musical training.
The band released two originals which made quite a buzz among aspiring and accepted musicians. They caught the wave then, which they continue to ride with shows and gigs around the country.
Why crowdfunding?
Aruvi wishes to release their first music album early next year. The band is brimmed up with ideas and pitches for their album on a creative end. The crowdfunding is, however, a shout-out to all the upcoming musicians and music enthusiasts to help Aruvi financially support the expenses and logistics of the album. The album has been a long-nurtured dream of all the members before they discovered themselves and each other as musicians. Every contribution would reflect the amount of support and encouragement the band needs. Aruvi has also reached out to sponsors but a crowdfund reinforces the belief in the artistic community that nurses the common vision; to better the world through art.
Why support Aruvi?
Aruvi, as a collective has transitioned over time as a good bottle of wine. From being individually accomplished in their respective fields to registering themselves as a growing contemporary fusion band, they have managed to master the nuances of music, both in theory and in practice. Their first album is an attempt to prove the same. Although, majorly a trio, Aruvi is equally focused on providing a stage for upcoming talented musicians. Through their first album, they wish to collaborate with musicians and artists who foster the common dream. Aruvi needs your help to make that dream a reality. Every donation count, for it creates room for them to include more artist and make the album the spectacle it deserves to be.
Who are the core members?
Shyam, the vocalist of the band is well-acclaimed as an artist in the major music scenes in and around Delhi. Backed with years of experience in Carnatic music and a brilliantly-structured understanding of vocals, he put himself on the map with successful gigs, glorious orchestra performances and a stage-performance with Shahabaz Aman. He currently works as an independent artist capturing his muses on canvases. He is also part of the Delhi based band, Nandan Borker Collective.
Prabhat, the percussionist is a respected tabla player who completed his bachelors in Indian Classical music, with majors in Tabla and Indian Rhythms. He is an active tabla player who has several feathers in his hat, including representing India internationally at Ethno Music Exchange in Belgium and Germany in 2015 and Sweden in 2016. He has also successfully toured with Kalatva Collective in Germany, UK and Poland. Prabhat is also associated with Music Basti, an NGO focused on educating underprivileged children in music. Currently, he is pursuing his Masters in World Music and Improvisation from Academy of Music and Drama, University of Gothenburg, Sweden.
Arun, the keyboardist in the lot is a successfully established pianist in the Delhi circle. He has been vital in the growth of several independent local bands in the city. Having mastered the elementals of keys at a young age, he has experimented with several genres of music, extensively Carnatic, Hindustani and World music. Arun, as an experienced sound engineer and arranger, plays the pivotal role of ensuring the band sounds just as good on paper as they do with headphones on a breezy whiskey-like night.
How will the contributions be utilized?
Every penny counts in an artist’s world. So here have some very cool give away for those helping us make our dreams come alive.
Rs. 100 – Shout out
Rs. 200 – Badges + Shout out
Rs. 500 – Album CD + Badges + Shout Out
Rs. 1000 – T-shirt + Album CD + Badges + Shout Out
Rs. 2000 – (VIP) Entry pass + T-shirt + Album CD + Badges + Shout Out
Rs.3000 – Song Cover + (VIP) Entry pass + T-shirt + Album CD + Badges + Shout Out
Rs. 10,000 – Name as Producer on Album and Gig + Song Cover + (VIP) Entry pass + T-shirt + Album CD + Badges + Shout Out.