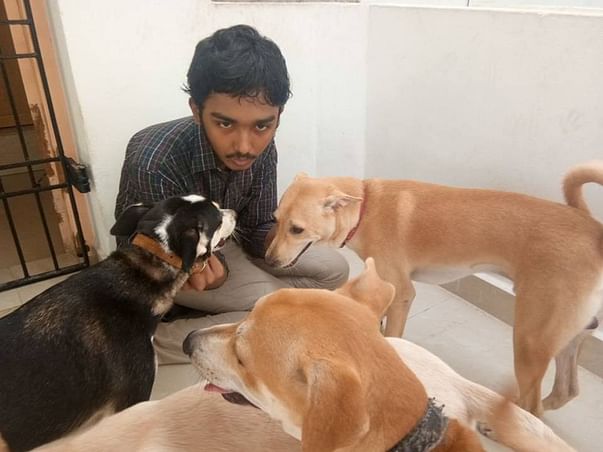 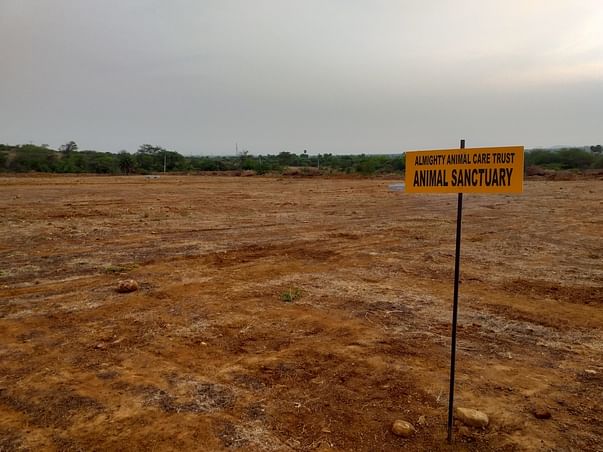 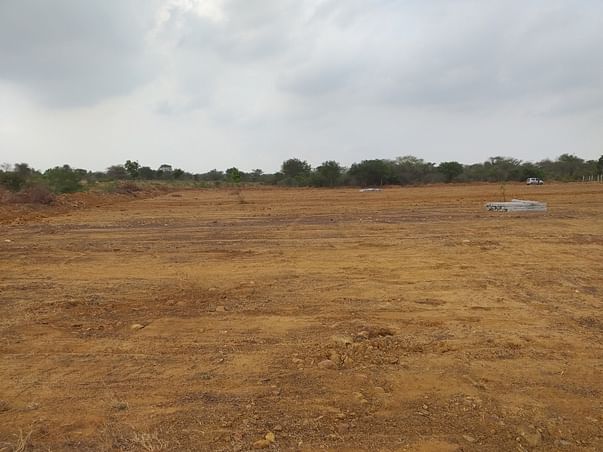 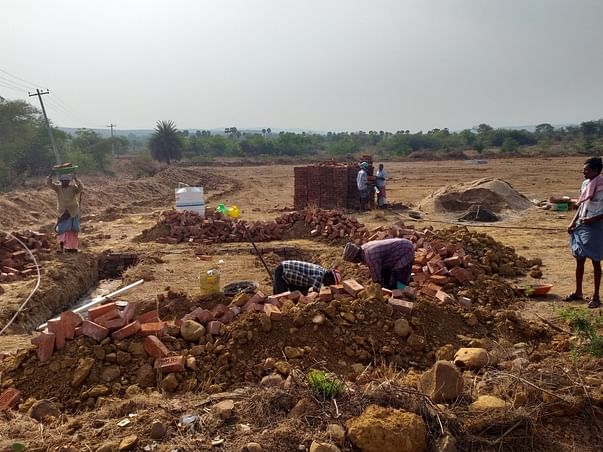 Share
Teen animal activist sets up dispensary near Chennai - The Times of India
Here's How An 18-YO Animal Activist Is Building One Of The Biggest Animal Shelters In Chennai - India Times
This 18-year-old from Chennai is building one of the biggest animal shelters in city - The New Indian Express
Meet the teen activist who is building one of Chennai’s biggest animal shelters - YourStory
Youth on a mission to protect animals- The Hans
This Chennai teen animal activist plans on selling his family's house to build a shelter - TheNewsMinute
18-year-old animal rights activist from Chennai struggles for funds to build sanctuary - Times of India
About me:

I am M. Sai Vignesh, an 18-year old Animal Rights Activist and Rescuer.
I am going to pursue law since it'd enable me to fight for animals even more legally.

My father is a scientist and my mother is a homemaker.
My interaction with animals started during my early childhood as I had seen my grandparents feeding the stray animals. They were my source of inspiration as they always used to tell me that it is important to help others in whatever means possible to bring a ‘meaning to why we were born’.

My family had a dog named Bhairava, he passed away when I was 5 years old. I started missing him and slowly started feeding stray dogs when I was 7 years old. I increasingly grew fond of animals and tried to do whatever I can for them.

When I realized that my way of living (food and other means) is contributing to animal cruelty, I turned into a Vegan in 2016.

I have been constantly rescuing and rehoming animals in need however possible.

During the 2015 Chennai floods, I could find homes for few rescued pups. When Chennai was stuck by Cyclone Vardah in 2016, I was able to rescue few birds and pups from the disaster. This is how I actively got involved in animals rescues and today my house is a home to 15+ rescued dogs.

I also have more rescued animals (few paralyzed, few abandoned and few critically ill animals) at the paid boarding centers as my house doesn’t have enough space to have them all.
I was fortunate enough to find loving adopters for more than 150 homeless pups and kittens. I had the opportunity to rescue and get hundreds of injured/distressed animals treated.

I am trying to do my best in whatever way I can to help animals – be it rescuing or raising my voice against animal abusers by filing cases or raising awareness about the importance of being compassionate to animals.

I develop websites as a part time job and the money I earn there goes to most of my rescues. My father also supports me by giving a part of his salary.
Until last year, my grandfather used to help my rescues financially by offering his pension money but today he is no more.
Chennai NGO run by teen rescues stray dogs - NewsToday

About the start of an organization:

I started an organization named Almighty Animal Care Trust in 2017 to help animals in a more organized and better manner.

We work to make the lives of the animals better by fighting for them legally, rescuing, vaccinating and sterilizing them.
We also try our best to raise awareness among the people about how animals are equally important in this universe and they too deserve respect in our society.
They have the right to live in this planet as we have!

My dream is to build a Sanctuary for animals with a medical dispensary.

Since we are living in a rental house, we have faced issues with the house owner(s) as we have rescued animals at home. We have shifted around 8 houses in the last two years.
It's one barrier which prevents me from helping more animals.

Due to lack of space, with heavy heart I am not able to rescue large animals like cattle, donkeys, etc... Irrespective of the animal (a dog or cat or cow or hen or goat), I am keen to help as many animals as possible and for that to happen, I have decided to build a sanctuary with medical dispensary.

A kind-hearted human has donated his land (around 8.23 acres) in Thiruvallur to be used as a sanctuary & medical dispensary for animals.
We have initiated the process and now we require your support to help more sentient beings.
The estimated cost for a sanctuary with basic necessities such as rooms for animals, caretaker and a medical dispensary along with complete fencing is around Rs. 1,000,000.

To begin with, we will be using 2 acres of the land for the animal sanctuary.
I would be humbled if you can come forward to help us build this sanctuary for the animals.