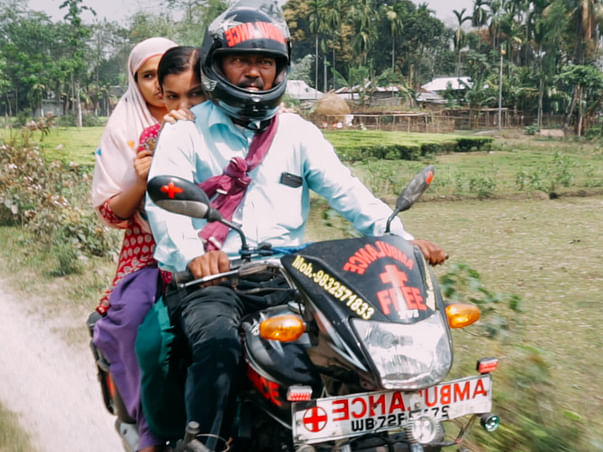 With your support, we could set up Manoseva Hospital to serve the poor. The entire treatment will be free of cost for the patients. The work is in progress. The ground floor is ready but due to shortage of funds the first floor is still pending and also we are not able to buy the equipment required to run the hospital.

Please continue supporting us and help us complete the hospital work and reach out to the needy people who are dying without treatment.
Karimul Hak lost his mother 30 years back because he could not afford an ambulance and no one helped him while taking her to the hospital. A few years later, when his co-worker Azizul fell sick, Karimul was determined to make sure that history did not repeat itself.