Help Akash fight a cancerous tumor in his body | Milaap

Help Akash fight a cancerous tumor in his body 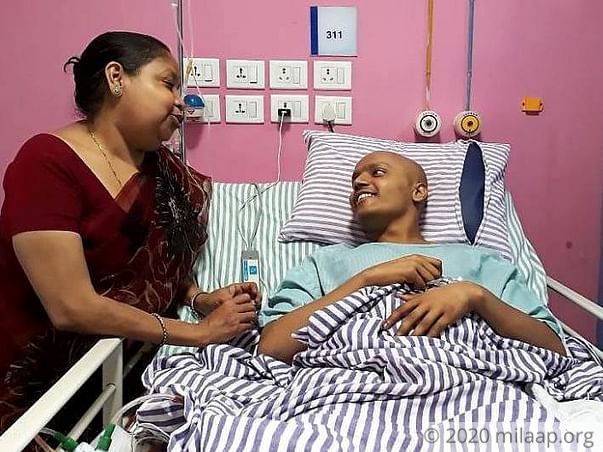 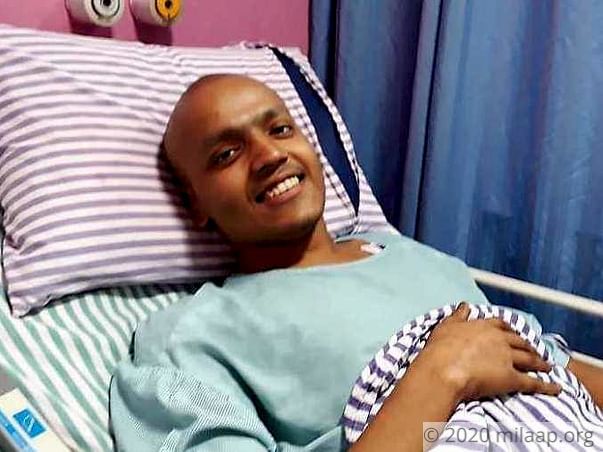 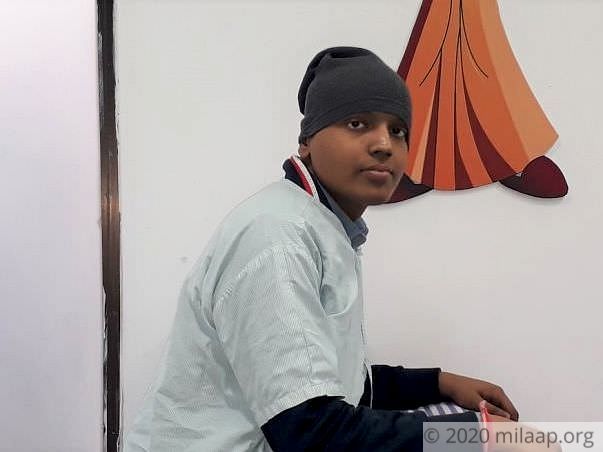 Two years ago, my son met with an accident. So, when he complained of pain in his hip a few months ago, I thought it was because of his accident injury. He’s only 21-years-old. We thought he had his entire life ahead of him, but two months ago, he was diagnosed with the unimaginable – cancer. He was studying to become a chartered accountant. Now, his entire life is at a standstill. My son’s future is in the hands of a dangerous disease, and without urgent surgery, I don’t know how long he will live.


Akash tries to stay positive even in pain

Akash was studying for his final exams in May when he suddenly complained of severe pain in his hip. In two days, the right side of his hip had swollen up. Even then, I never thought it would be something as serious and fatal as cancer. We took him to the doctor to get a few tests done. The moment the doctor said the word ‘cancer’, I didn’t know what to say, I was so shocked. I looked at him and saw that instead of breaking down, he stayed calm and collected. I started crying uncontrollably. I just couldn’t believe what I was hearing. They told us he had a tumour in his pelvic bone. The only cure for him is an urgent surgery and chemotherapy.

Every day that he goes without surgery, the tumour is only getting more aggressive. There was no time to waste, so he started chemotherapy immediately. He’s completed 5 cycles so far. He’s getting closer to the date of his surgery, but if we can’t arrange the funds required, he won’t be able to go through with it. With each passing day, our worries are only increasing.


Akash with his cousin

Akash has been so strong through all this. Cancer might have made his body weak, but it hasn’t broken his spirit. He’s always motivating himself. Whenever he feels a little low, he starts listening to his favourite music or watches a movie. I know he’s in unbearable pain, but he smiles through it to not worry us.

We’re really blessed to have such a strong, caring and responsible son. I have been suffering from a kidney problem for a few years now, and Akash has always made sure to take care of me. I wish I could carry this pain for him. He’s too young, he has too many hopes and dreams. It’s all come crashing down because of cancer. If he doesn’t get the surgery soon, the tumour will quickly spread to the rest of his body. There will be no way for me to save my son then. As a mother, that's my greatest fear.

Akash’s weekly medical bills are much more than what he earns in a month. How can we afford to pay for his surgery? I don’t think we can ever forgive ourselves if we lose our son because of our financial condition. He’s been very brave and made it so far, we can’t let him down.

Akash’s tumour in his pelvic bone will spread to the rest of his body if his surgery is delayed any longer. The surgery will him a good chance at recovery, but his parents don’t have the means to help their son live. Akash needs the surgery as early as 28 March, without which, he won’t make it.

Your support will save Akash’s life. 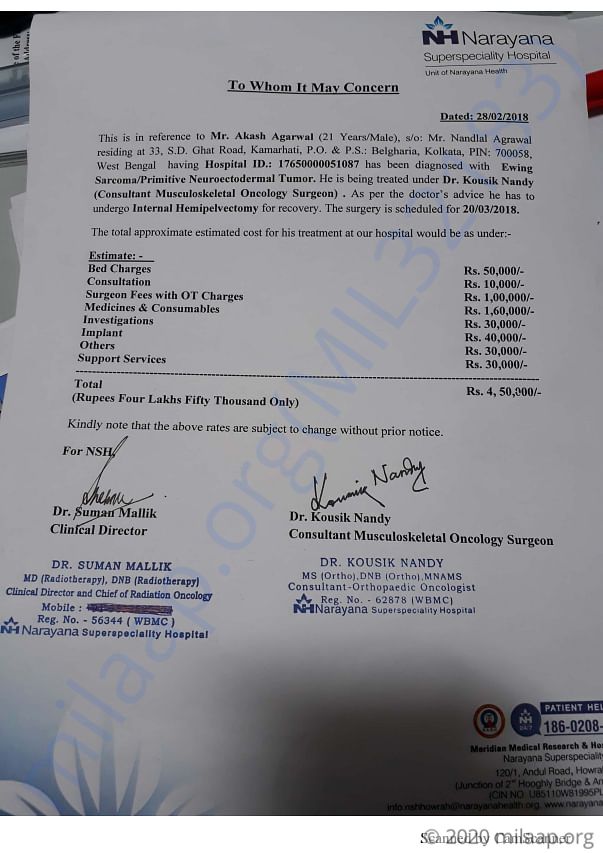 Report fundraiser
See how thousands are crowdfunding for their causes on Milaap
Rs.6,390 raised

Donated to this campaign via Paytm? Click here if you can’t find your donation listed below.
A
Anonymous donated Rs.100
V
Vikas donated Rs.500

Donated to this campaign via Paytm? Click here if you can’t find your donation listed below.
A
Anonymous donated Rs.100
V
Vikas donated Rs.500 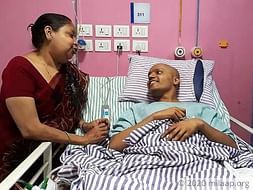 Help Akash fight a cancerous tumor in his body