Help Educate Tribal Girls: Empower Them For A Brighter Future | Milaap
This campaign has stopped and can no longer accept donations.

Help Educate Tribal Girls: Empower Them For A Brighter Future 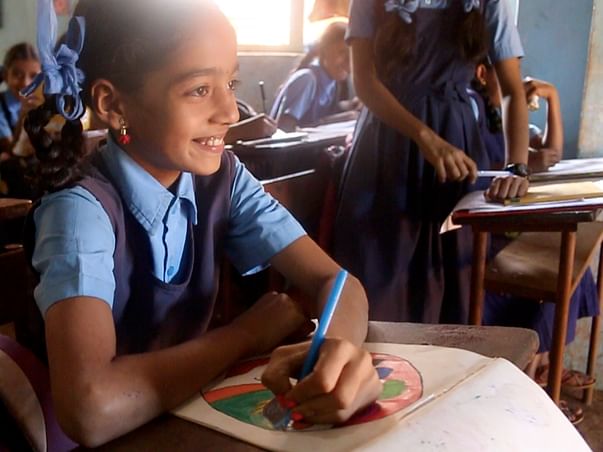 We are the Students' Council of H.R College of Commerce and Economics, Mumbai, a student body organisation which along with its involvement in the student community of the college, is also engaged in various social and welfare activities. We have collaborated with Yusuf Meherally Centre (YMC), a 56 year old organisation, for supporting the work done in the field of education by them in a small village called Tara, in Raigad, Maharashtra.

Tara is located 17 kilometers from Panvel, near to the Karnala Bird Sanctuary, on NH66. It’s a small village with about 150 families residing in it. Most of the villagers are engaged in farming. It is blessed with an abundance of ecological varieties. The village also has a progressive civil society, which was once crippled with problems of alcoholism and abandonment of women, is now completely free of liquor and tobacco, and have a robust self governing system with almost every family being represented in the Panchayat committee.

Yusuf Meherally Centre is a voluntary organisation that predominantly works towards mainstreaming rural development. The centre was started in 1961, in the memory of Yusuf Meherally, popular socialist leader, freedom fighter and former mayor of Bombay, who famously coined the term ‘Quit India’. It was formally inaugurated in 1966, by the then Vice- President of India Dr. Zakir Hussain, the organisation is chaired by its founder, Dr. G.G. Parikh, a prominent socialist leader and freedom fighter himself.

The centre in its initial years worked towards promoting national integration, addressing problems of urbanization and later on organised various cultural and intellectual activities.
Since the early nineties, it is actively engaged in developing and promoting a replicable model of rural development based on micro-watershed development, organic farming, non-conventional energy and village industries.

The organisation, currently,  has a national footprint working in the field of education, employment generation and disaster relief.

Yusuf Meherally Centre started its operations in Tara in 1965, when it visited the village to organise a one-day health check-up camp. They received a response of 315 villagers, for trivial medical help, but facilities for which weren’t earlier available or accessible. Observing the deficiency, the organisation became involved with the village through continued healthcare intervention in the form of ‘Sunday Clinic’, a weekly one-day medical help camp.

This was later developed into a medical centre, a 35 bed hospital and then later on, through increased involvement, women’s support and thrift groups were set up, micro production activities like oil milling, soap making, food processing and other small village industries were established. In 1993, the centre also established a school.

At present, Yusuf Meherally Centre, Tara, has come to sit on a 150 acre campus and is the hub of activities for 20 villages around it. Villagers are mostly of the Katkari tribe whose women have suffered due to abandonment and alcoholism among its men. Children had been denied education, and therefore, opportunities.

In 1993, the centre started a high school, Bhanuben Pravin Shah High School. It took time for enrolments to pick up in and around the village. But the children from adivasi communities were particularly deprived of education, owing to the employment pattern of its members. The centre observed that adivasi children had to migrate with their parents, who found work in brick kilns and coal mines, denying them access to education. The Centre, working with the state government, came to the conclusion that for making education accessible to adivasi children, then it was imperative to remove them from this migratory cycle.

Similarly, girls from other lower income families had to drop out of their education after completing their primary schooling due to the unavailability and inaccessibility of high school education as secondary education schools were located 7-10 kilometers away.

On July 2, 2009, YMC opened a hostel for girls from adivasi, dalit and below poverty level communities, at Tara. The hostel building was constructed with a grant given by the Government of Maharashtra. It had an initial capacity of 50 and housed 20 girls in its first batch of students. The capacity has been increased to 100, with the strength at present, swelling up to 104, with more enrollments expected to happen in the next academic year.

The centre provides for the accommodation, food, clothes, uniform, books and other necessities and school supplements for these girls. The centre expends ₹15,000 a year for sponsoring the education of one girl, who is a hostel resident. These expenses are largely financed through donations and fundraising activities.

The hostel building recently underwent patchworking to fix rainwater leakages and the center has constructed an additional floor on it, increasing the capacity by 30, taking the overall capacity to 130 students. The center also plans to build a library, a study room and a computer lab on the new floor. A badminton court in the hostel grounds is also in plans.

The YMC girls’ hostel is situated in the compound of Bhanuben Pravin Shah High School, Tara. It is a marathi medium school under the Maharashtra State Board of Secondary and Higher Secondary Education. It is an aided school - the salary for the teaching staff is paid for by the State Government, while all other expenses involved in running the school is borne by YMC. The school has a total of 657 students, across all classes, coming from 20 villages. The school has been maintaining a great academic record with the overall pass percentage of 12th standard was 86.66%, in 2018.

Enrollment in good schools and accessibility to good quality of education has increasingly moved on from being a luxury, to a necessity in today’s world. Education has become an inalienable right. The work done by organisations like YMC, have helped empower various communities, who were earlier impoverished due to lack of opportunities, by solving bottlenecks and offering last mile solutions through coordinated and concerted efforts. They have also worked actively to change deeply entrenched views and beliefs of orthodox societies, and empower women with knowledge and equip them with skills to make a living for themselves and realise their dreams.

But with the additional capacity of 30 students, the hostel expenses are going to significantly increase. Through this initiative, we aim to raise funds to help support the good work being done by YMC in providing accessible education to adivasi girls, residents in the YMC hostel, whose parents are migrant labourers working in fields, brick kilns and coal mines across Maharashtra and face difficulty in affording the education and hostel fees on their own.

To sponsor the education of one girl child per year, it costs ₹15,000. We are looking forward to raise funds to sponsor the education of at least 15 adivasi girls. The funds raised will be used to bear the education and hostel expenses of these girls, and also to improve the quality of their education by away of implementing various proposed improvements to the hostel. It is, however, important to note that the funds raised through this platform will contribute to the overall corpus that Yusuf Meherally Centre maintains to run the school and hostel facility, and does not directly sponsor the education of any particular individual girl. The organisation believes in the equitable distribution of resources among all its hostel resident students, and the direct sponsorship of one girl child by a donor, would in effect mean someone else losing out, which in turn creates an unwanted artificial difference between the girls.

YMC believes that education is the one stop answer to a better and brighter future. This small step enables a family to cut through the vicious cycle of poverty that has been accepted as a reality through generations. People need to be empowered by education to live a dignified life, because it is their right.
By contributing to this humble cause, you will help YMC to make a study room, a library and computer lab and help more adivasi girls get quality education. We request you to support our fundraiser by any contribution from your side. Your help and support can help build a future for these girls.
Ask for an update
Donated to this campaign via Paytm or bank transfer? Click here if you have not received an email confirmation from Milaap.
Dear Supporters,

Thank you for your support.
After receiving a pleasing response of Rs 1,28,690, we are planning to pause our campaign for a while as the academic year 2019-20 has come to an end.
We may resume our campaign again in next academic year with more enthusiasm.
Being a student body, we have raised adequate funds which are been used for the yearly education and various other fields of the organization like building a computer lab, sports ground which is equally necessary for the overall development of the tribal girls.

We once again extend our gratitude for your virtuous contribution and support.

Thank you for the enormous support. After receiving an immensely overwhelming response of Rs.1,22,890 we are trying to achieve our target of raising Rs.3,00,000 and hence, we want to continue our campaign for next  four months.

We have transferred Rs.1,00,000 to Yusuf Meherally Centre with an intention to support as the organisation was in an urgency of funds.

We are grateful for your support and we are withdrawing a part of the amount to support our campaign beneficiaries. Yet, we are continuing our campaign further.

Keep Supporting and let this relationship of ours be a never-ending  one.
Thank You.
Load more
Donate

Report fundraiser
See how thousands are crowdfunding for their causes on Milaap
Rs.128,690 raised

You are sending a message to
Students Council of H.R. College of Commerce and Economics
Go back 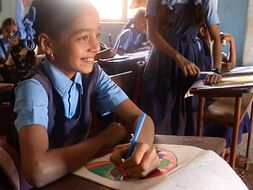 Help Educate Tribal Girls: Empower Them For A Brighter Future