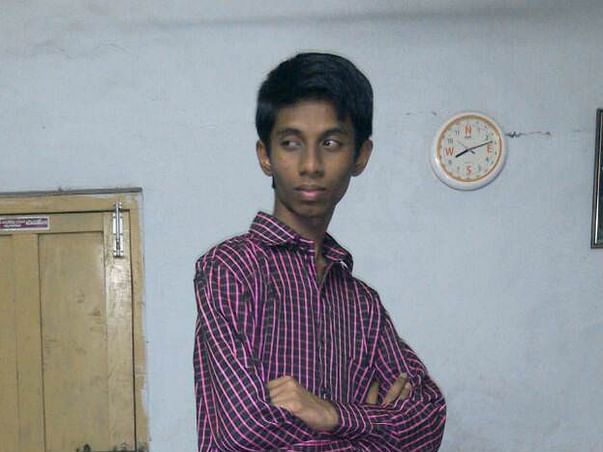 STORY:
His name is Abhishek Goud Akkapalli. He unable to pay his Engineering Tution Fee due to his father health condition is not well.
In his childwood, his parents joined him in a nearby school named Vigyana Bharati where he completed his Kindergarten. After that, due to financial crisis, his family moved to other cities in search of jobs and couldn't find a good one. In that process, they couldn't join him in a school and a few years of his childhood were wasted with no proper education. Next, joined him in a nearby government elementary school where he studied Class 1st and after that, directly they joined him in Class 3rd to cover the loss.

He studied Class III in Amalapuram under the guardianship of a friend of his father. After that, they came back to home town where he joined in a nearby Government High School. His parents joined him directly in Class VI. He continued to Class X in that school. He scored 9.3/10 GPA in Class X and stood as one of the toppers in the school. After that, we joined him in a nearby private junior college named Ravi Junior College where he completed Class XII with 97% marks and stood as the college topper.

It might take us upto Rs. 3 lac+ to complete his B.Tech.He is at his first year of B. Tech and haven't been able to pay the fees due to his fathers medical condition.
ABOUT BENFICIARY:
His father's name is Srinivas Akkapalli who is suffering from unhealth. So he is unable to work.
We want to raise fund through this campaign against the Fees for four years of B. Tech and his hostel fees.

Kindly contribute whatever you can to help her complete the education. Your contribution means a lot.

Donate
0%
Be the first one to donate
Need Rs.312,000
Card, Netbanking, Cheque pickups
Or Donate using