Only 600 Grams At Birth, These Twins Need Help To Survive | Milaap
This is a supporting campaign. Contributions made to this campaign will go towards the main campaign.
Milaap will not charge any fee on your donation to this campaign. 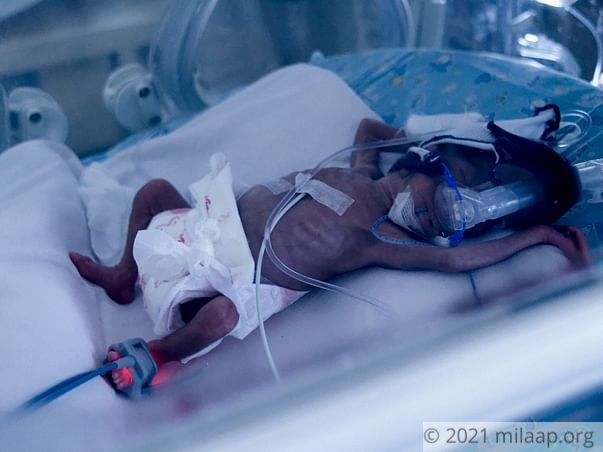 When Piyali told her family she was pregnant, she had different people give her different advice – all the do’s and don’ts of pregnancy, some logical, others superstitious. Piyali, though overwhelmed, did everything she could to ensure a safe and healthy prenatal life for her babies. But nothing could prepare her for what was coming. In the 6th month of her pregnancy, Piyali then noticed that she was bleeding profusely. Terrified for her babies, she called out to Sagar who hustled to call for an ambulance. Piyali was slowly losing strength and consciousness.

Piyali and Sagar’s twin babies were born on January 3rd, in the wee hours of the morning. At just 600 odd grams each, they were extremely weak, fragile and just not strong for a world outside their mothers’ womb.

They will only get stronger with continued NICU care

Now, their babies need to stay in the NICU for at least a month to get stronger and healthier, so that the new parents can take them home – their only wish and prayer every day since their birth. Their baby girl and boy are just 12-days-old and have fought bravely till now and can make it only with your support.

The past three years have been the most difficult for Piyali and Sagar. Ever since Piyali was accidentally pushed off the train because of the crowd and injured her left hand, she had to stop teaching at the primary school near their home in Kolkata. Now, Sagar is the sole breadwinner of the family, working for a private company. Their journey has been anything but smooth sailing, but nothing has left them as devastated as the unfortunate fate of their newborns.


“Now all we do is stay in the hospital. I haven’t gone to work since their birth, I don’t know how I will even be able to think about anything else. They’re so small. They can’t even breathe on their own. We’re supporting to be protecting them as parents, and we haven’t even been given that chance.” - Sagar, father.

The only thing the parents can do now is pray, but we can come together to save their twins

“Whenever my relatives call me, I ask them to pray for our babies. That’s all I can do now. I’m in no position to ask them for more money, and there’s only so much they can help us.” - Sagar

Sagar has spent nearly 2 lakhs in these 12 days, and 13 lakhs more is beyond his means. The babies need the warmth and love of their parents, instead of the cold bed of the NICU and the numerous tubes attached to their little bodies. They can get timely treatment and get stronger with your support - it's the only way they can go home. 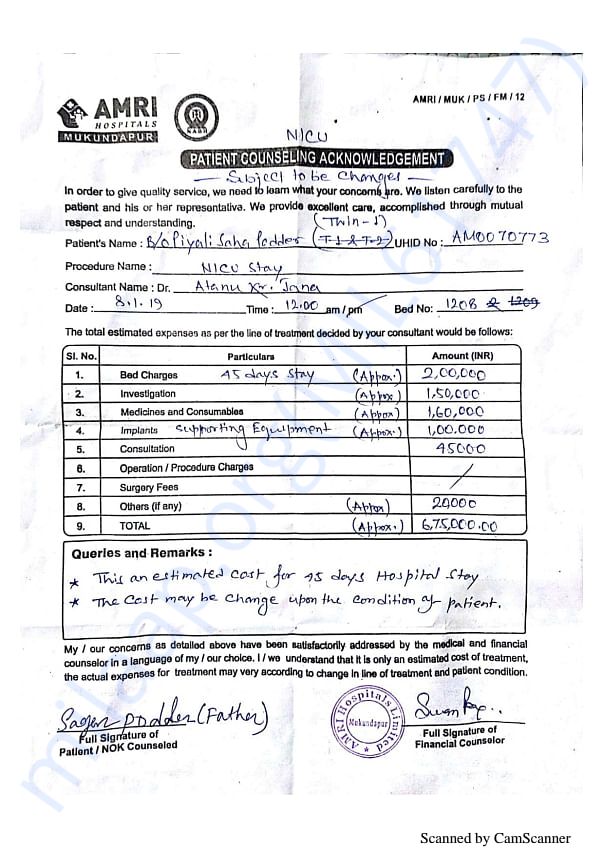 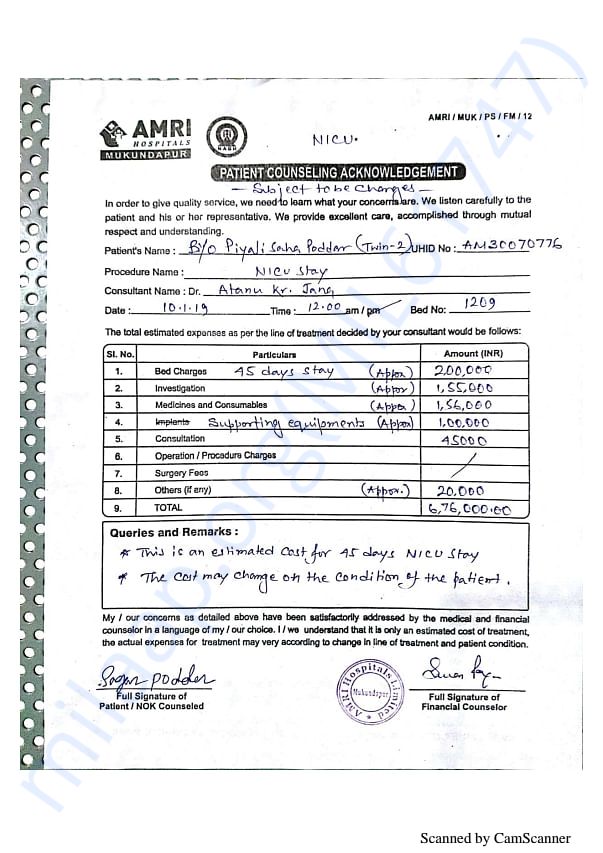 We would like to inform you all that the babies are doing fine and are in good health. They come for check ups regularly.

With a heavy heart I inform you all that my baby son passed away. He was very vulnerable and could not survive.

My baby girl is still in the hospital and is fighting through. She will have to stay in the NICU till she is about 2kgs. Right now she weighs 700gms.

I do not want to lose another child. Please keep supporting us by sharing this campaign.

Scan & donate with any app
check_circle_outline Download payment receipt
Report fundraiser
Know someone in need of funds for a medical emergency? Refer to us
Rs.7,000 raised

Donated to this campaign via Bank transfer/QR Code? Click here if you can’t find your donation listed below.
P
Preetha donated Rs.7,000

Sending lot of prayers for your kids, stay strong... soon everything will be fine

Donated to this campaign via Bank transfer/QR Code? Click here if you can’t find your donation listed below.
P
Preetha donated Rs.7,000

Sending lot of prayers for your kids, stay strong... soon everything will be fine 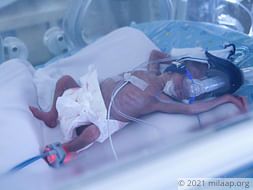