Where do you get water when you don’t have a sink in your kitchen? | Milaap

Where do you get water when you don’t have a sink in your kitchen?

Shares
Shares
Share on whatsapp
I went to visit Valarmathi in her town of Musiri, about 40 kilometers outside of Trichy, Tamil Nadu. Valarmathi was sitting on the stairs of her pink house when I arrived. It was almost 9a.m., and she was getting ready to open up her shop for the day, which is attached to her house. She sells small snacks, soaps, and other convenience items. 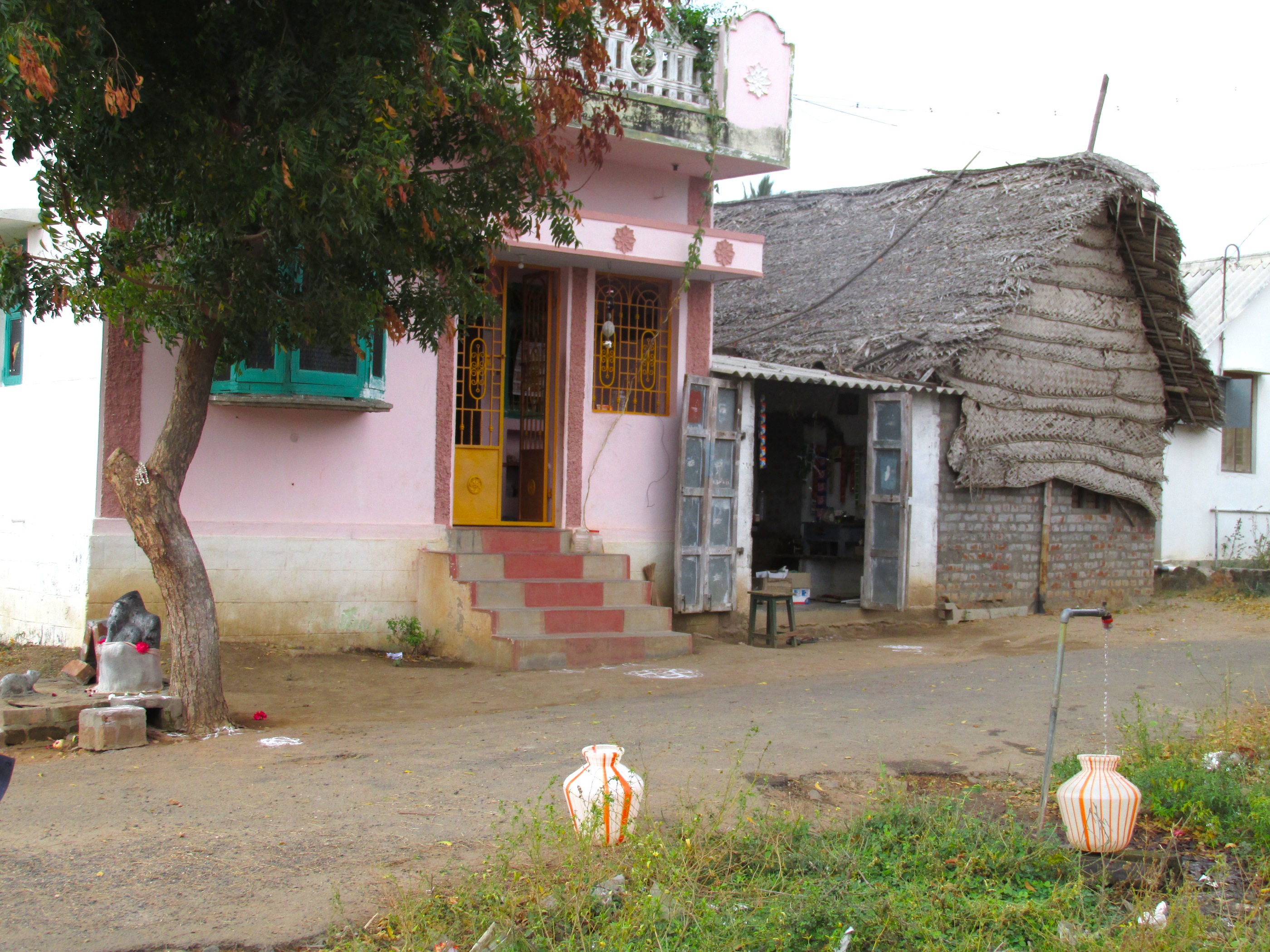 Valarmathi led me through a brightly painted doorway into her the main room of her house, which has a floor made of beautifully colored tile. On a shelf in the next room I could see a few model cars, which I pointed out to Valarmathi. She got up and brought them over for me to see, and told me that they are her son’s from when he was a boy. “He has always been interested in cars. Now he sells used ones and even rented one a few months ago,” she said. Owning or renting a car in Musiri is very rare; the dominant forms of transportation are motorcycles, motorized two-wheelers, and public and private buses. 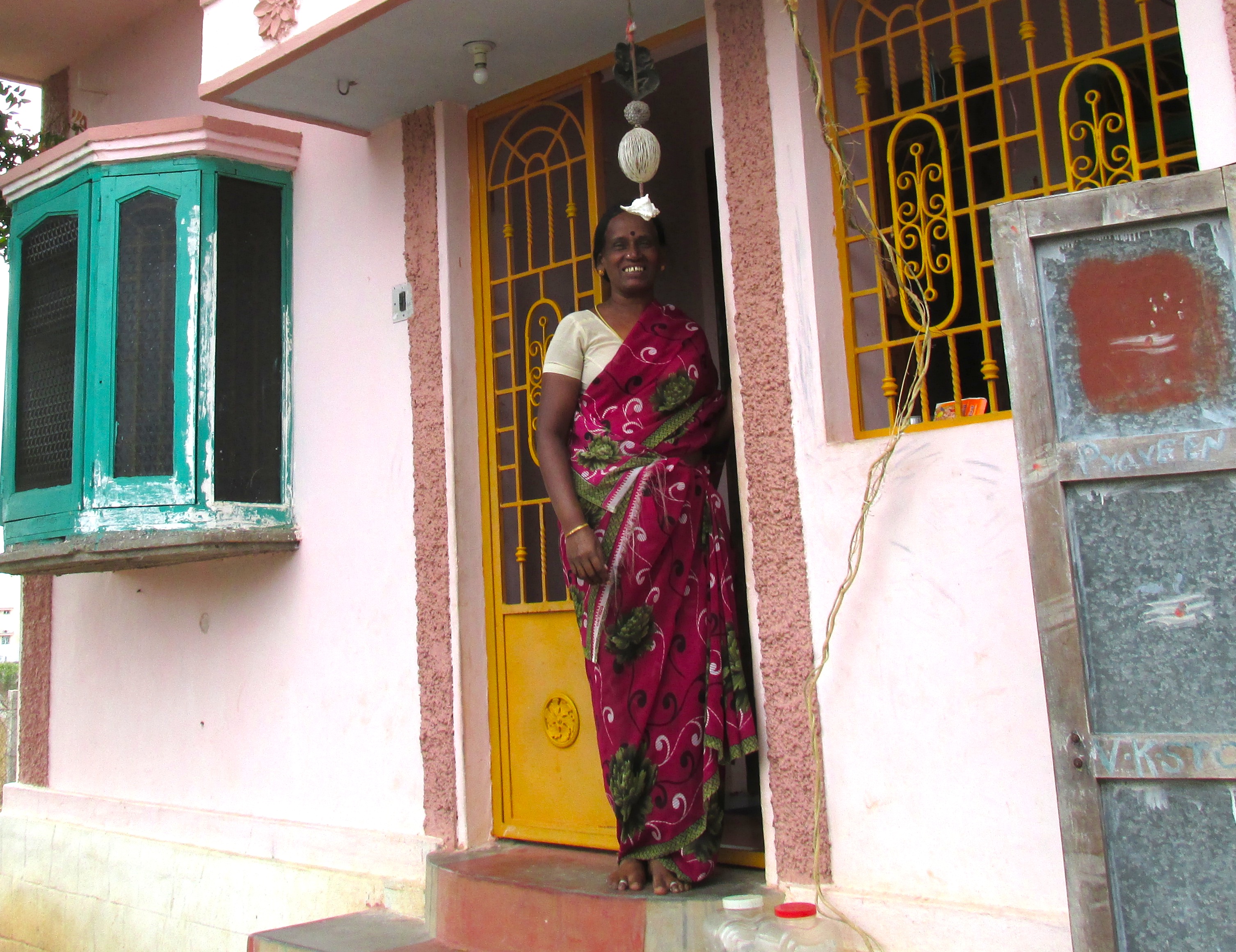 Valarmathi took me into the back of her house. Under the stairs was a cement water tank in the ground with a water connection attached. She said that she used to get water from the street tap, which is used by 10-15 families each day. Carrying the water jugs to and from the tap was making her knee pain worse, so she decided to install a household water connection. Additionally, her kitchen is in the back of her house, so she would have to carry the water through the main room of the house.  Valarmathi was all smiles, and was very content with her new water connection. 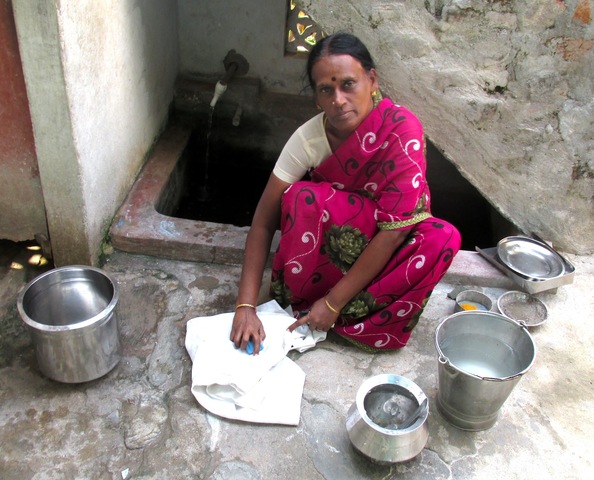