Truptiben, like many other businesswomen of Dhrangadhra, was born and brought up in the district and has spent most of her life in a business whether it was the production aspect of it or distribution.

41-year-old Truptiben is in the food business. She buys ingredients in wholesale and makes khakras, theplas, mukwas and other such snack items which she later sells in her shop. She also sells these food items to other stores in different areas for example, her jeeju's (brother-in-law's) stall at the Ahmedabad station. Truptiben took this loan sometime around Diwali and this well-timed loan helped her buy plenty in wholesale. Not only did she buy ingredients for her snacks; but she also bought colors, fire-crackers and other Diwali-related merchandize. As she reminisced, she told me, "It was such a new and exciting experience for me. I had never seen profits like this before. And, it wouldn't have been possible without the loan."

Truptiben had taken a Rs 15,000 loan and the profits she saw that Diwali after the loan were almost upto Rs 30,000. 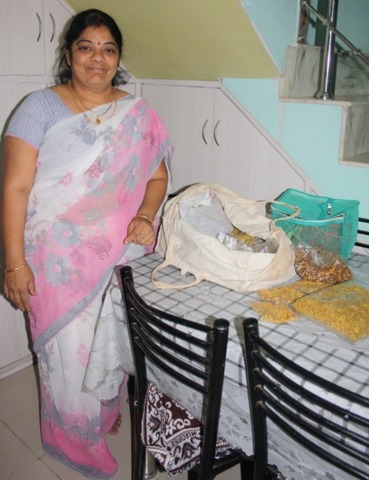