Terrified Of The Painful Injections, 3-Year-Old Is Unaware Of The Deadly Cancer Claiming His Life | Milaap
Receive tax benefits by donating to this cause.

Terrified Of The Painful Injections, 3-Year-Old Is Unaware Of The Deadly Cancer Claiming His Life 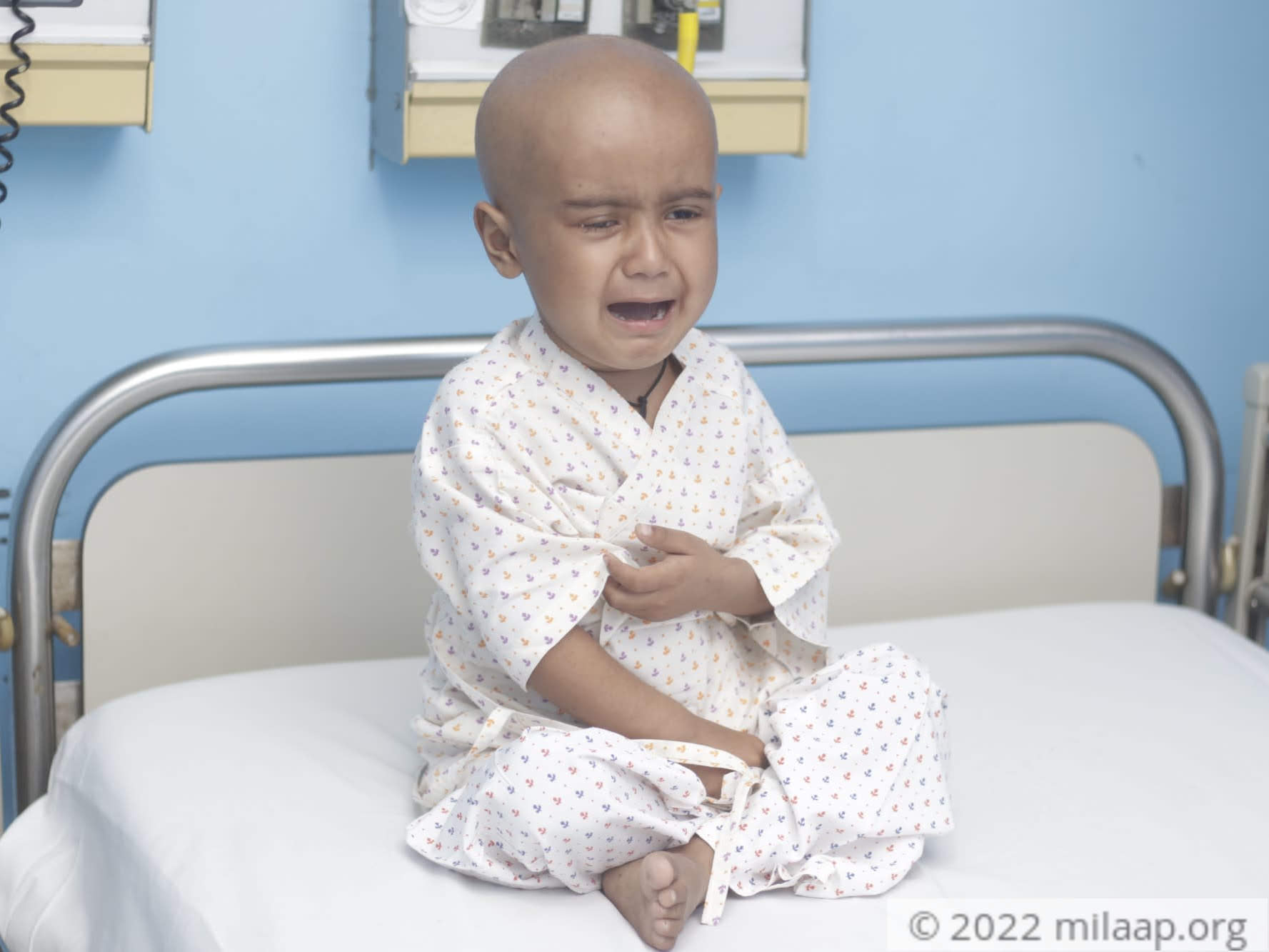 "Shaurya is only 3 years old and keeps telling me that he wants to be a doctor. Any other parent would have been overjoyed hearing this, but the real reason broke our hearts into pieces. Since the past 3 months, my son has been bed-ridden because of blood cancer and his life has only revolved around doctors, injections and hospitals. Seeing my son's innocence makes me tear up. The high dosage chemotherapy has been too harsh on my little one and not a single day has gone by when I haven't heard my child's painful cries." - Niranjan, father

The lumps on Shaurya's neck actually turned out to be cancer

The first time Shaurya fell sick was in December, due to dengue. He was put on medication for it, but his recovery was extremely slow. Shaurya's parents, Pushpa and Niranjan, assumed that their son's weak condition was just after effects from dengue. But days turned into weeks, and Shaurya's fever just wasn't going away. Soon, there were lumps on his neck and that's when his parents got extremely worried for his health.

They ran all kinds of tests, and this time the reports suggested that it wasn't dengue but acute lymphoblastic leukemia, an aggressive form of blood cancer. Just when his parents were trying to wrap their heads around his diagnosis, the news of his treatment amounting to over INR 10 lakhs, crushed their only hopes of his recovery.

Seeing cancer destroy her child, this mother is heartbroken

Pushpa was in complete disbelief when she found out that the same blood cells that should be responsible for protecting Shaurya's body were instead malfunctioning and turning into deadly cancerous cells.

"At first, I refused to believe that those were my son's reports. I was so sure that they messed up, because how can a 3-year old baby get such a terrible cancer? My son had never fallen sick earlier so it must have been some mistake. But when my son's blood counts kept dropping so low that he would turn completely pale and had to be revived through blood transfusions, my faith began to waver." - Pushpa, mother

Struggling to even afford three meals a day, this father has no means left to save his son

Being a farmer, Niranjan earns a daily wage which is enough to provide themselves with basic amenities. Arranging INR 10 lakhs for Shaurya's chemotherapy through the meagre income he made from farming is absolutely impossible.

"For me, I would consider those days as a blessing when my family and I could manage to have all three meals a day. I had started saving the day Pushpa told me she was expecting, but even in my worst dreams, I couldn't have imagined that my savings, for my son's future, would be used up to keep him alive just so that he could live to see that future. But I can't give up, no matter how hard I have to struggle or even if I have to sell my soul, I will fight till my last breath to save my son." - Niranjan, father

Shaurya was able to undergo only 1 round of chemotherapy from Niranjan's savings. But his cancer is so strong that unless he completes the entire course of chemotherapy, his chances of beating cancer would be extremely slim. Shaurya's life is now only at the mercy of your generous contributions.