Both Her Kids Have Fatal Diseases, And This Mother Has To Choose Which One To Save | Milaap
loans added to your basket
Total : 0
Pay Now

Both Her Kids Have Fatal Diseases, And This Mother Has To Choose Which One To Save 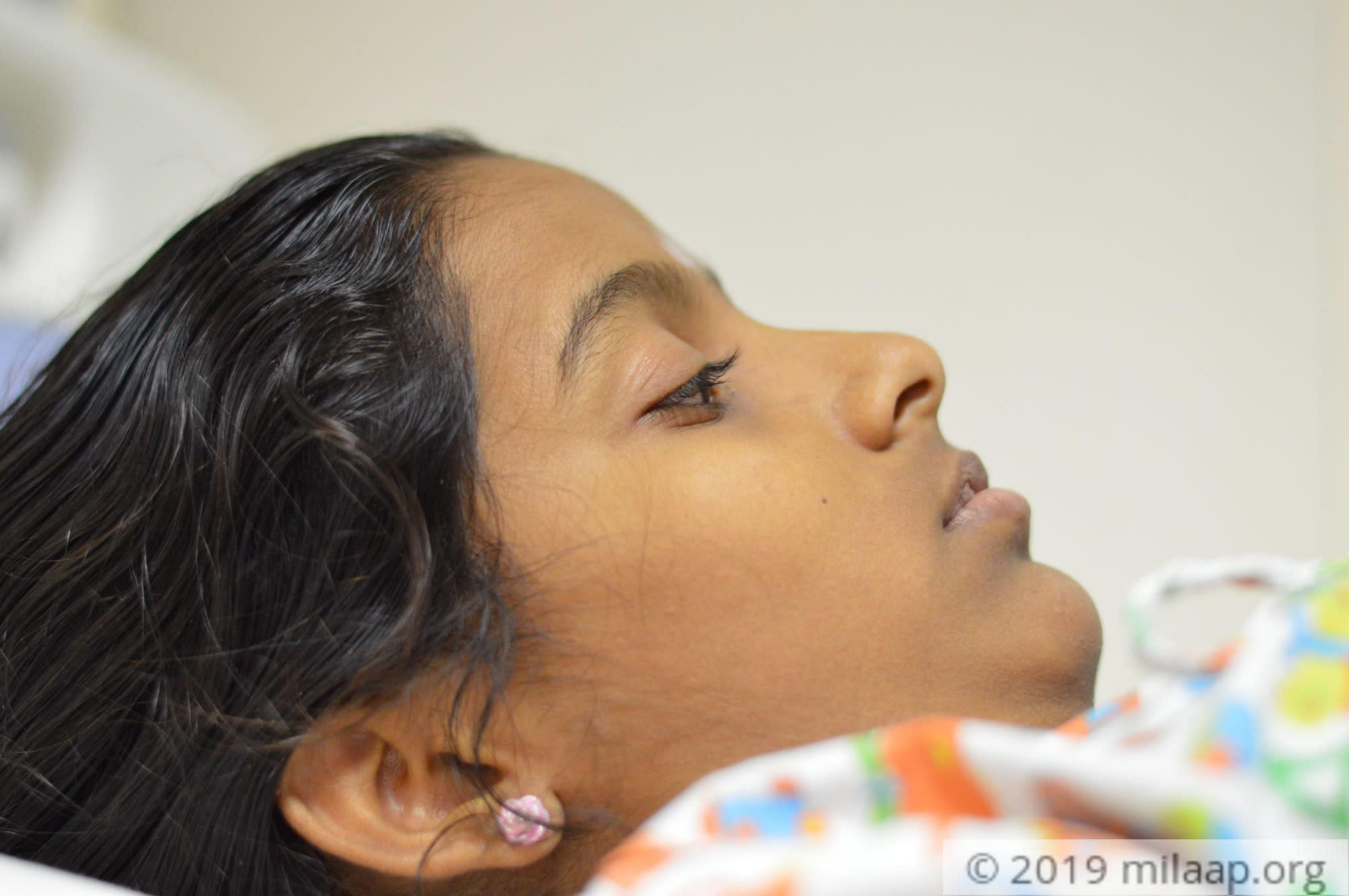 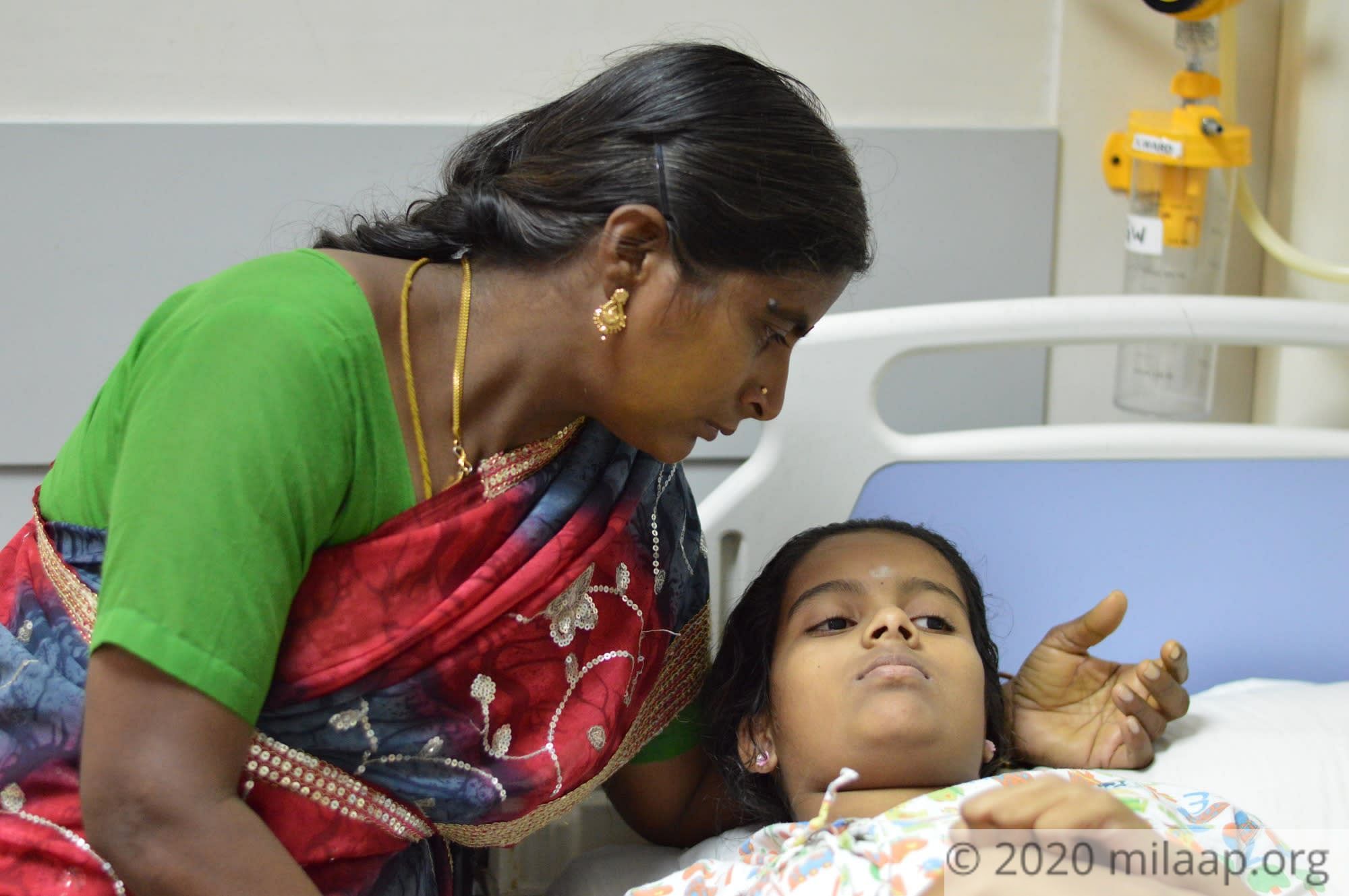 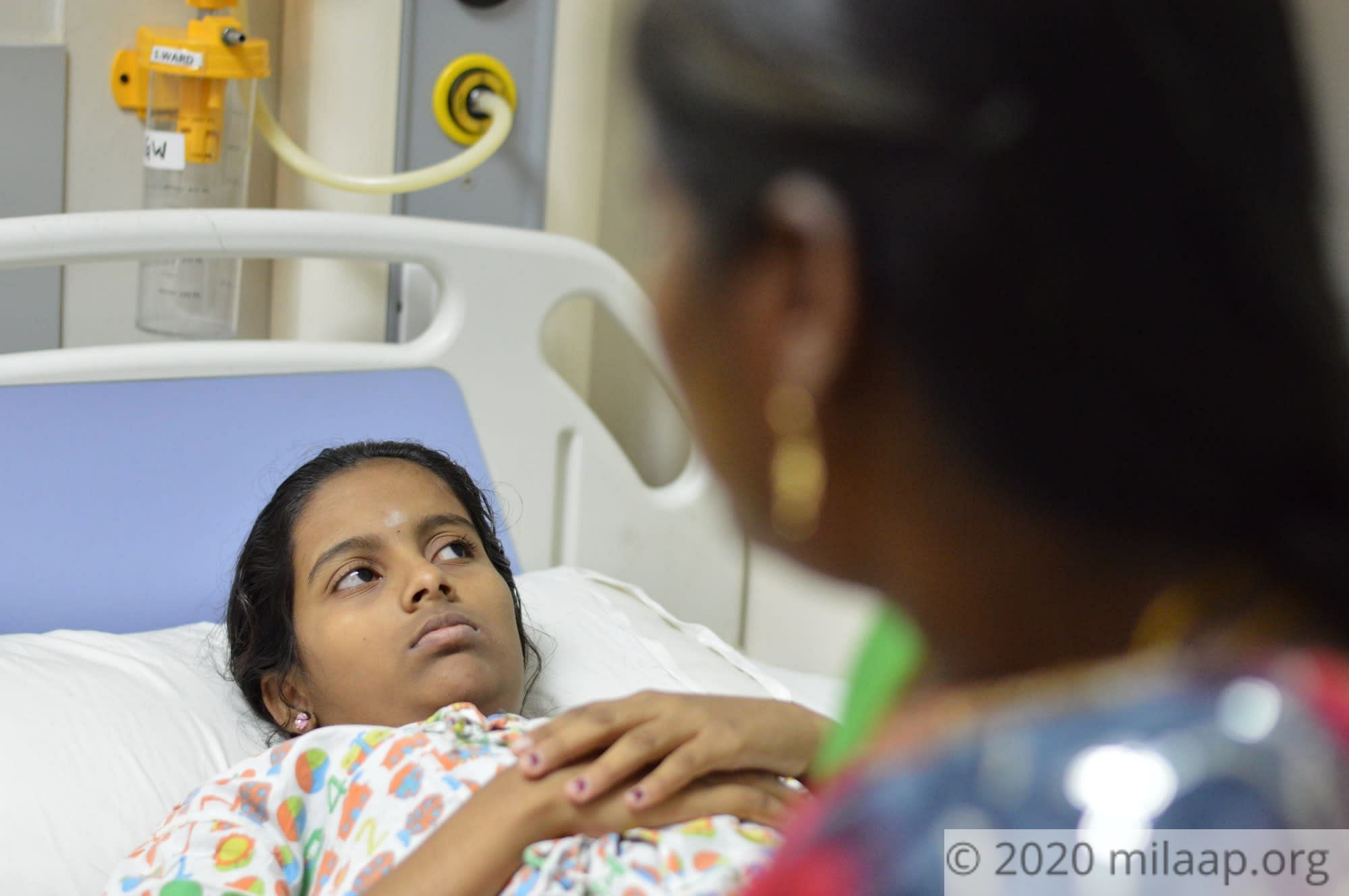 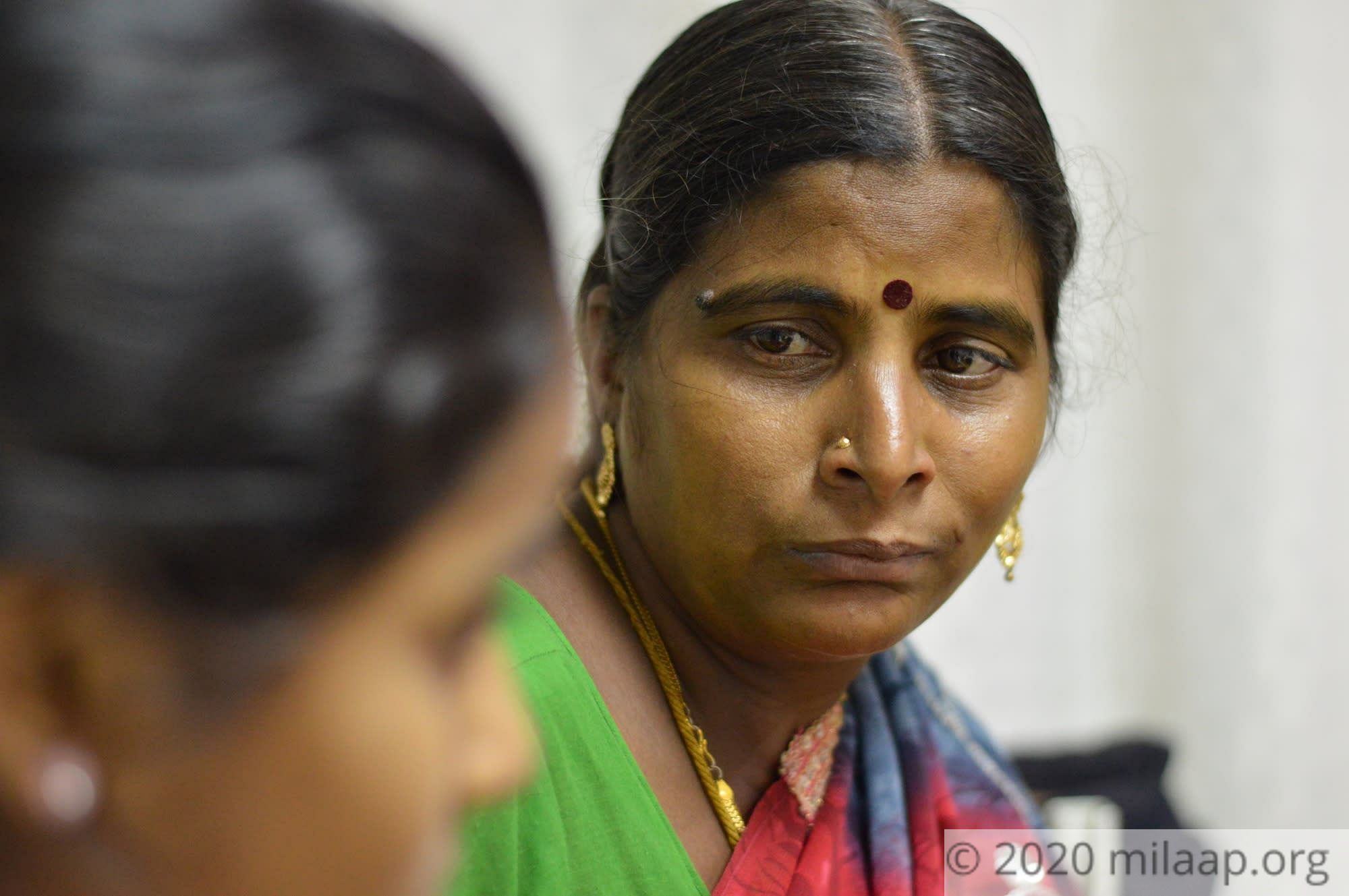 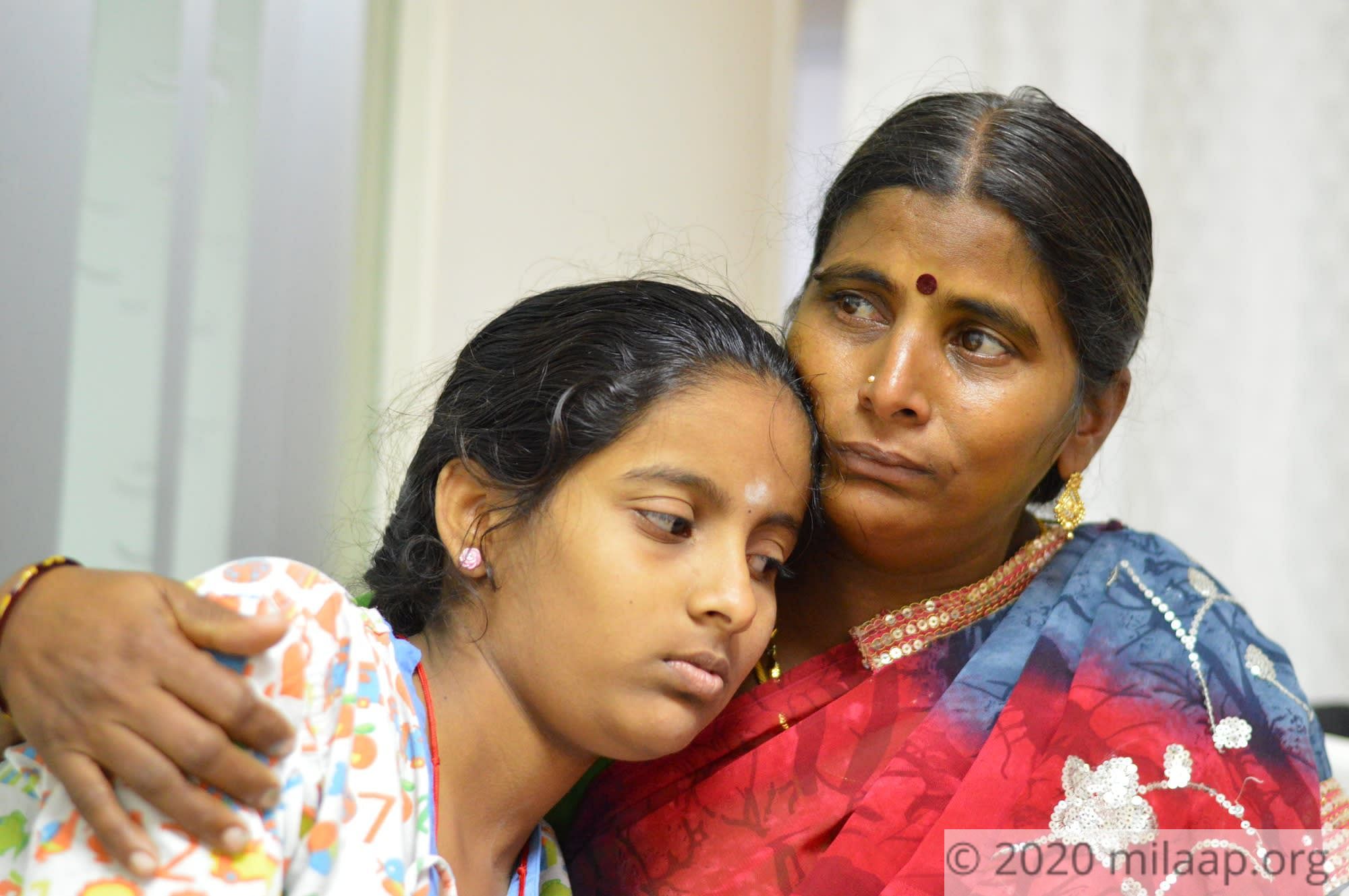 "My daughter has a hole in her heart and my son has epilepsy and we are here…standing hopeless with no money even to treat one child. What would be more depressing for a mother than choosing between saving the lives of her two children? I feel terrible but Muni’s condition is severe and this is our last chance to save her,"– Viji, mother.

14-year-old Muniyammal was born with a hole in her heart but the doctors couldn’t diagnose it back then. It took six years for her parents to find out what was wrong their daughter.

Muni couldn’t feel her hands and legs; it became numb

"When Muni was 6, she got a high fever one day and started breathing heavily like an asthma patient.  Crying loudly, she told me that she couldn’t move her legs and hands. My daughter was in unbearable pain that day. The nearby hospital was 12 kms away and she fainted before we could even rush her to the doctor. Only later we came to know that a hole in her heart was causing it," - Viji.

Muniyammal has a rare condition called ALCAPA where the artery that carries blood to the heart begins from the pulmonary artery instead of the aorta. It has caused a hole and due to that, the tissues in her heart are slowly dying. Fewer tissues can be dangerous and sooner will make her heart fragile.

"We borrowed money, sold our only piece of land and somehow afforded a surgery to close that hole immediately. After the surgery her life was normal, she went to school and was healthy like any other kid. We prayed to God to keep her safe but our nightmare returned after 8 years. She started showing the same symptoms again. It was then we found out that the surgery failed and her hole has gotten bigger and life-threatening,"- Raja, father

“Appa, I can wait. Let thambi get surgery first”

It was at the same time Muni’s little brother started getting fits. He was diagnosed to have epilepsy. The little boy now cannot go to school regularly or play with his friends as he gets seizures. Someone has to be with him always as his seizures are unpredictable. Muni wants her father to save her brother’s life first but doctors are afraid that she has less time left.

"What will I do when both of my dear kids are sick? My son needs brain surgery and my daughter needs a heart operation. How will a painter who earns a daily wage of Rs.200 manage to afford costly surgeries? My son is on medicines but Muni’s life is in danger if she doesn’t get the surgery. I haven't still repaid the money that I borrowed for the first surgery. Now no one is ready to lend me more and all doors of help are closed," - Raja.

Raja blames God for being merciless and himself for being incapable to save the life of his two little children. It will cost 6 Lakhs for Muniyammal’s surgery.  Even Viji has tried selling the little pieces of jewellery that she had saved for her daughter's wedding. In spite of all this effort, they could not even gather a lakh. You are their only hope now.

You can help Muniyammal get heart surgery at the earliest and save her life. 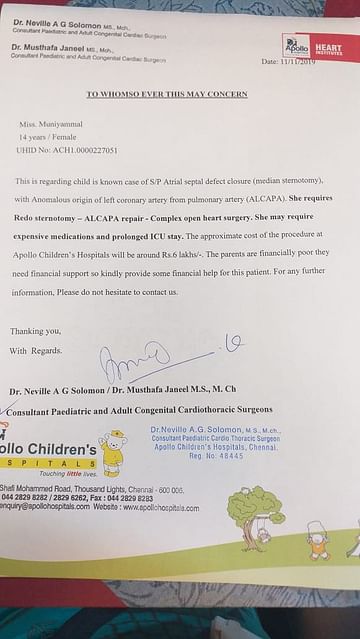 Click here to know more about Muniyammal
Donate now
OR
Click here to read the instructions before you make a bank transfer.

Supporters
A
Anonymous $100
s
swati Rs.5,000
13 others have contributed
Click here to know more about Muniyammal