How Can Two Deadly Diseases Grow Inside My Son At The Same Time? | Milaap
loans added to your basket
Total : 0
Pay Now

You are sending a message to
Ankita Bengani
Go back

How Can Two Deadly Diseases Grow Inside My Son At The Same Time? 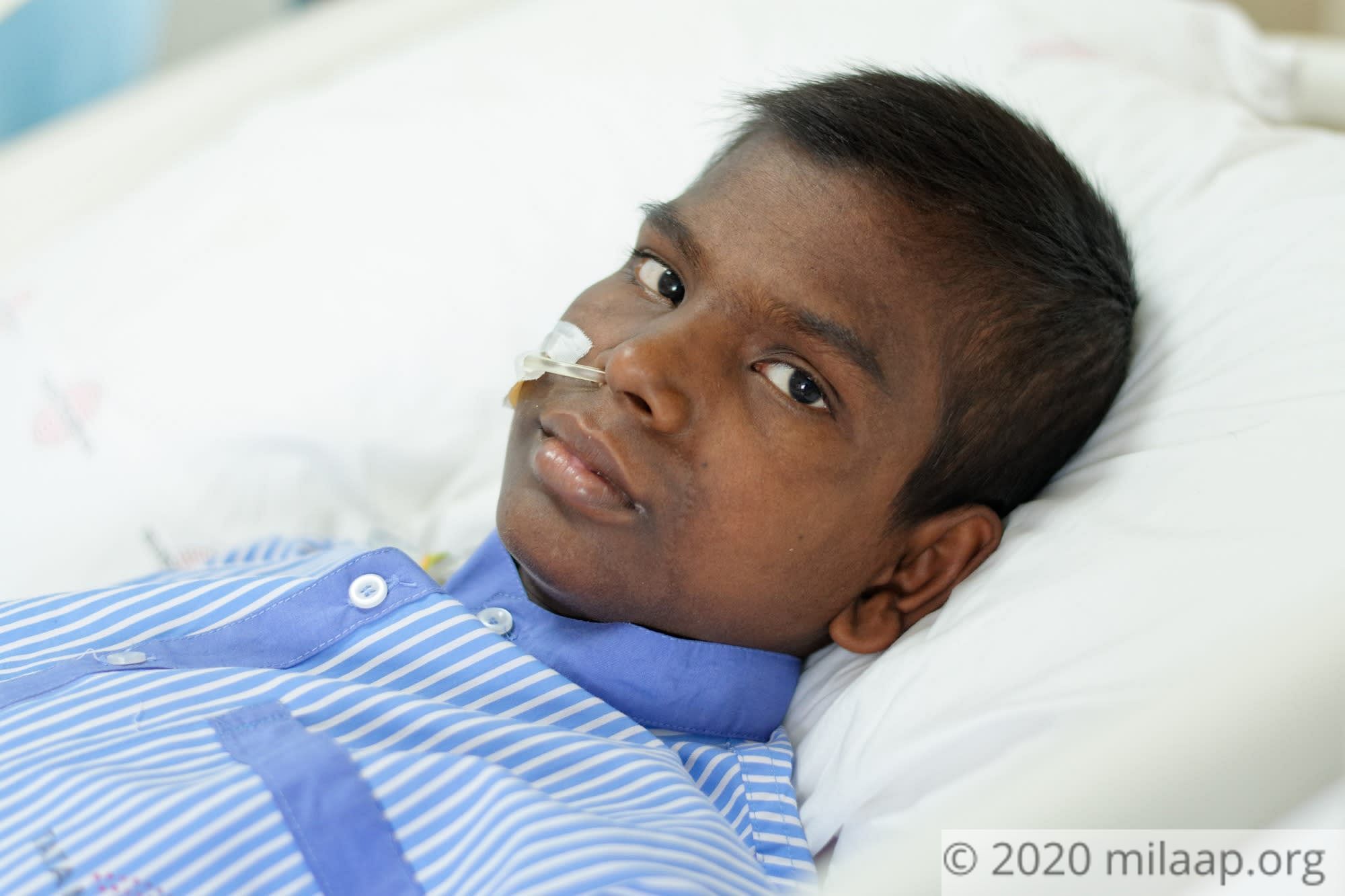 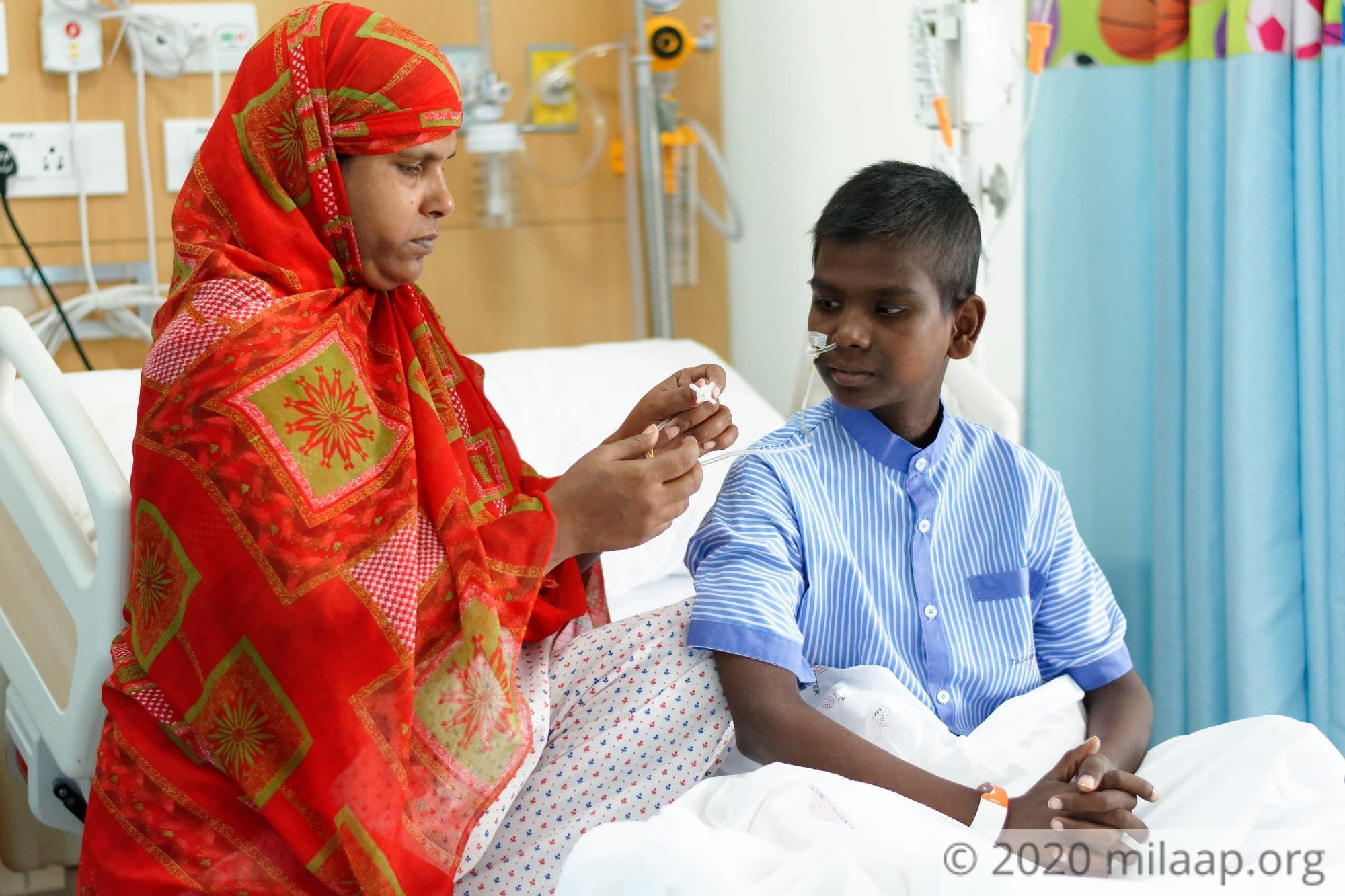 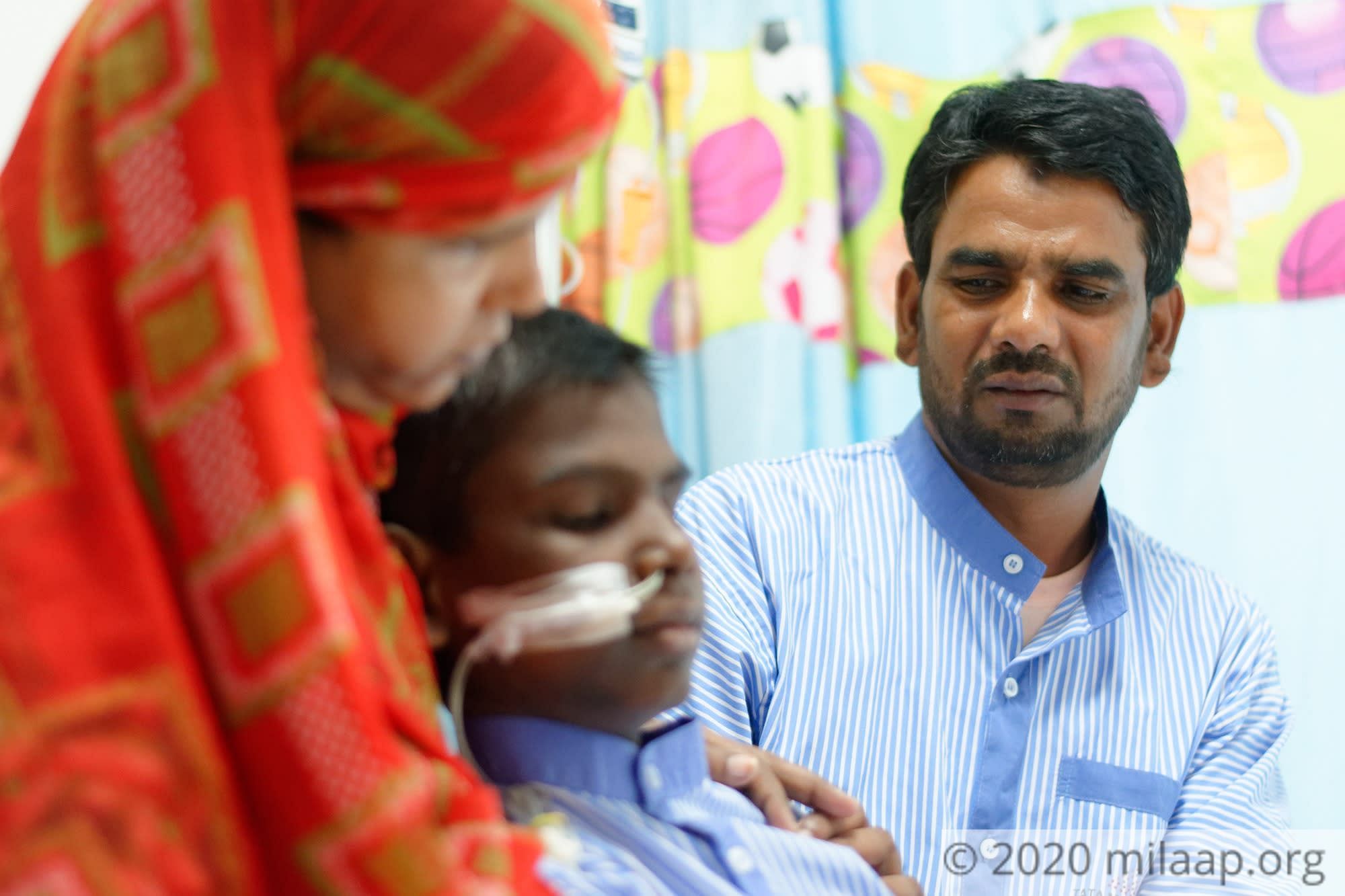 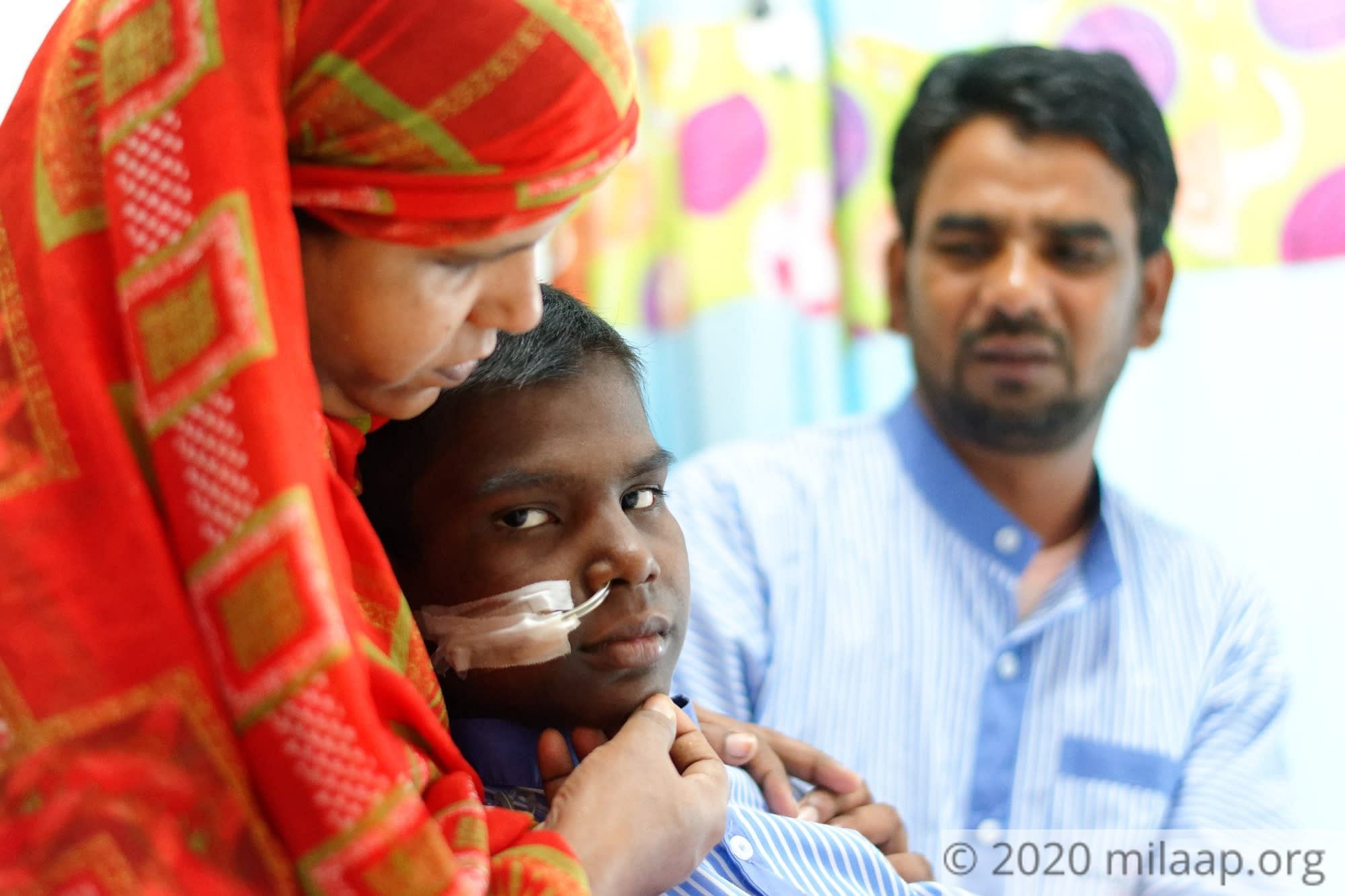 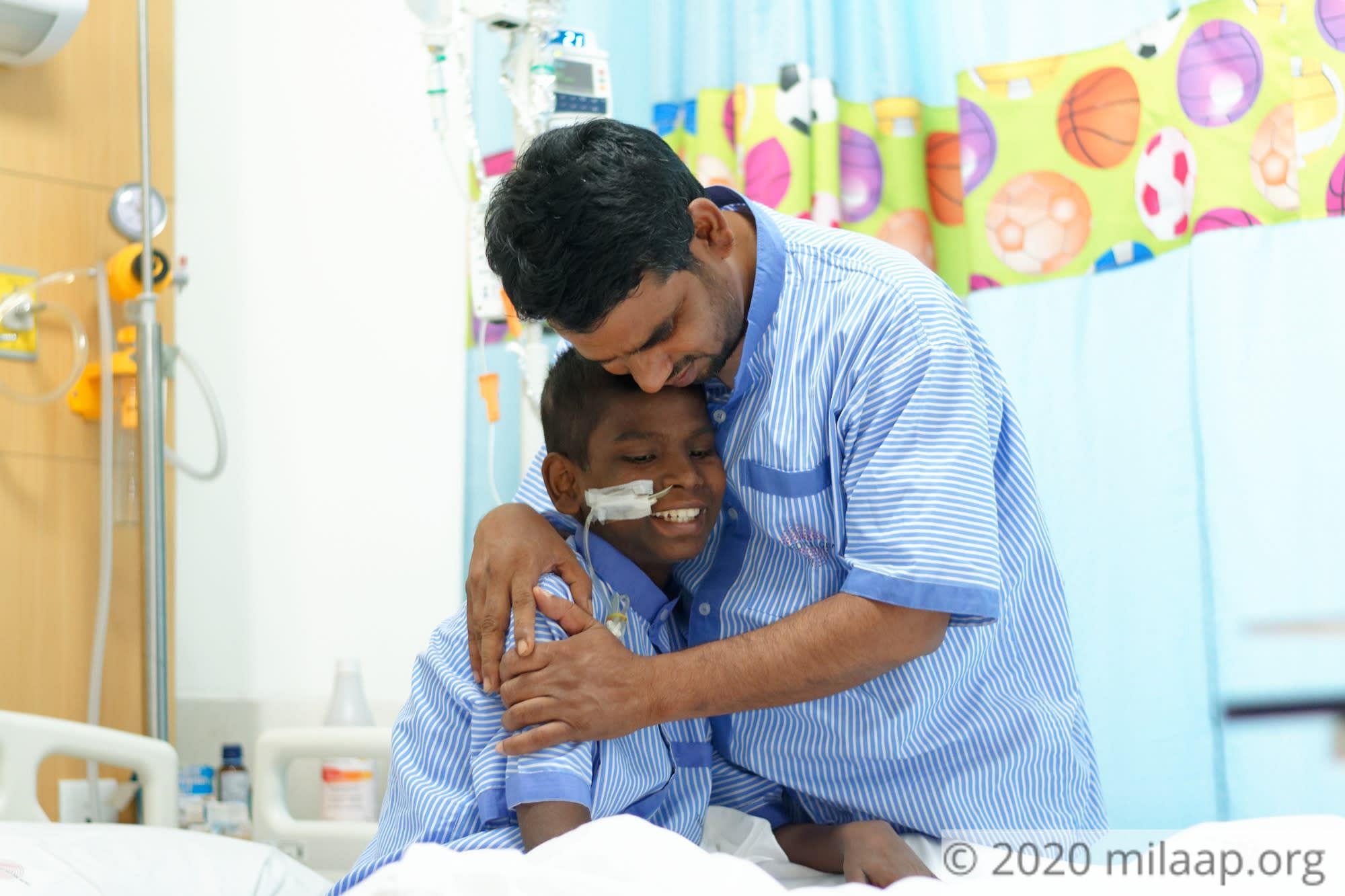 Share on facebook
Arbaz is only 12, but it has been years now since he has slept somewhere other than the hospital bed. First, at the age of 9, he got detected with Hepatitis B and now he has a cancerous tumour growing in the left side of his abdomen. To add to the misery of his parents, his older brother, Asad, also got detected with Hepatitis B. Anzar and Sabila are devastated.

"I have 2 sons and 4 daughters. I used to think they will study and get good jobs and finally we will have a life of respect. But now both of them are on the verge of dying. Every time I get a call from my village or from the doctor here, every bad thought passes my mind. I don't have money for my elder son's treatment so we have left him at home, on Allah's mercy. I can't save Arbaz either...." - Md. Anzar, father

Arbaz has started chemotherapy, but this is all his parents can afford. They can’t afford to continue his treatment any further. There have been days when he’s been in the ICU, unconscious – but he made it. He fought through that, and he can make it through this. But their poverty is in the way.

At an age where other kids are playing and studying, Arbaz is struggling to live

"Over the last year, 13 lakhs is the amount I have spent. I work as a labourer with a daily wage of Rs. 200. With a family of 8 to feed, what do you think I have left? I owe people so much money that now I fear going back to the village. I've not gone to work for months now. And yet everything we have given is not enough to save my son, we need about 8 lakhs more." - Md. Anzar, father

Arbaz couldn't take in any food. As soon as he ate, he vomited. Soon, he stopped urinating even. This is when they got to know about the tumour as well. They found out that it was Burkitt lymphoma, where cancer rapidly starts growing in the immune cells.

"May Allah never put any mother in a situation like he has put me. I love both my sons equally but I'm helpless. I can only attend to one son in such critical moments. I was looking after both of them but Arbaz started getting sicker day by day. Soon I noticed a bulge on the left side of his stomach - it was a tumour. How can two deadly diseases grow inside my son at the same time? Why is Allah testing him like this?" - Sabila, mother

Anzar cannot hold back his tears when he has to feed his son through the tubes. Even then, Arbaz never complains and is always calm because he knows he has to be strong for his parents.


Both his parents have been to 4 hospitals only in the hope of their son being healthy again. But he can only be healthy again if his chemotherapy sessions continue and for that they need about 8 lakhs more. It is heartbreaking for his parents to see both their sons in this condition but with our help they can help Arbaz fight against this cancer. 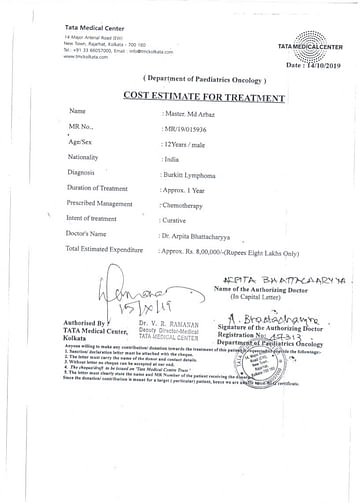 Click here to know more about MD. Arbaz
Donate now
OR
Click here to read the instructions before you make a bank transfer.