He Scratches Till He Bleeds... Needs Urgent Stem Cell Transplant To Survive | Milaap

He Scratches Till He Bleeds... Needs Urgent Stem Cell Transplant To Survive 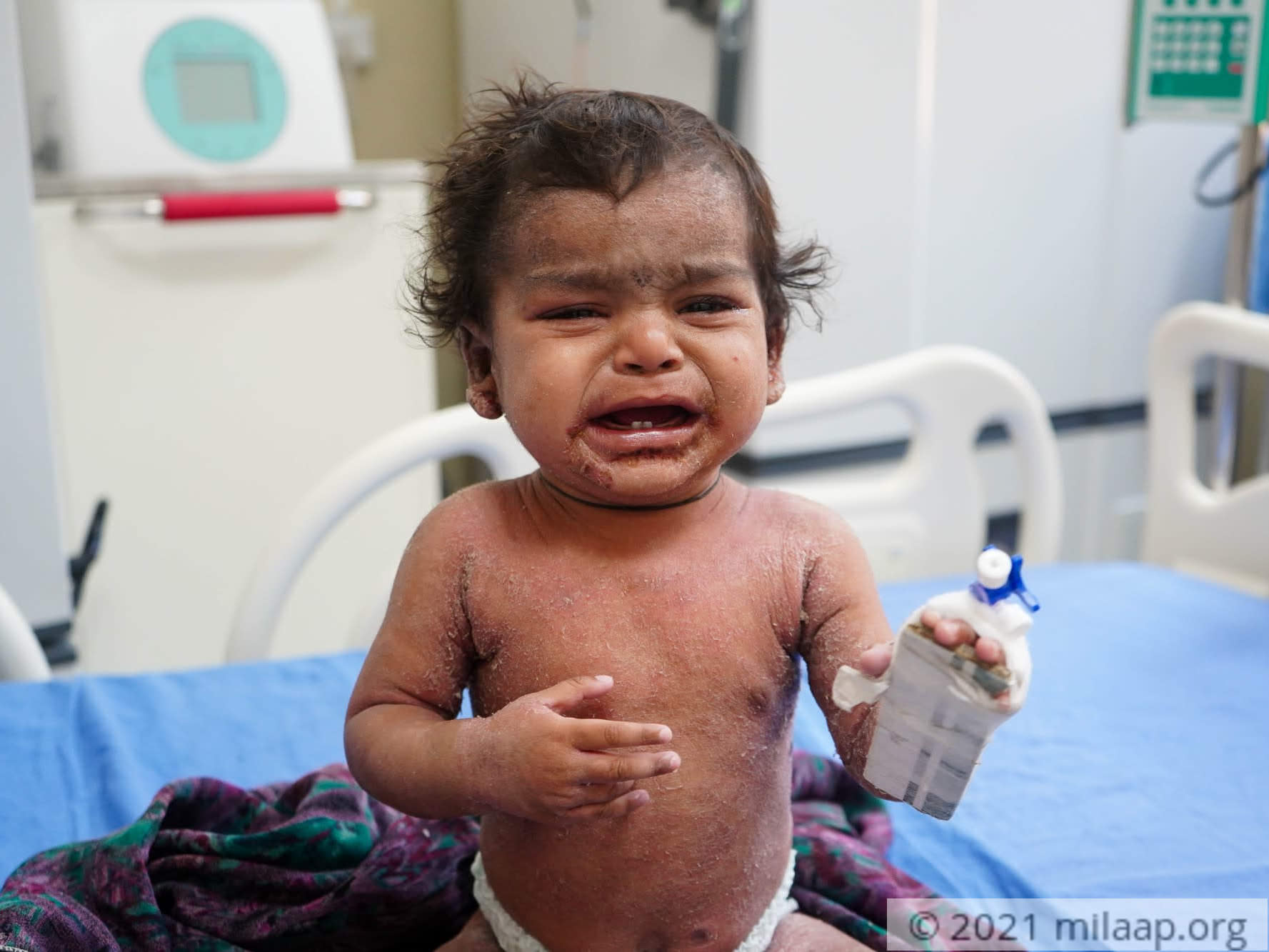 Share
Just let him die
"Everyone, from my in-laws to my own parents, asked me to give up on my child. Even my husband said the same; he doesn't want to be a part of this. I fought, shouted, and begged them to help me save my child, but no one did. Now, I am alone in an unknown city, my child is dying and I am unable to do anything for him..." - Sheetal, mother

A rare disease that makes him bleed

11-month-old Harsh suffers from Wiskott-Aldrich Syndrome (WAS), a rare genetic disorder that causes easy bruising and bleeding due to a drop in the number and size of platelets. It also increases the susceptibility to infections and causes a skin condition known as eczema - itchy inflammation of the skin. Being a child, Harsh itches his body till it bleeds and Sheetal has to put socks on his hands to stop him from making it worse.

"My baby was just a few days old when he started falling sick. Initially, his eyes got red, he couldn't sleep and cried all night. In the next few days,  he had rashes all over his body and then...there was blood in his stool. It kept getting scarier each day and I took my child from one hospital to another in different cities, in search of a solution. It took months to diagnose the disease and by then, my child's condition had got extremely critical. Sometimes the itch gets so intense that I am afraid that he might itch himself to death." - Sheetal

Left with nothing but a few hundred rupees

Upon diagnosis, Harsh was initially admitted to the hospital for 20 days and doctors explained his rare condition in detail to the family. It was after listening to the length and cost of treatment that baby Harsh was abandoned by the family, but Sheetal didn't lose hope. She sold all the jewellery she had on her and started Harsh's treatment, but the funds didn't last long. Now, she is left with nothing but a few hundred rupees.

Harsh needs a stem cell transplant to survive. The transplant can put an end to his misery and give him a new lease of life.

I don't want to lose him, not when I know he can be saved

"He is all I have. I want him to fight and win this battle. I want to start a new life with him, find some work, provide him with the best I can and watch him grow. I don't want to lose him, not when I know he can be saved. Please help my child survive, you are my only hope." - Sheetal

Your generous contributions can save this little child. Click here to contribute.
HS
Patient Harsh Sant is 11 months old, living in Mumbai
W
Being treated in Wadia, Mumbai, Maharashtra