They've Seen This Disease Take The Lives Of Other Children, They Worry Their Daughter Is Next | Milaap

They've Seen This Disease Take The Lives Of Other Children, They Worry Their Daughter Is Next 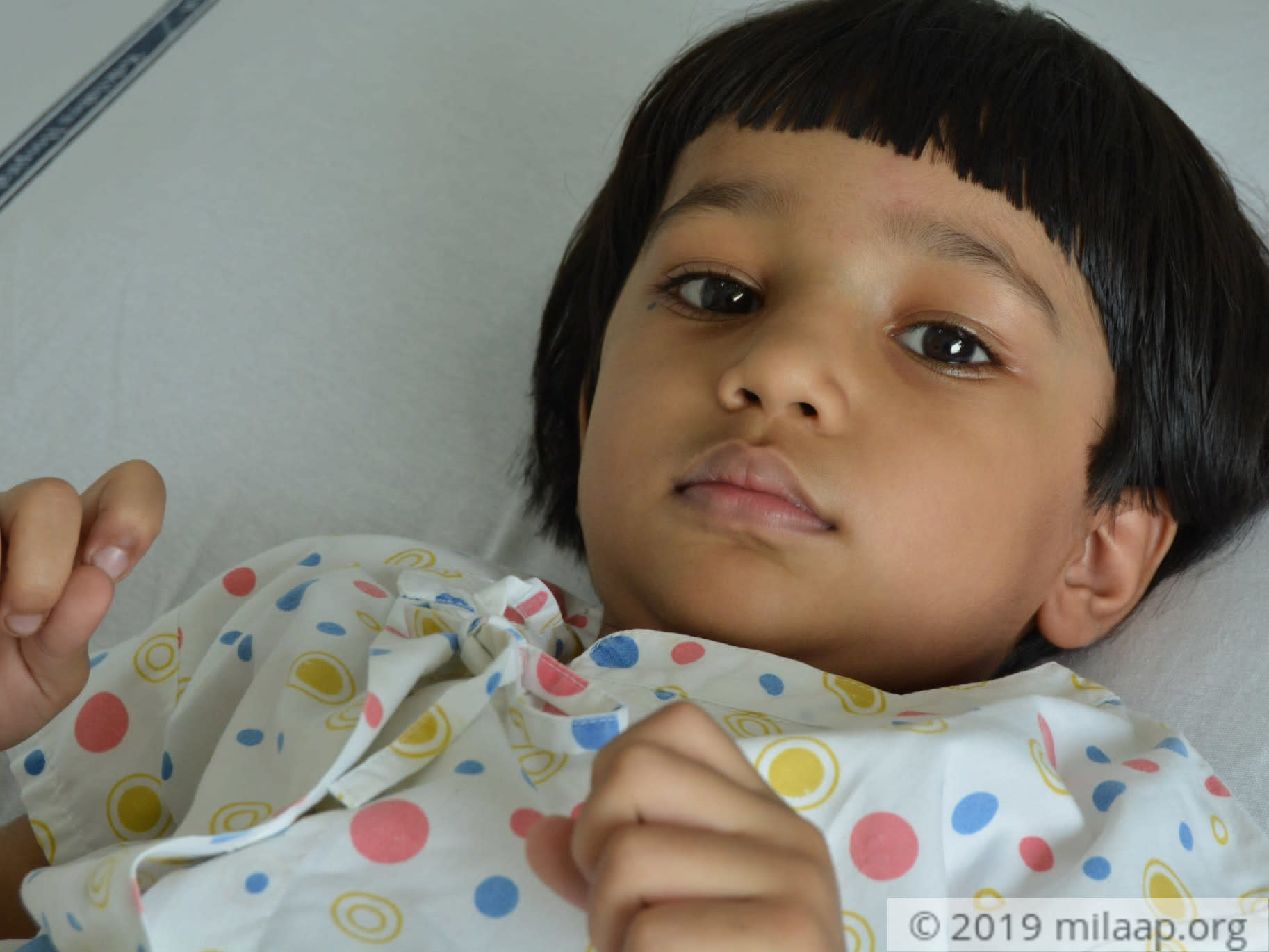 Share
We kept telling ourselves God is on our side, you know? That he wouldn’t take away such a little child from her family. But one day we took Vaibhavi to the hospital for her weekly check-up and we saw this mother wailing. We recognized her because her daughter had the same condition as Vaibhavi. When we asked her what happened… she said she hadn’t been able to put together the money for her daughter’s surgery in time, and that… that her daughter had passed away…
And that’s when we realised. That could’ve been our daughter.
– Vishal, father, breaking down

Vaibhavi was just a few months old when she was diagnosed with her condition. Vishal and Megha had taken their daughter for a routine check-up because they were about to move to another city. They never expected the doctor to come back and tell them that their daughter had a hole in her heart.

“The doctor at that first hospital wasted our precious time. Every time we saw her, she kept telling us to make Vaibhavi put on some weight and bring her back a month later. 4 months went by like this. And then she ended up saying that the problem was too big for that hospital, and that we should take Vaibhavi somewhere else.”
– Megha, mother, tearing up

The delay in her treatment led to her condition worsening drastically

Because her heart couldn’t pump blood properly, little Vaibhavi’s lungs were getting weaker and weaker each day, and her nails were turning blue due to lack of oxygen passing through her body. Even slight exertion made her very tired, and she couldn’t eat more than 1 roti at a time without vomiting. Occasionally, she would even start bleeding from her nose due to the pressure on her lungs.

By the time they got their daughter the surgery she needed at a bigger hospital, it was a little too late

“The doctors had told us that the surgery would take 8 hours, and that if we saw them come out any sooner, then that meant something horrible had happened. Then… just 4 hours later… the doctor came out. He told us the hole was too big now, and that it would take another surgery to fix it entirely. In the meantime, to ease the strain on her lungs and heart, they left my daughter’s chest open for 3 days and hooked her up to a machine that would do their work for her.”
– Vishal

They spent everything they had on the first surgery, never suspecting they would need another one

Vishal works in a private company, and makes just enough to support his small family and keep his daughter alive for another month. He is still paying off the loans from the first surgery that Vaibhavi got, and has no chance to build up any savings. Megha has no jewellery left to sell and is just as helpless. They’ve been trying for over a year now to get their precious daughter the 2nd surgery, but to no avail.

It is up to you now, to help this family save their daughter. Contribute as much as you can.
V
Patient Vaibhavi is 3 years old, living in Belapur, Maharashtra
KD
Being treated in Kokilaben Dhirubhai Ambani Hospital, Mumbai