R
You are sending a message to
Ramana
Go back

Shares
Shares
Share on whatsapp
Ramana lives in the land nurtured by the Godavari, in a smal village near Rajamundry. The rice factory where he works is an hour away from his home. His life is hard and his land is the one thing his parents left him. The large parcel his family held had to be sold off over the years, and Ramana too had to sell off his inheritence too. But it is something he had to do, since he sold it to save the life of his youngest son, Subhash.
The 5-year-old Subhash has the rare condition Myelodysplastic Syndrome. This means there is an irregular formation of blood in his body. He has survived this longbecause of blood transfusions. The only way to save Subash from eventual death is by performing a bone marrow transplant-- which is a procedure to replace the stem cells in the body by stem cells of a matching donor. This way, the defective bone marrow is replaced by new cells. 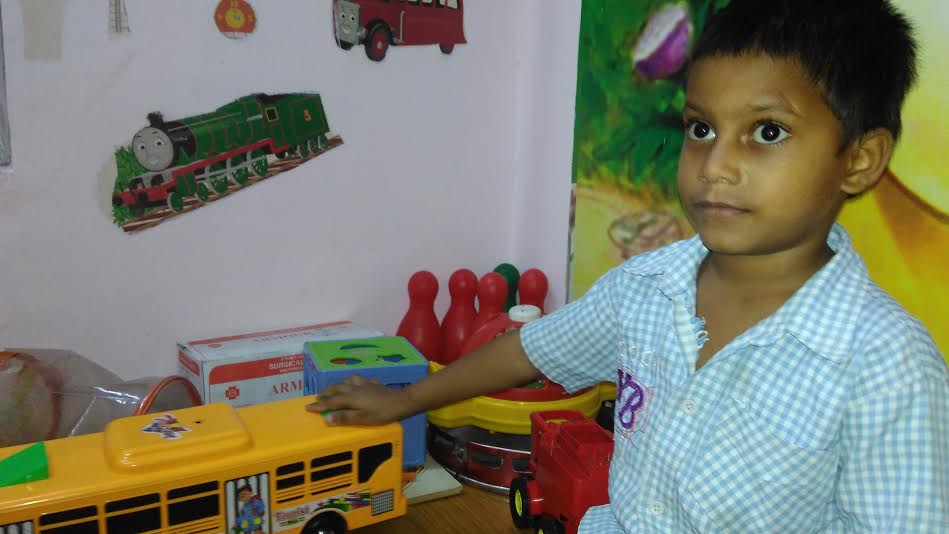 This Rice Mill Worker Struggle to Save His Son
Ramana lives with his wife and two children 8-year-old Aditya and 5-year-old Subash. With his small daily income, he managed to lead a happy life. But the youngest, Subhash, fell sick frequently, running high fevers and fainting. Ramana would take his son to the doctors often. The medications the doctors on government hospital prescribed did not give any relief to the child. Unable to see his little son suffer, this father begged the doctors to help.
Seeing his plight, the doctors decided to do a bone marrow test to determine the cause of this condition. The results didn’t reveal anything. The doctors asked Ramana to take Subash to CMC Vellore hospital for further tests. Tired, and uncertain Ramana and his family waited in long queues daily as the doctors spoke in a terms he did not understand. The one thing that he now knows is that Subhash cannot be saved unless he gets a transplant worth Rs. 20 lakhs. At this point Ramana faces a dead-end, because he he doesn't know any way to raise this amount. 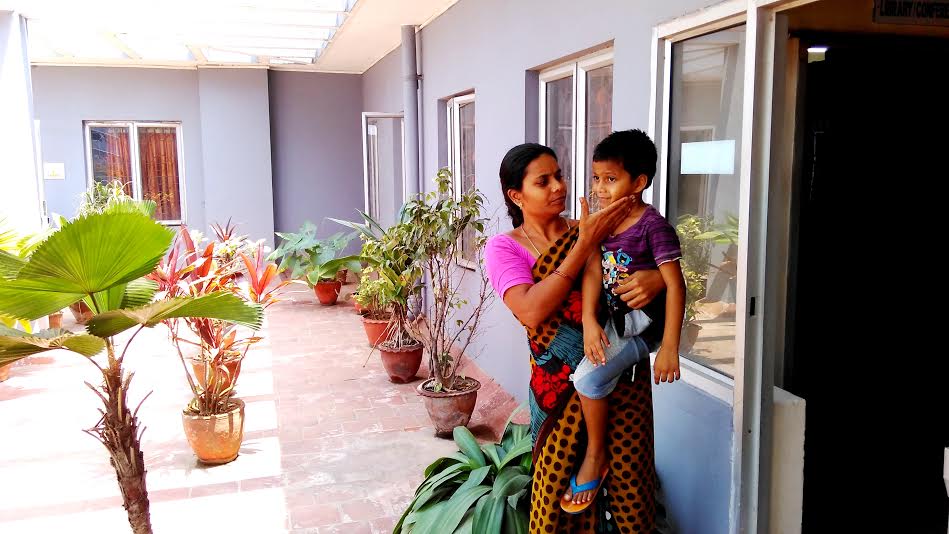 Subash's life-threatening disease is not only the tragedy that hit the family. Few years ago, before Subash and Aditya were born, Ramana and his wife, Govindalakshmi, lost a child. Govindalakshmi underwent surgeries to  give birth to all three children.
Their first child was about to be born. Govindalakshmi had already thought of a thousand names in her head. Ramana had already got sweets for everyone he knows but nobody had these that day.
Before he could even register his face in his mind, he was taken. He just had a glance. That day in the village, no one slept. Govindalakshmi's lamenting was heard the whole night. After three surgeries, her health has deteriorated and she cannot do any hard labour. 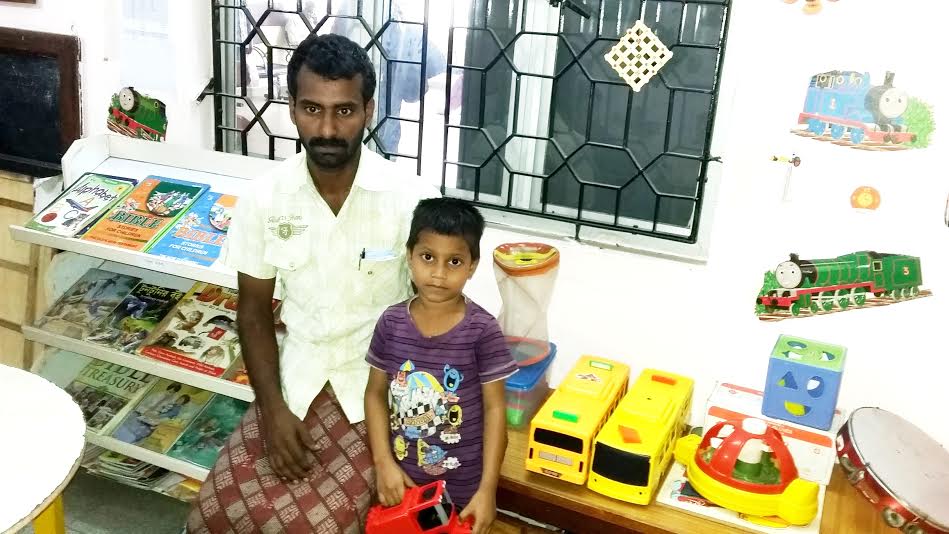 Just when they were forgetting the pain of losing their first child, the youngest child has been diagnosed with this rare condition. Ramana and Govindalakshmi can never bear the pain of losing another child. They have decided to do all that it takes to save their child. But as they look at his innocent face, they face the despair of not knowing how they will pay for his treatment.

They Mortgaged Their Only House To Support The Treatment

Ramana mortgaged his only house and land to get some money. With this money, the family went to Vellore in the hope of saving Subhash. They stay at a rented place near the hospital. He has almost exhausted all money for transfusions and purchasing other medications. The doctors at CMC Vellore said the only option left to help Subash is to do a bone marrow transplant. This is because now Subhash's system is failing and he needs a transfusion once in two days.

The estimate given for bone marrow transplant is Rs 20 lakhs. Subash has to undergo chemotherapy before the transplant. Fortunately, his brother, Aditya, is a match to be his donor. This has reduced the cost for the treatment since they don't have to search for a donor. 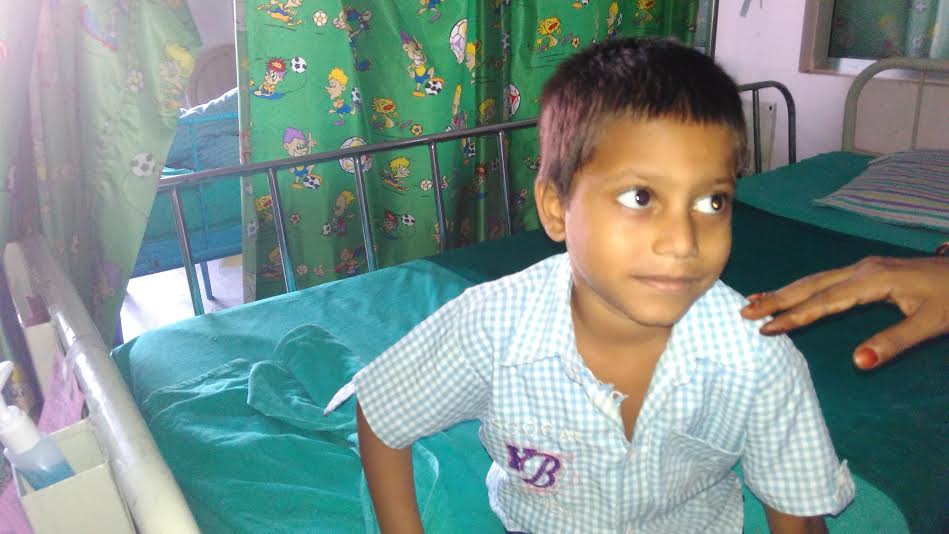 How You Can Help Subash

Ramana is no position to arrange for these funds. They have no option left but to stop the treatment if they cannot raise the funds. Our support will help this family and save a life. Funds collected will go directly towards the hospital to for the chemotherapy, bone-marrow transplant, post transplant support and medications. Supporters will receive regular updates on Subash's progress.