You are sending a message to
Sonalee Shyamsundar
Go back

Shares
Shares
Share on whatsapp
She was abused. Her team members were even beaten. But, nothing deterred them. They continued working for the special kids even when people told her and her team that it was a sheer waste of time. This is the story of Sonalee Shyamsundar.
That day Sonalee was on her usual routine of creating awareness and helping the slum dwellers understand all about children with developmental disabilities. What happened next would stay with Sonalee all her life.
She could hear the wails of a 7-year-old girl tied to a pole. She was disabled and she was trying to free herself. But, no one came to her rescue. Sonalee waited all day long. When she saw the parents untying their daughter, she immediately asked them what had made them do that. To which, they said, they didn’t know any other way to handle a disabled child. She didn’t blame them because she knew they didn’t have the resources to understand their child.
That was the day and since then Sonalee has never looked back. Her resolve to work for the special kids grew stronger. 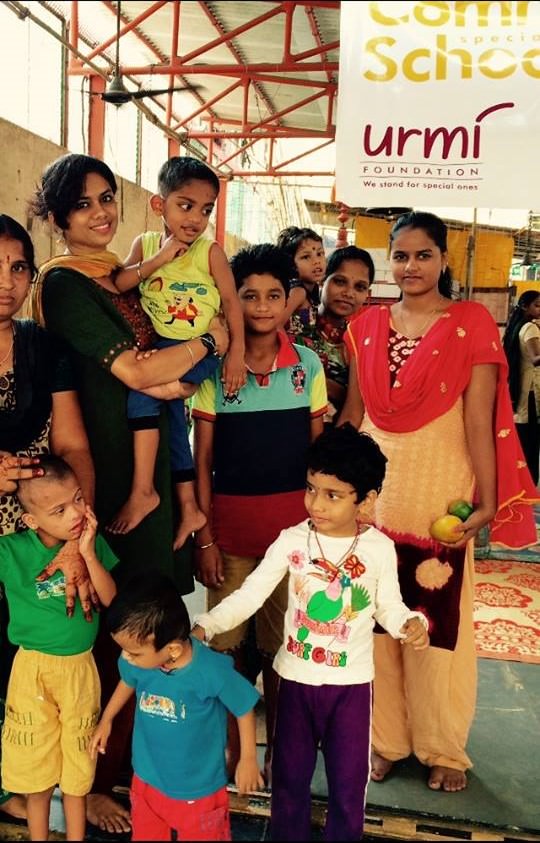 Speaking for Those without a Voice

Disappointed by the overall situation for special kids in the city, Sonalee decided to quit her job as a journalist and start Urmi Foundation in 2012.
Based in Mumbai, Urmi Foundation works with children with developmental disabilities who are from low-income households. Sonalee and her team work, keeping in mind the educational and social needs of children who are living with autism, cerebral palsy, Down’s syndrome and other such conditions. 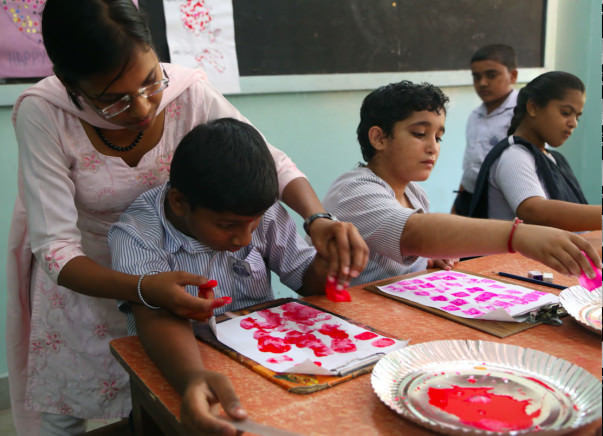 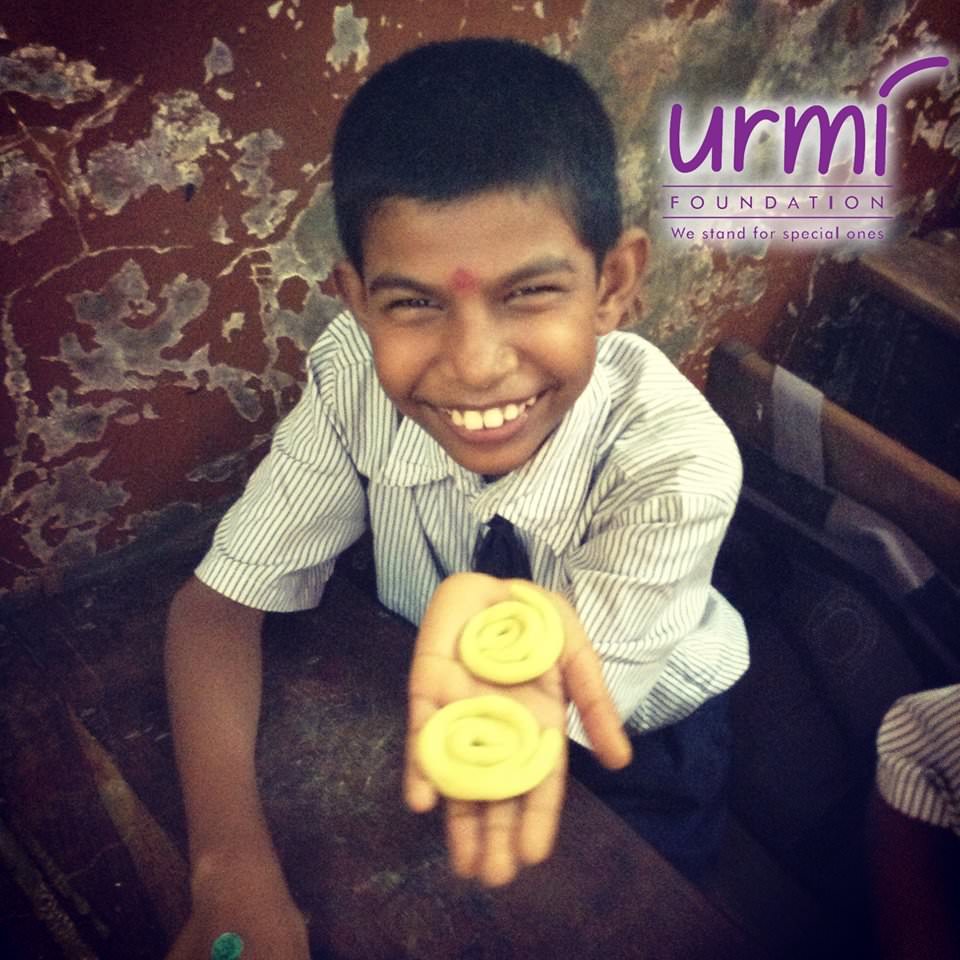 Once BMC allowed them to collaborate with schools, Urmi Foundation, with its core team comprising 10 members was able to reach out to more children. Till date, it has impacted the lives of 270 children. This year, it has collaborated with six special schools and four community schools. Altogether, they intend to change the lives of 400 kids this year.
“We’re making the most of our resources. Unfortunately, I’m conscious of the fact that we are only able to respond to a small portion of families in need. This deeply saddens me,” says Sonalee.
Sonalee strongly believes that early intervention with these children can bring the greatest changes to their development. They assess their needs and on the basis of that they design the syllabus and zero in on the teaching and learning materials and other teaching tools to provide the children with the best resources and a suitable learning environment.
Education through art therapy is the foundation of their program. “Art therapy helps children with eye-hand coordination, hyperactivity, and physical independence,” says Sonalee. “Being the wife of a graphic designer, I understand art very closely and I know the role that it can play in enhancing one’s life,” she says. 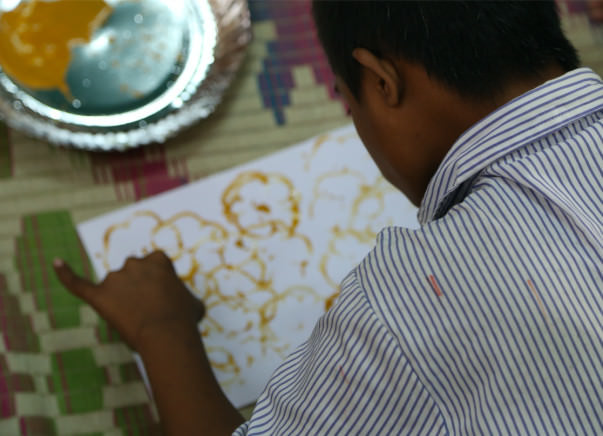 Dealing with the Usual Wall of Hostility

Lack of awareness regarding disabilities is one of the biggest challenges for Urmi Foundation.
“We came across a child who had echolalia, a developmental disability where the person having it parrots words and phrases that he/she overhears. Her alcoholic father would use abusive language all the time and the child would repeat the same words. Not realizing that the child wasn’t doing it deliberately, he would beat her all the time,” says Sonalee.
Urmi Foundation has come across several parents who simply fail to understand their children and the trauma that they have to go through.
I get asked by a lot of parents, “Ye karne ka kya fayda he? Ye bada hogar muje thodai kuch kama kar dega,” says Sonalee.
These kids aren’t supposed to be judged for their disability. There’s more to them than that, she says.
“Awareness is what we need. That itself will solve half of problems,” Sonalee says. 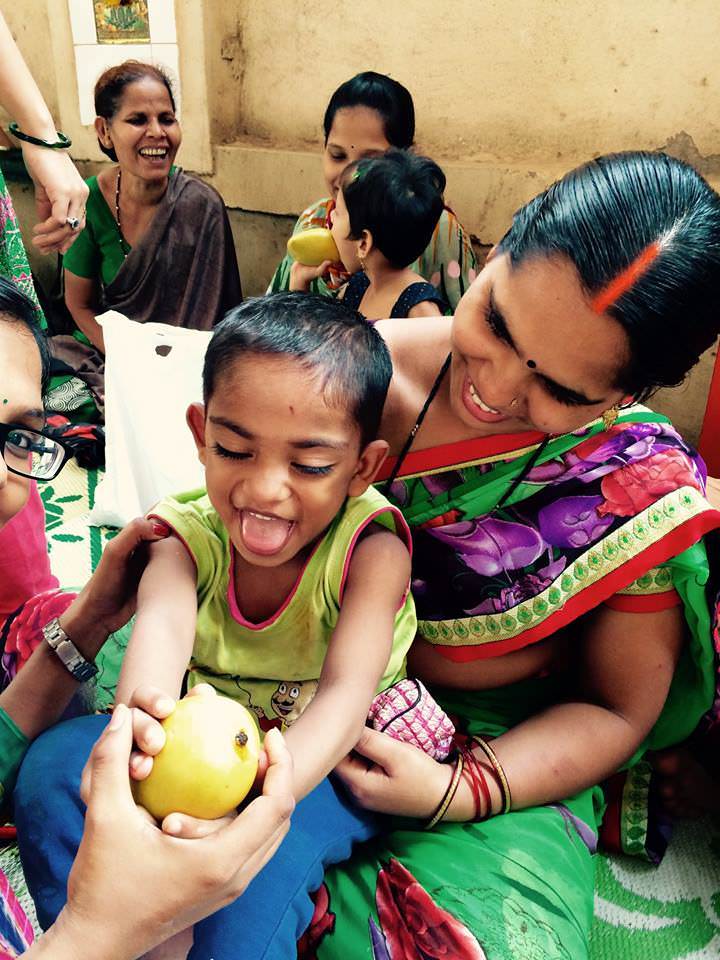 Her team members try to counsel parents on what special education is, how it works, and why it is necessary for their kids. More often than not, the parents tend to lash out at them. They try and convince the parents to enroll their kids in school and the Foundation helps them with the admission process as well.

She Keeps Going Against All Odds

“I learn from my students every day. They teach me how each of them has a different way of thinking. All of them have a lot of potential. They just need to be understood,” she says.
Urmi Foundation has been supported by several generous donors. The organization wants to reach out to as many children as possible. Sonalee also plans to expand her reach and work with several Zilla Parishad schools in the near future.

Sonalee’s foundation is giving the chance for these kids to be something. A little bit of support from you will go a long way and help Sonalee bring a huge difference to the lives of these children. Your contribution can help her follow her path and continue working for this cause. These children don’t need sympathy. They just need your help. You can donate here.