Solar energy is transforming lives of these people | Milaap

Solar energy is transforming lives of these people

Attanguda is a small village in the outskirts of Bhawanipatna town at a distance of around 4 kilometers from the town center. One can easily reach the village by a motor vehicle. Here I was to meet Basanti, and the women of the Om Sainath SHG, but instead I was able to meet a member named Janani. The village has no electricity and water supply system. And most of the people depend on their agricultural work and random labor work to make a living. Janani lives in a small brick and mud house. No electricity has ensured that they remain devoid of basic comforts of life. The tough struggle these people have to go through their lives can be seen by the fact that they don’t have an electricity fan at their home despite the fact that in the summers, temperatures reach upwards of 45 deg C. Government apathy has added to their woes. Janani said that electricity department people have placed a electricity meter at their home 4 years back but connection has still not been provided. After every 6 months, electricity contractors get changed but work still remains to be done. They have also protested outside the District Collectorate office who had assured them of all possible help. But, like everywhere else, here too, official promises remain just sweet words. Once in a month or two, villagers collect donation from each household of Rs 10 to 20 so that they can bring TV and batteries from the town on rent to watch some movies and entertaining stuff. In such a condition, the solar lanterns, funded through Milaap energy loan are to boon these people. For the last couple of months, they have been using the solar lantern and have words of praise for the product. It has also helped them to think out of the box. One of the questions that I have been asked by the borrowers is whether there can be other products like solar fan, TV and many more that would ease their lives to an extent. 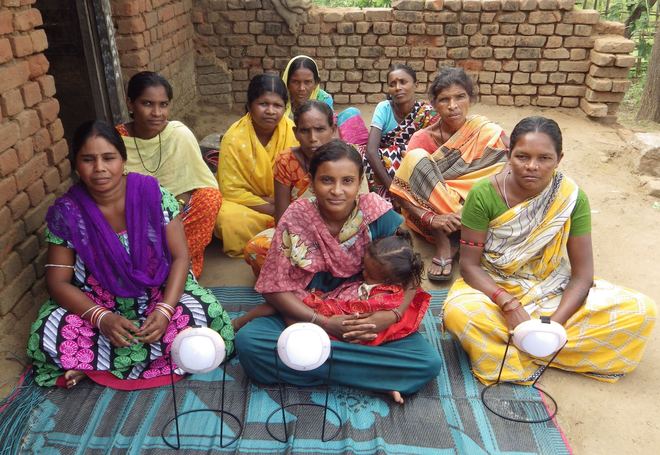