PG
You are sending a message to
Partha Ghosh
Go back

Shares
Shares
Share on whatsapp
Partha Ghosh's small house in Barackpore, West Bengal was lit and decorated beautifully. Partha's wife was busy in the kitchen cooking something special for the day. It was diwali. Their only son, Siddhartha was as usual missing. He had gone to play with his friends. After his mother's several warnings, he came home to begin his next favourite pasttime- painting.
"It was one of the best days of our life. It was Diwali and the whole house was decorated. With my small income, I managed to pull it off. But I never hoped that our lives would change this way" 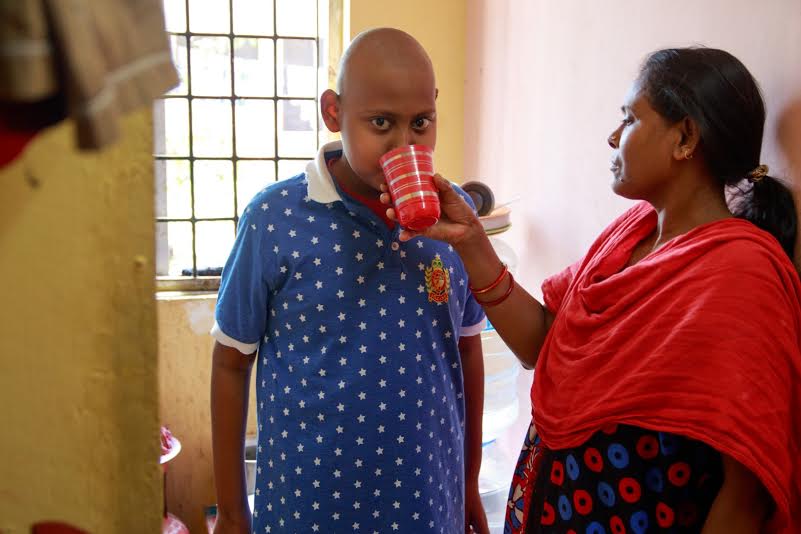 It was only few days after Diwali that Partha observed Siddartha complaing of back pain often. Otherwise an active and cheerful boy was now weak and unhappy. His health began to deteoriate as he developed fever. He couldn't walk or concentrate in studies. Partha took him to various hospitals to get a cure for his son. No medication could help him.
Partha worked as a driver then but since he had to take his son to different hospital, he has leave that job. Siddhartha underwent a lot of medical tests but none helped to find the reason behinf his illness. 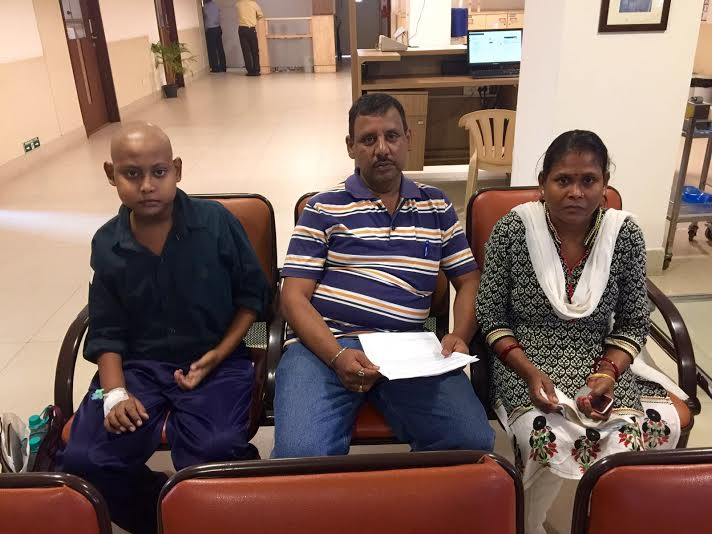 One of Partha's friends suggested him to go to Apollo Hospital in Chennai. Having been to a Apollo hospital branch, a  few years ago, Partha didn't hesitate to take Siddhartha there for treatment. The doctors advised that  Siddhartha should undergo a test and they were shocked to fiind out he is suffering from Acute Lymphoblastic Leukemia. He was asked to be on intensive treatment with chemotherapy being the solution. Siddhartha missed his grade 8 exams due to this. 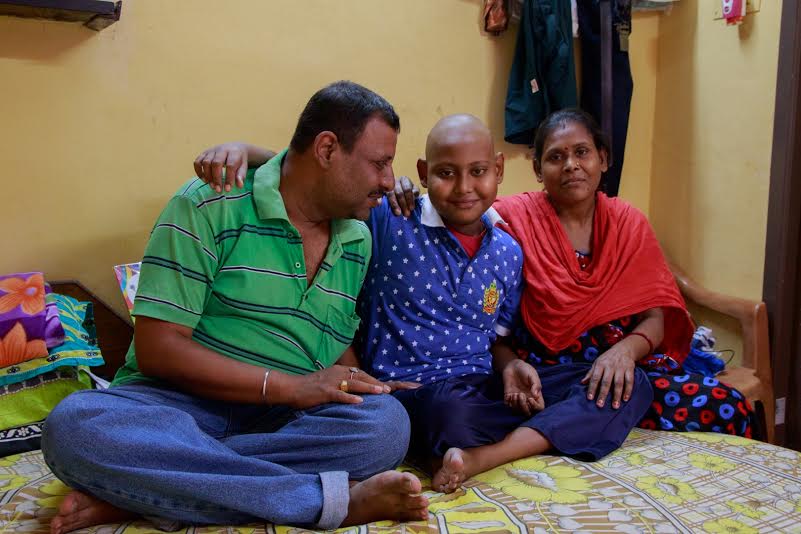 "I don't have a permanent job and did any job that came my way. I worked as a driver for some years. I don't have much savings and my son's treatment is now supported by my friends. He is undergoing treatment at Apollo Specialty Hospital, Chennai".
Siddhartha will on intensive treatment for few days post which if his condition improves,he will be kept for maintenance chemotherapy. The painful sessions has weakened his spirits but the second he hears about his friends or school, his 13 year old's face lights up. He missed his class 8 exams when he came to Chennai for treatment.

He Chose The World Of Colours To Forget Pain

Siddhartha is a young artist. He enjoys painting and sketching. "His doctor at Apollo has seen his paintings and loved them. She has kept few in her cabin", says Partha proudly. It is Siddhartha's way of coping. His paintings tell a story of his village. He longs to go back home. He sketches thatched roof houses and people in his place. 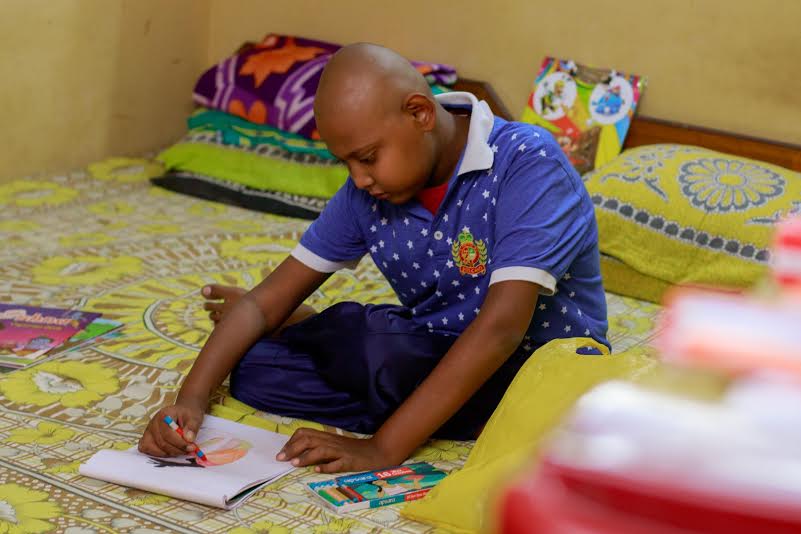 "I love sketching Ma Durga in various avatars like we see for Durga Pooja. I also sketch Mowgli", says Siddhartha and his face lights up that instant. It's like his pain vanishes when he speaks of painting and sketching.
He lives in a small house near the hospital. When his blood counts drop, he has to be rushed to the hospital. The painful chemotherapy has affected his spirits but he continues to fight.

How You Can Help Siddhartha

"I have set up this campaign with the hope of receiving support to continue my son's treatment. We need 10 lakhs to complete his chemotherapy cycles and supportive care. He is getting treatment as an out patient. We managed to find a small place near the hospital for rent. We are unable to manage the rent and the treatment expenses. Any support at this time will be of great help", says Partha.
Siddhartha needs to vist hospital as out patient for chemotherapy. The family is struggling to continue his treatment due to lack of funds. Your contribution will help his father pay the medical bills. Funds collected through this campaign will be transferred to Apollo Specialty hospital, Chennai to support  treatment expenses. 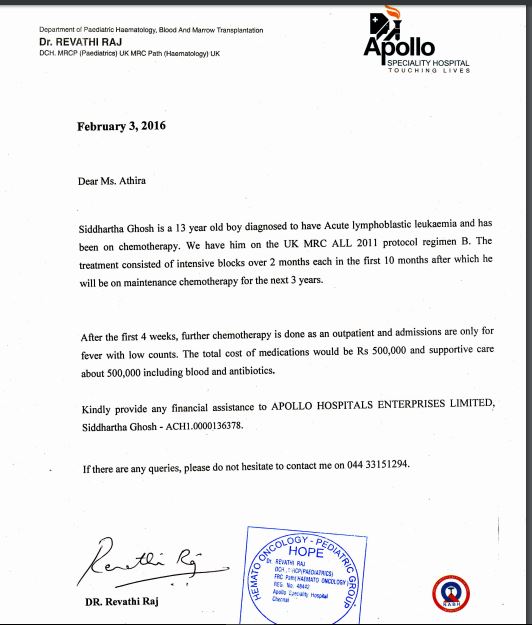 Click here to know more and make a donation