Each Seizure Severely Damages Their Only Son's Brain, A Surgery Can Save His Life | Milaap

Each Seizure Severely Damages Their Only Son's Brain, A Surgery Can Save His Life 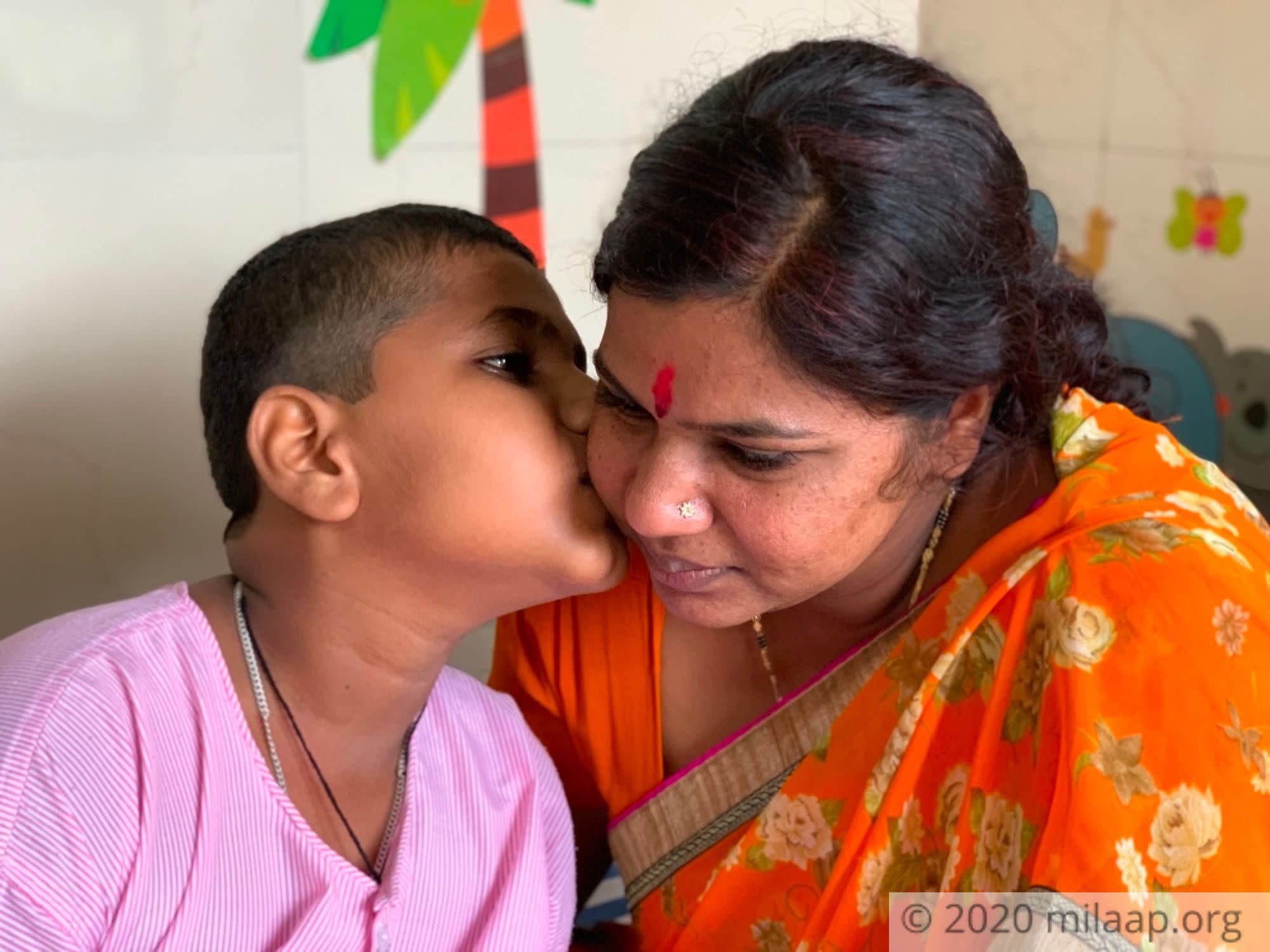 “It used to be just a couple of seconds,” recalls Madhuri, Vedant’s mother, with tears in her eyes. “The very first seizure he ever had — he was just a baby at the time — lasted maybe 10 to 15 seconds. But over the years, 10 seconds became 30, then that became 1 minute. Nowadays when my son has a seizure it lasts nearly 15 minutes! 15 minutes of pain and fear! For him and for us! They’re saying his brain can’t take this suffering anymore, and my heart can’t either. I want to save my son’s life but... I can’t!” 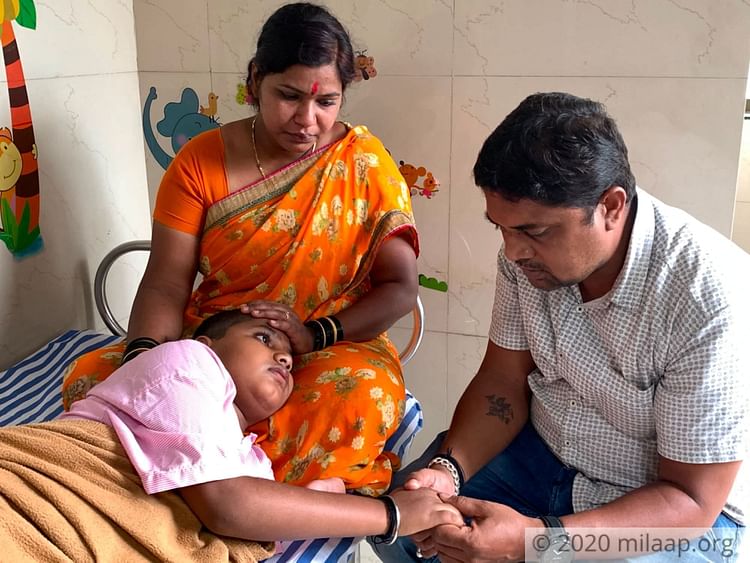 Little Vedant was 10 months old the first time he had a seizure. His left eye started quivering, his left hand curled into a tiny fist and started shaking. Worse, he wouldn’t respond to his parents’ panicked yells; Anand and Madhuri had been suitably terrified at the time.

“We couldn’t think, we were so scared!" begins Anand. "Even though it only lasted 10 seconds, it felt like hours! We rushed him to a hospital, and got him some scans. That’s how we found out there was a problem in our son’s brain...” Anand looks tired as he says this, the stress of the past few weeks, the past 12 years, visible in his eyes. 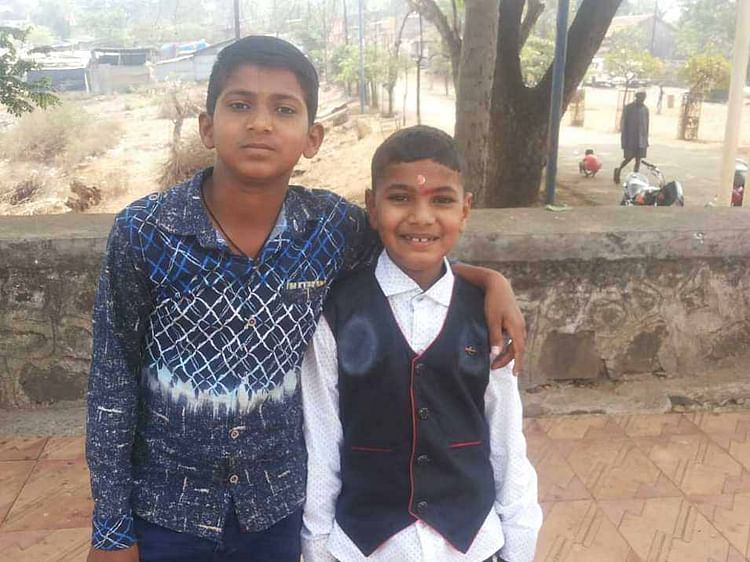 Vedant (right), with a neighbor

Their lives revolved around their son

One half of Vedant’s brain never developed fully. All his life, they loved him as much as any parent would love their child, even as Vedant’s problems became more and more pronounced over the years. His left hand grew weaker and weaker, his seizures started happening at any time of day, and one day he started limping. Their lives revolved around taking care of him; Anand often worked multiple shifts at his factory to cover medical costs, and Madhuri spent all day doting on her only son.

“Our son is 12-years-old now, and his condition is worse than ever before, and we’re more helpless than we’ve ever been! We need your help...” 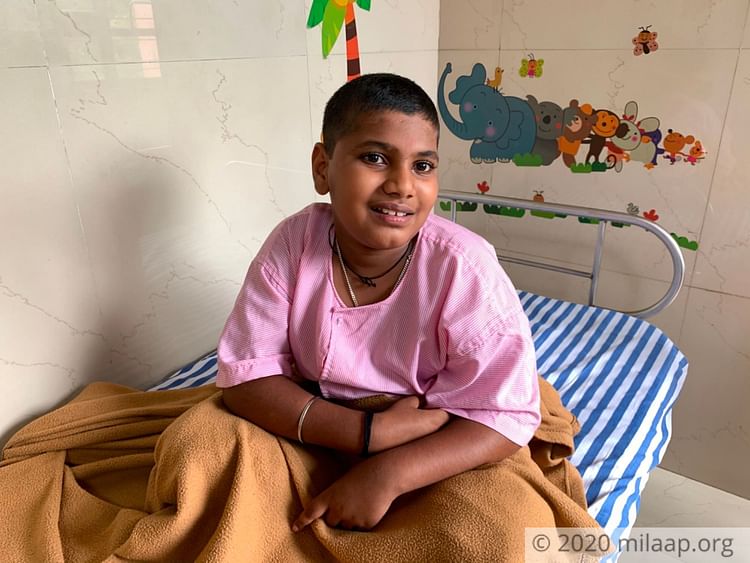 He needs an urgent surgery, but Anand can’t afford it

“Each time he has a seizure my son’s brain gets more and more damaged. At this rate, very soon he may stop recognizing us, he may forget how to say Maa and Papa, he won’t be able to tell us if he’s afraid, or in pain! And after that he could even...” Madhuri has to turn away, unable to continue. Anand finishes her thought, “He could even die. And if that happens, how will we ever forgive ourselves? This surgery can stop all this, but I’m just a factory worker. I can’t afford a 5 lakh procedure!”

Madhuri and Anand have never felt this desperate. Young Vedant still has a smile on his face because he doesn’t understand what the future may have in store for him, if his parents can’t afford his surgery. You can help by clicking here to donate.
V
Patient Vedant is 12 years old, living in Kolhapur, Maharashtra
SH
Being treated in Siddhagiri Hospital, Kolhapur, Maharashtra