You are sending a message to
Anu Tomer
Go back

Shares
Shares
Share on whatsapp
Choti, the 2-year-old street dog, limps excitedly when she sees her friends. She is thrilled to meet new visitors, but can barely walk since both her legs are broken and at present in a cast. She lost her legs when a school peon thrashed her with a stick to shoo her from the school campus. She was taken to Voice of Voiceless shelter unconscious with both her legs broken.

Choti is affectionate and through no fault of hers has fought a battle she doesn't understand. If she had received immediate medical attention, her condition could have been better. Choti is just one among the hundreds of injured animals in Delhi's animal shelter homes. 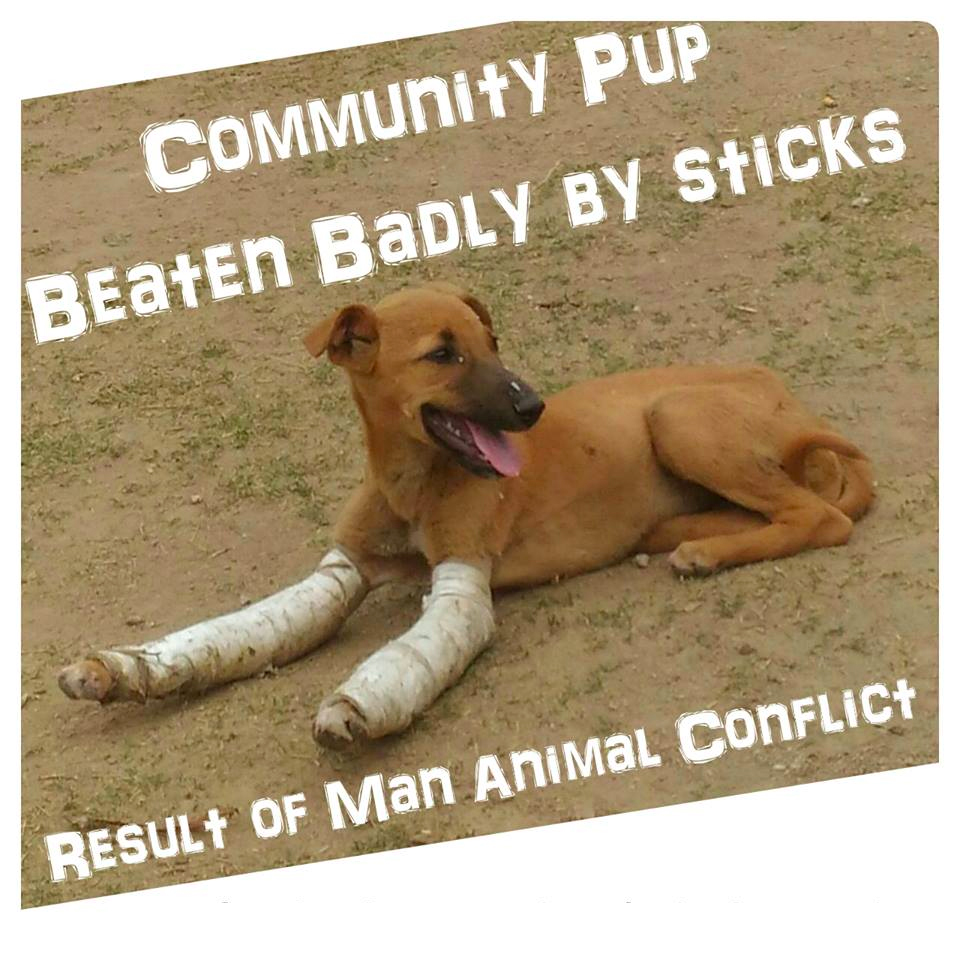 Delhi-based artist Anupam Tomer is one of those rare souls who decides not to walk past injured animals like Choti. He and his wife are friends to many animal shelters in Delhi. Anupam could never comprehend why someone would ignore an animal that was lying on the road, howling in pain. 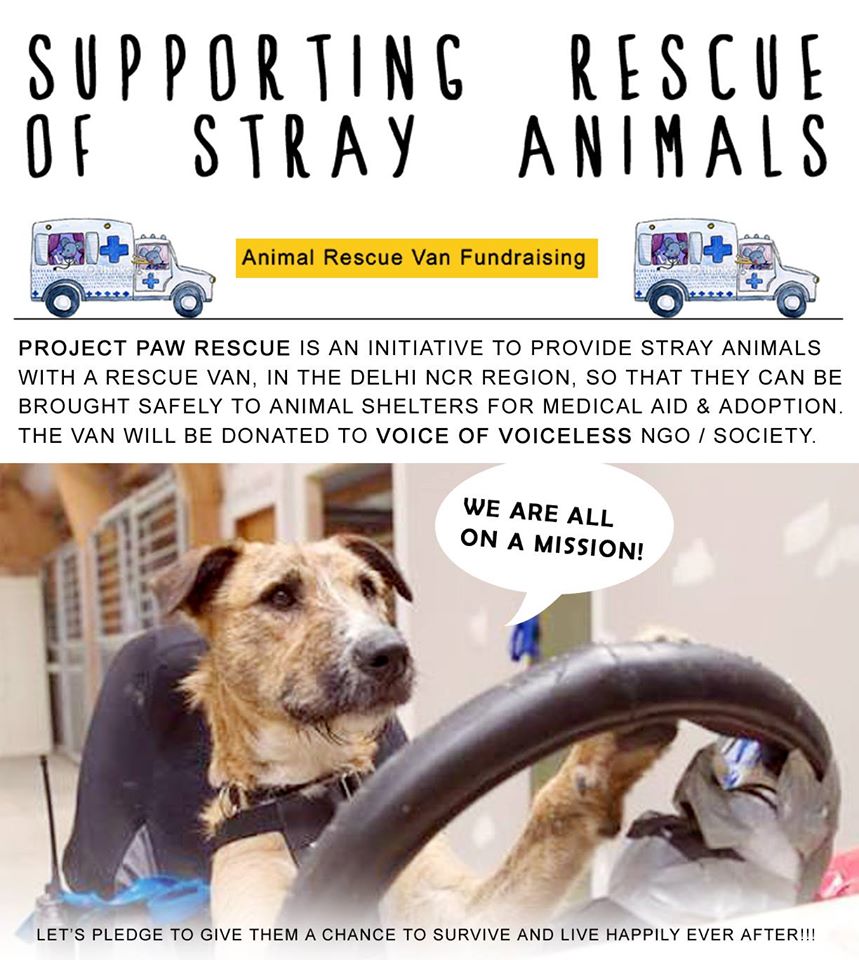 One rescue vehicle could help a wounded animal

“Most people don't know what to do when they see an animal howling in pain. Even those who might want to help can be scared of coming too close because they have not handled animals before. I don't mind taking the animals to shelters but individuals alone cannot cover the entire city at all times," he says.

Close association with shelters made him see how useful it would be to have a rescue vehicle that could take an injured animal to the shelter. It was the only thing between an injured animal getting the help it needed at the right time. If there was an existing ambulance service, anybody could help an injured animal with one phone call. However most animal shelters are severely pressed for resources to raise money for an ambulance.

This is how Anupam came up with ‘Project Paw Rescue’. Through this initiative, he wants to provide animals with a rescue van so that they receive timely attention. Anupam is raising money and needs your help to buy a second-hand van and convert it into an ambulance for animals.  He plans to donate the van to the Voice of Voiceless, an experienced animal shelter and rescue home in Delhi.  (You can know more about the work of this organization here)

"It is a painful feeling to have an injured animal in your care. You don’t know what will happen to it, if it is in pain or if it will make it. With this van, at least they can receive timely help from professionals. Even a person who may not be totally comfortable with animals can also make a phone call and request a rescue,” says Anupam.

Apart from helping animals get rescued, Anupam feels an ambulance might help create awareness on animals and their rights. A lot of people don’t know about the concept of animal rescue and Anupam is positive that through this initiative, the love for animals will grow. 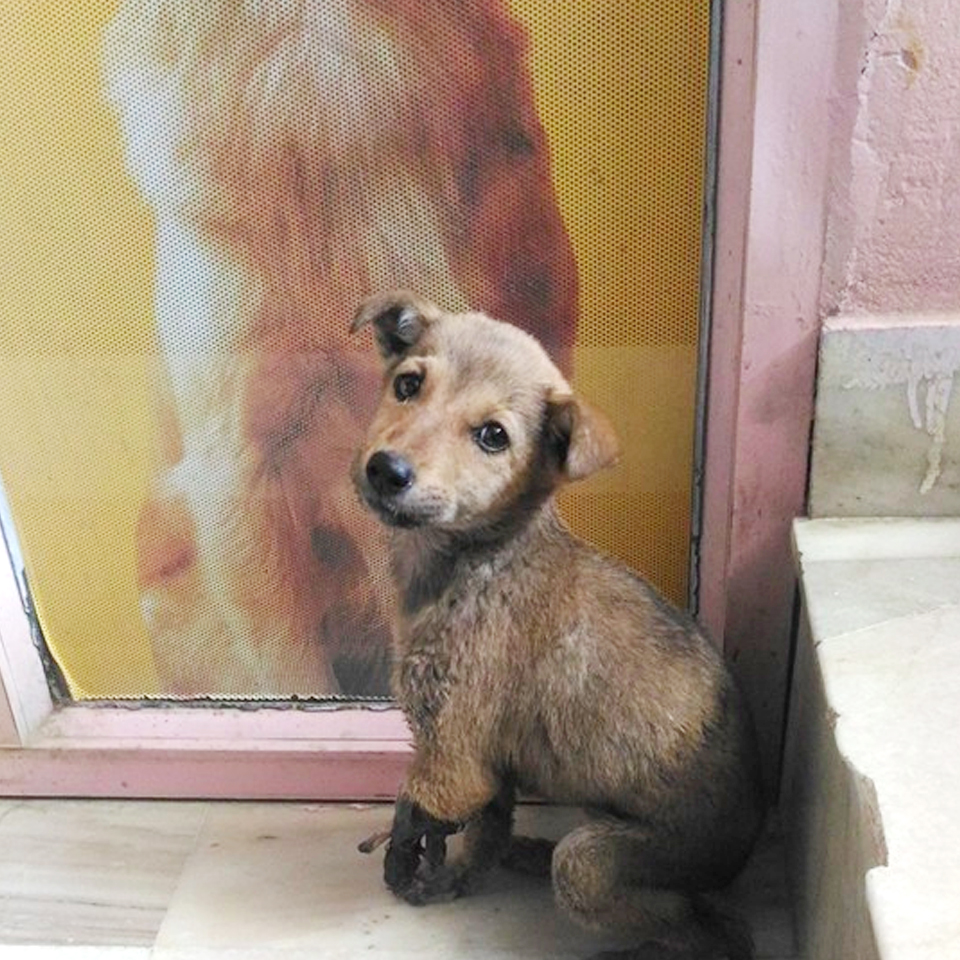 “I love animals and it is the least I can do for them. I am certain that having such a van can help in changing the mindsets that the lives of animals are not of value,” says Anupam.

How you can help Anupam purchase an ambulance

Anupam is looking to raise funds to make  'Rescue paws' project a reality. A contribution of Rs. 500 or more from you will help him purchase a van for the strays. Based on the final amount collected at the end of the campaign, he will disburse the funds in the following:

Apart from helping animals get rescued, Anupam feels an ambulance might help create awareness on animals and their rights. A lot of people don’t know about the concept of animal rescue and Anupam is positive that through this initiative, the love for animals will grow. “It is the least I can do for them. This is just the beginning. I am certain that this facility will help in changing the mindsets of people,” says Anupam.

Anupam is an artist and the artist in him also wants to use the van as a canvas to draw more people in towards the cause. On the ambulance, Anupam plans to paint the names of each individual and organisation who have contributed.

*This story was taken and shared first on TheBetterIndia's platform here*