Shares
Shares
Share on whatsapp
We have come across stories of people who leave everything behind to discover themselves. But, this man wanted to do a lot more than just finding himself. He embarked on a journey to rural India and is now setting up ProtoVillage, a self-sustainable and eco-friendly society in Andhra Pradesh.
After about six years into his job at Genpact, a multi-national BPO and IT services company in Bengaluru, Kalyan Akkipedi realized that he didn’t want to do what he was doing.
“I used to love my job and I was pretty good at what I did. But, then it occurred to me – how many years do I have to be socially productive? I did my math. 10,000 days left. That’s all I had, which is when I made up my mind that I don’t want to spend my life making a rich company richer,” Kalyan says.

In 2008, Kalyan left his job.
“I decided to travel rural India. Plus, I set up a condition for myself that I won’t be spending money on food and accommodation. I thought I will last for a month. But, I succeeded. Each and every experience amazed me – from living with families to working with them,” says Kalyan. 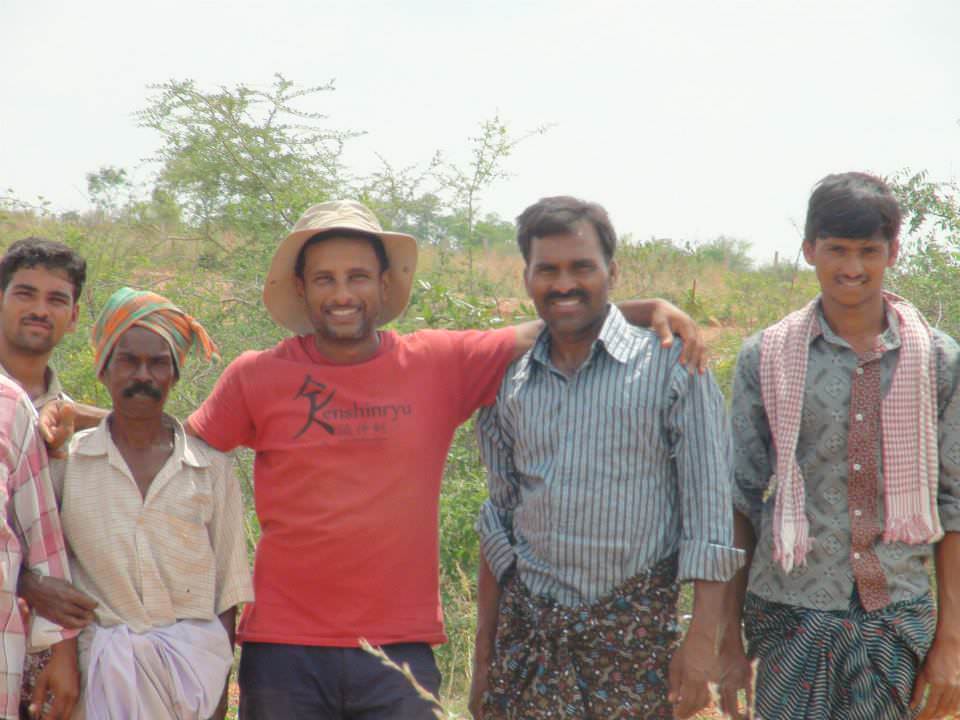 Before starting out on his journey, Kalyan decided to get clarity on the poverty structure. So, he went through the UN Report on poverty. “About 440 million people are below the poverty line. But, tell me one thing, will solely getting everyone above the poverty line make our country a happy place?” he asks.
“There is always going to be a humungous amount of population who will be at the bottom. It’s a vicious cycle – more like being on a world trip while running on a treadmill. You’re going to reach nowhere,” Kalyan says.

Creating Abundance – The Idea of ProtoVillage Was Born

After travelling the tribal belt of west extreme of Kutch, through central India, all the way to Sundarbans in the east, for about eight months, a realization dawned upon Kalyan. “The jargon of poverty is itself so negative. It’s all about the difference between two sets of people. How about we instead start focusing on creating abundance?” he says.
Kalyan came down to his native place Anantpur, in Andhra Pradesh. He travelled around 166 villages and finally chose Tekulodu village as the one where he would live and start working. The cultural familiarity was one of the reasons that made him choose the place. His goals in the initial days were to simply document the lifestyle of the villagers and understand the way things work.
“Every day, I would stay with a different family, help them with their occupation and during dinner we would discuss the family’s financial health,” says Kalyan. In about 100 days, he had worked with 100 families in the village. This provided him with the needed financial data. 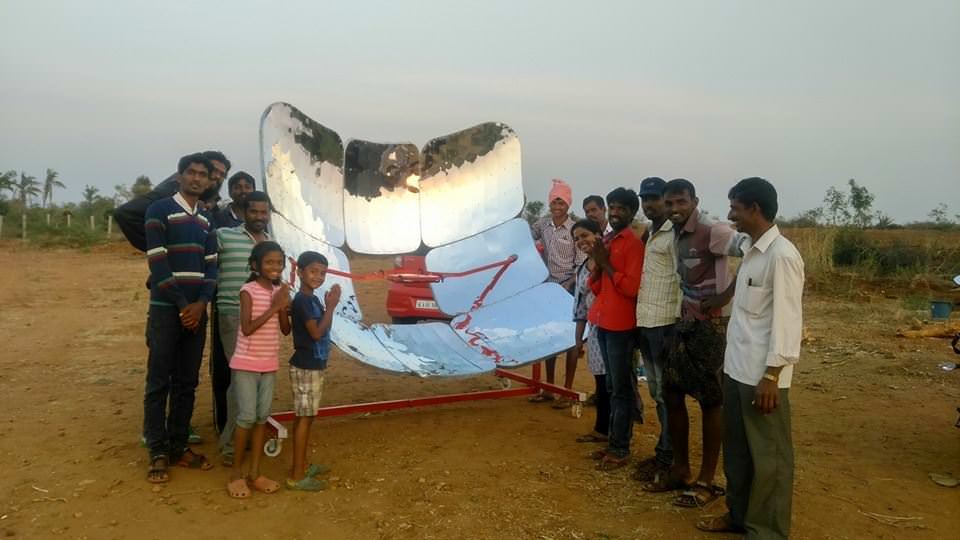 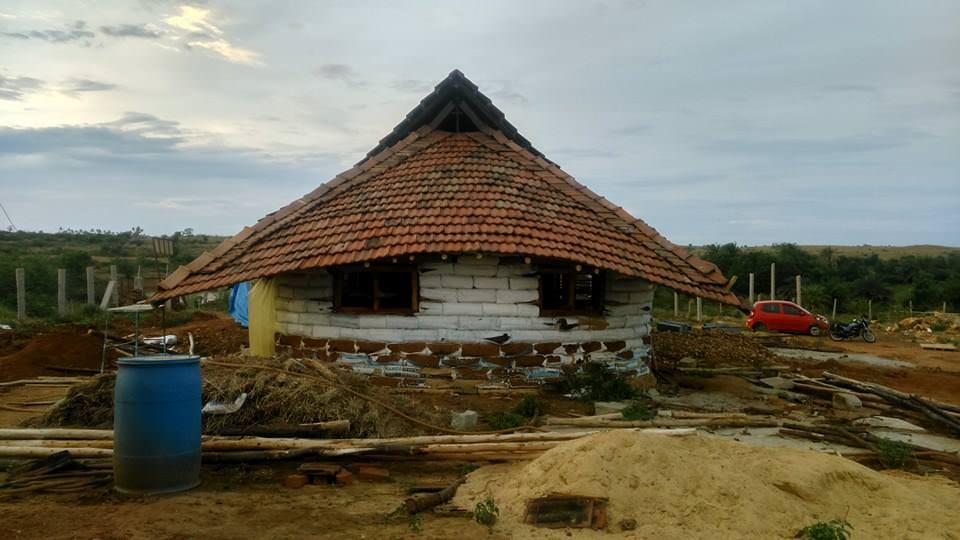 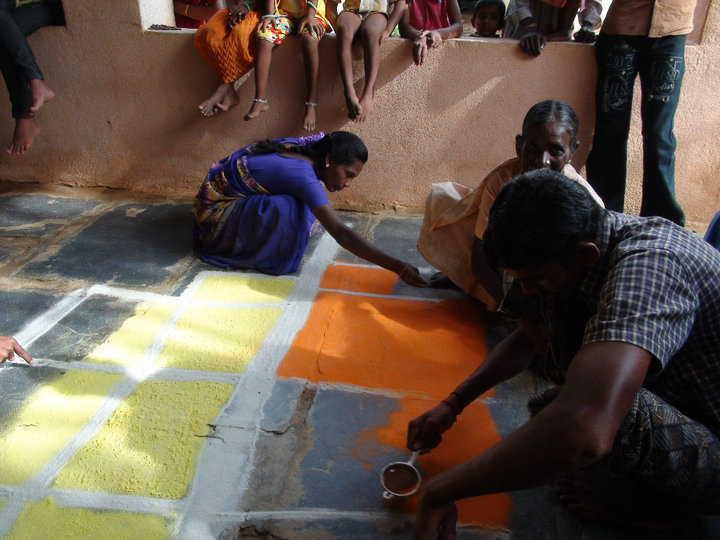 Challenges He Faced and Lessons He Learnt

“I have learnt two lessons and that too the hard way. The villagers don’t like preachers. They respect people who can do things and show them results,” says Kalyan.
Kalyan chose one family that was earning just Rs. 6,500 per month, and started working with them. The whole point was to stabilise their earnings through farming. “In about eight months’ time, we turned an uncultivable piece of land into a productive patch. Today, the family earns Rs. 18,000 a month,” he says. 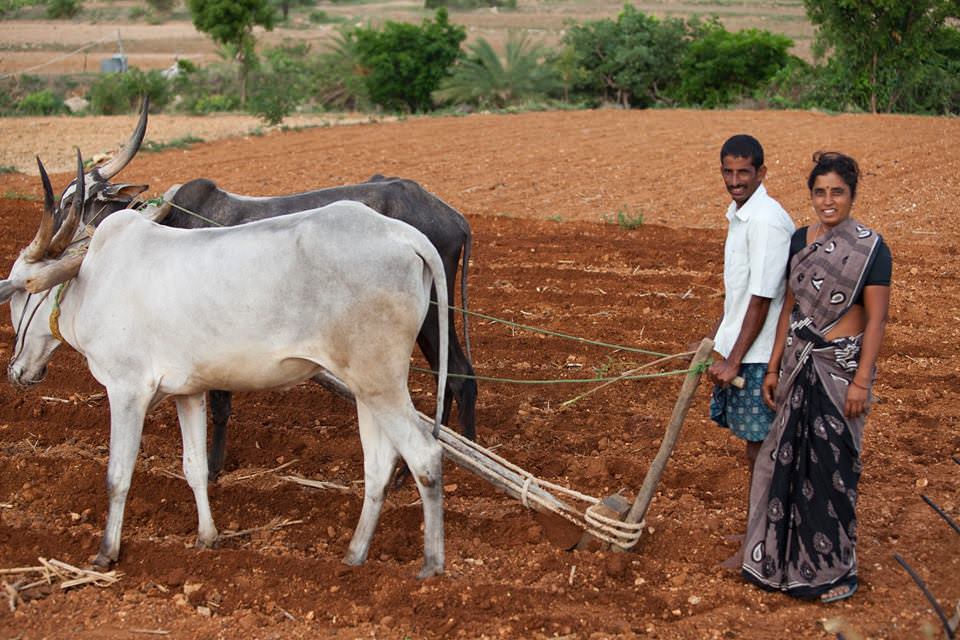 This motivated him. His next step was to build an abundant community. “Tribal families have traditions that need them to be interdependent on each other. So, the villagers will depend on each other, but as a whole they will be independent. This way the money will remain in the village itself,” says Kalyan.
He purchased 12.5 acres of land to setup ProtoVillage, the model rural community. When the idea was shared with the villagers, 12 families volunteered to be part of the endeavour. It was decided that the village will be home to a maximum of 15 families.
Today, the village is energy self-reliant, WiFi enabled, and has a consistent source of water. The members grow their own food as much as possible. The residents built an eco-friendly visitors’ centre, in which they currently reside. They will soon start building their respective homes. Energy generation happens with the help of a solar plant and a wind turbine at the moment. Soon, a biogas plant will be added to the system.

The Turning Point in His Life

Kalyan recalls how one particular incident moved him greatly.
After a certain point, he came to know through his friend that selling the milk of indigenous cows was unethical. He conveyed the same information to the family he was working with and helping them earn their living through milk-selling. “This small business had changed their lives to a huge extent. It had doubled their family income. So, I knew telling them not to go ahead with this would disappoint them. But, surprisingly, the husband and wife said that, for them, it wasn’t about money. They believed there was more to life than that. They believed in what I said. They were ready to start things from scratch, and do them right. Their resilience inspired me,” says Kalyan
“There was another time when we had planted about 800-1000 trees. The first step was taken. Unfortunately, it didn’t rain for a month. I remember how every day I used to stand on the road and look at the clouds,” says Kalyan.
“A well-wisher told me once, anything that disrupts won’t go far. You have to craft village initiatives in a way that makes the social structure longer. The biggest challenge in this whole journey was myself, my imaginary obstacles. Having said that, I am excited about what I’m doing. The experience has enriched me and my family. What else do I need?” he concludes.
Their village has become a role model now. They demonstrate abundance in a brilliant manner. Others have got inspired from them and they too want to be a part of it. 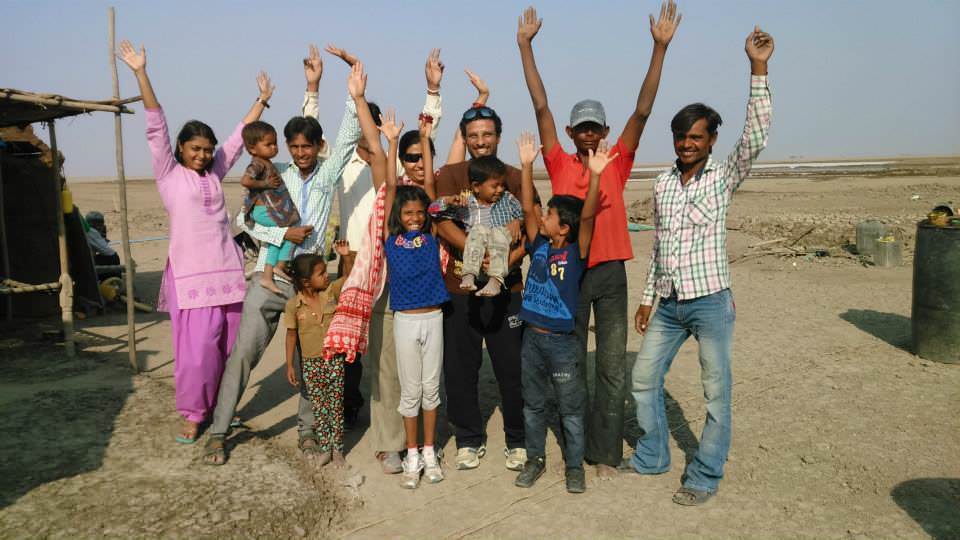 For Kalyan, the mumbo jumbo of poverty eradication doesn’t interest him. Instead, he believes in empowering the villagers by giving them concrete steps that can help them improve their lives. The ProtoVillage is for the people, of the people, and by the people.
At present, Kalyan and his team are pushing to promote the concept of organic farming among the villagers and the local public by setting up a model organic farm within Protovillage. He needs funds to support the earthworks involved with setting up model village's organic farm. You can help him with this. Contribute here.
Donate

Kalyan, an IT engineer has sacrificed a lot to build the perfect model village