The Pain Of Having A Damaged Kidney, She Expresses In Her Poems | Milaap
loans added to your basket
Total : 0
Pay Now

You are sending a message to
Suman Bhattacharyya
Go back

The Pain Of Having A Damaged Kidney, She Expresses In Her Poems

Shares
Shares
Share on whatsapp
27-year-old Piyali had plans to make a career in poetry writing. She used to be an optimistic person and was soon going to become a strong and independent woman after her graduation. But in the last 8 years, her life has changed so much. She can only remember days in the hospital. She is an end stage kidney disease patient, struggling to survive.
Here's how she penned down her sorrow

Since last 8 years, Piyali has been going on a never ending cycle of dialysis, both for her kidneys are not functional and family has almost exhausted all of the savings on her treatment.

She talks about how a small hope is keeping her alive and letting her fight this long ending battle, she wants to survive and live to achieve something greater.

An Ordinary Life With Extraordinary Dreams

Coming from a rather ordinary background. Piyali has had an extremely normal upbringing. However, she always had strong aspirations towards her career and life goals. She completed her B.A. philosophy back in 2009 and was looking forward to making a career as a human resource professional. She also had aspirations to pursue her dream as a writer and poet eventually become an accomplished writer in Bengali.

Piyali never felt that she was ill until the day she fell unconscious while working on one of her poems. Everyone in the family thought that it was just a case of dehydration in summers.

However, her seizures became very frequent and eventually, she had to undergo tests to identify what was happening in the body. The doctors identified she had an abnormally low creatinine level and abnormally high sugar levels. Her treatment to control sugar levels started by the mid of 2010 and it came under control.

The doctors gave the following feedback on her condition: "She has serious issues with kidney and her sugar levels, it would a challenge to treat both diseases at the same time."

It was the just the beginning, she had much worse complications

By 2010, her kidneys were completely deteriorated and Doctors had to prescribe her a dialysis to ensure her kidneys remained to function.

Piyali's brother, Suman works as an accountant in a private company and merely manages to earn 11k per month, the expenses of the family is borne by him only and it becomes a challenge to manage medical treatment expenses of 30 - 40 k per month. Some of the relatives do help them with the expenses. However, it has become a huge challenge to arrange money for her transplant which will cost close to 8 lakhs

Your contribution will ensure an aspiring poet gets a new life and will let her family recover from the depression they have been through. 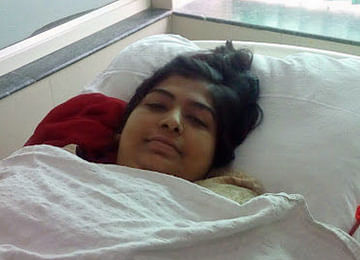 Help this poet get back her life. A kidney transplant will save her.

Doctor's have recommended an urgent kidney transplantation. Our support can save her life.