After Husband Left Her For A Better Life, This Mother Is Struggling To Save 19-Year-Old Paralysed Son | Milaap
Receive tax benefits by donating to this cause.

After Husband Left Her For A Better Life, This Mother Is Struggling To Save 19-Year-Old Paralysed Son 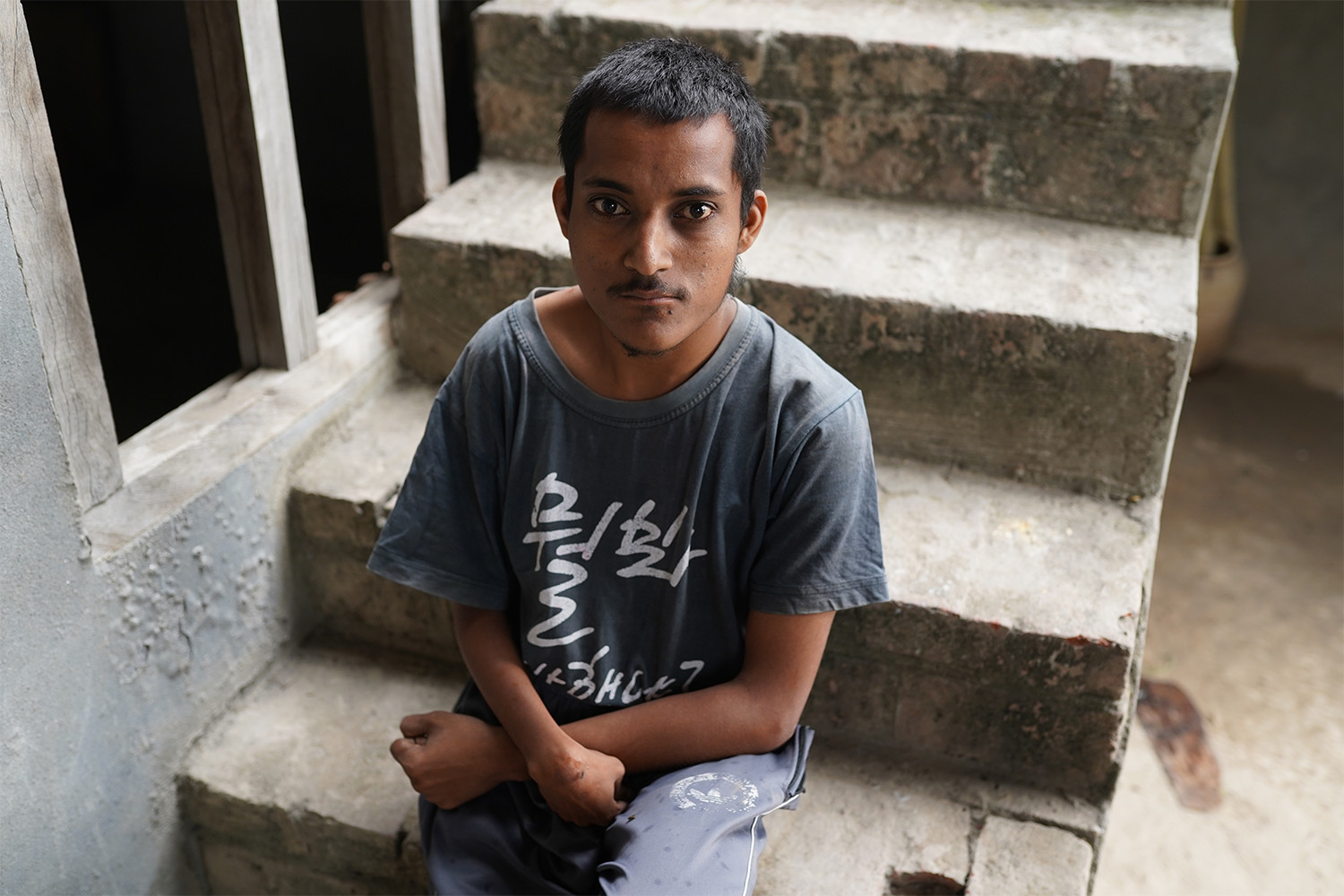 My husband abandoned us, when both my children were young, because he felt overburdened by Shivam's condition, and the unending debt. But as a mother, I couldn't see my children suffer. I refused to leave my son behind. My only wish is for him to undergo treatment and get well soon. I don't want him to suffer or face anymore difficulties in life..." - Manju Devi, mother

Shivam was only 7 years olf, when his suffering began. He ran a high fever one day, out of the blue. His body was burning up, and no amount of regular home remedies were able to normalise his temperature. His panic-stricken parents rushed him to a nearby clinic, where he was prescribed medicines along with bed rest.

But even 6 days later, there was no improvement in his conditon and he suddenly fell unconscious. Yet again, he was rushed to the nearest hospice where he was admitted in the ICU. Some 15 days later, the young boy woke up to the right side of his body paralysed.

He is entirely reliant on his mother and sister

According to the doctors, Shivam suffered a brain haemorrhage leading to a paralytic attack and osteoporosis, a condition where the bones become weak and brittle. There is also a non-cancerous mass in his brain - meningioma, or a tumour arising from the membranes. As a result, the-19 year-old cannot sense or feel anything on the right side of his body. He has developed pneumonia as his chest muscles grew too weak to function. Furthermore, he is a victim of acute gastroenteritis, which adds to his woes.

"He cannot eat food, or drink water properly and neither can he use the toilet like normal people - his bowel and bladder functions are severely impaired. He feels ashamed to go out and faces a lot of difficulties in his daily life. He is unable to do anything, really. He is fully dependent on me, and I have to do everything for him." - Manju Devi

"Shivam’s condition is only worsening. He keeps asking us, ‘Mummy, what will happen to me? While you’re here, you will take care of me. After you’re gone, who will be there for me?’. Until now, I have been helping my mother take care of him. But after I leave, I don’t know how she will manage on her own" - Shivam's sister

He needs multiple surgeries and continued medical management, to recover

Shivam needs to undergo various procedures and supportive treatment to survive. He needs multiple chemotherapy sessions and a craniotomy to rid him of the brain tumour, a spine correction surgery as it is deformed due to the paralytic attack. His gastroenteritis can only come under control with prolonged treatment and medical care. But all of this will cost a lot of money - money that his poor mother doesn't have the means to arrange.

Manju Devi, Shivam's mother, works as a domestic help to earn a living, after her husband, Satish, deserted his family. When Shivam was in dire need of treatment, Satish borrowed lakhs of rupees from moneylenders, and even sold their house. Frustrated by the moneylenders demanding repayment, he left for Nepal with his elder son, leaving his wife, daughter and ailing younger son to fend for themselves.

"I work as a maid to feed my children. I often bring back leftover food so my children don't sleep on an empty stomach. But, I can't even fill their stomachs properly; how will I afford the cost of surgery?" - Manju Devi,  mother,

19-year-old Shivam wanted to be his family's support system, but fate had other plans. First, his father gave up on him. His mother has left no stone unturned to ensure he keeps inching closer to his dream of standing on his feet. But now she is on the verge of losing hope.