'I Should Be Working And Providing For My Old Mother, Instead I Have Become A Burden On Her' | Milaap
Receive tax benefits by donating to this cause.

'I Should Be Working And Providing For My Old Mother, Instead I Have Become A Burden On Her' 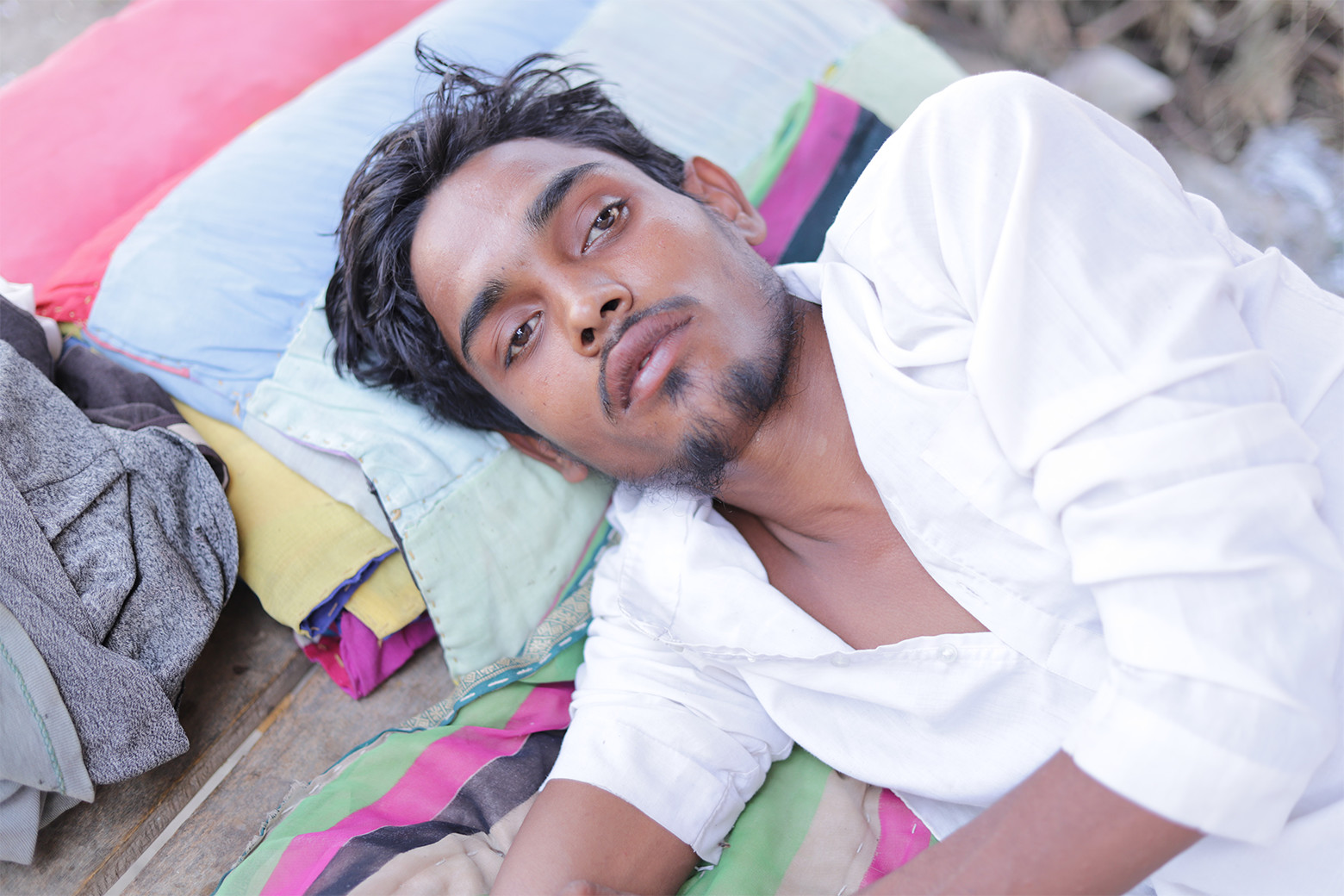 "The deadly COVID wave killed my husband, my two elder sons abandoned me, and my youngest son was the sole bread-earner. But he is now bedridden. My weak bones are not capable of working hard enough to feed my child and pay for his treatment. I have no courage to see anything worse in life. I have already lost my loved ones. Please, Allah, forgive my past sins and hear my prayers." - Jakira Begum, mother.

It was a bright sunny day in September 2021, and Shabaan was tasked with gathering firewood so that his mother could cook them a hot meal. The 19-year-old climbed high atop a tree to chop wood, despite his mother's warnings. Unfortunately, while descending the tree, he lost his footing and fell off. The impact hurt his back, injuring his spine in the process, and the damage was irreversible.


He lost his ability to walk to the spine injury, and has been bedridden ever since
Shabaan was rushed to the hospital, where doctors prescribed some medication that made no difference to his condition. Eventually his health deteriorated, rendering him immobile and bound to his bed.

"I am paying a heavy price for my negligence. My mother warned me several times not to climb the tree, but I ignored it. Today due to my foolishness, I have lost the ability to walk. I lay in my bed all day and helpless watch my old mother take care of me. I was supposed to be her support; instead, I have become a burden for her." - Shabaan.

With proper treatment, he can stand on his feet again

Shabaan has been enduring unbearable suffering for the past year. The damage from the fall was so severe that his lower body is not responding due to spinal cord compression. His body has become frail and weak from malnutrition, and he has lost control over his bladder and bowel movements. In addition to all this, the young boy also has a kidney problem. Shabaan has high chances of recovery with proper treatment. However, he nor his mother can imagine bearing the high expenses.

"We don't even have a proper roof over our heads. We survive on monthly ration that I avail with my BPL red card. At times, I am even forced to beg people to fill our stomachs. It has been so difficult for us, but I have borne it for my child's sake..." - Jakira Begum, mother.

Shabaan's father passed away due to COVID-19, last year, and his elder brothers moved away, leaving him alone with his mother. Before the accident, he worked as a labourer to feed his mother. But after the accident, he has been reduced to this pitiful state and his poor mother begs people for help. They don't have a permanent house or water facility where they are residing, and live in a vulnerable condition, utterly dependent on BPL ration cards for food.

"Allah, I beg you for mercy. Either kill me or heal me. I can't see my old mother suffer." - Shabaan

Poor Shabaan toiled hard to feed his mother. But today, his mother is running pillar to post to save her son, her only support system. Yet no matter how much she tries, she won't be able to gather the huge sum of money for Shabaan's medical needs, on her own.

You can ease this helpless mother's pain by clicking here and contributing towards her son's life-altering treatment.
S
Patient Shabaan lives in Bahraich, Uttar Pradesh