Mentally Challenged 9-Year-Old With Liver, Spleen And Cardiac Problems Could Face Life-Threatening Consequences | Milaap
Receive tax benefits by donating to this cause. 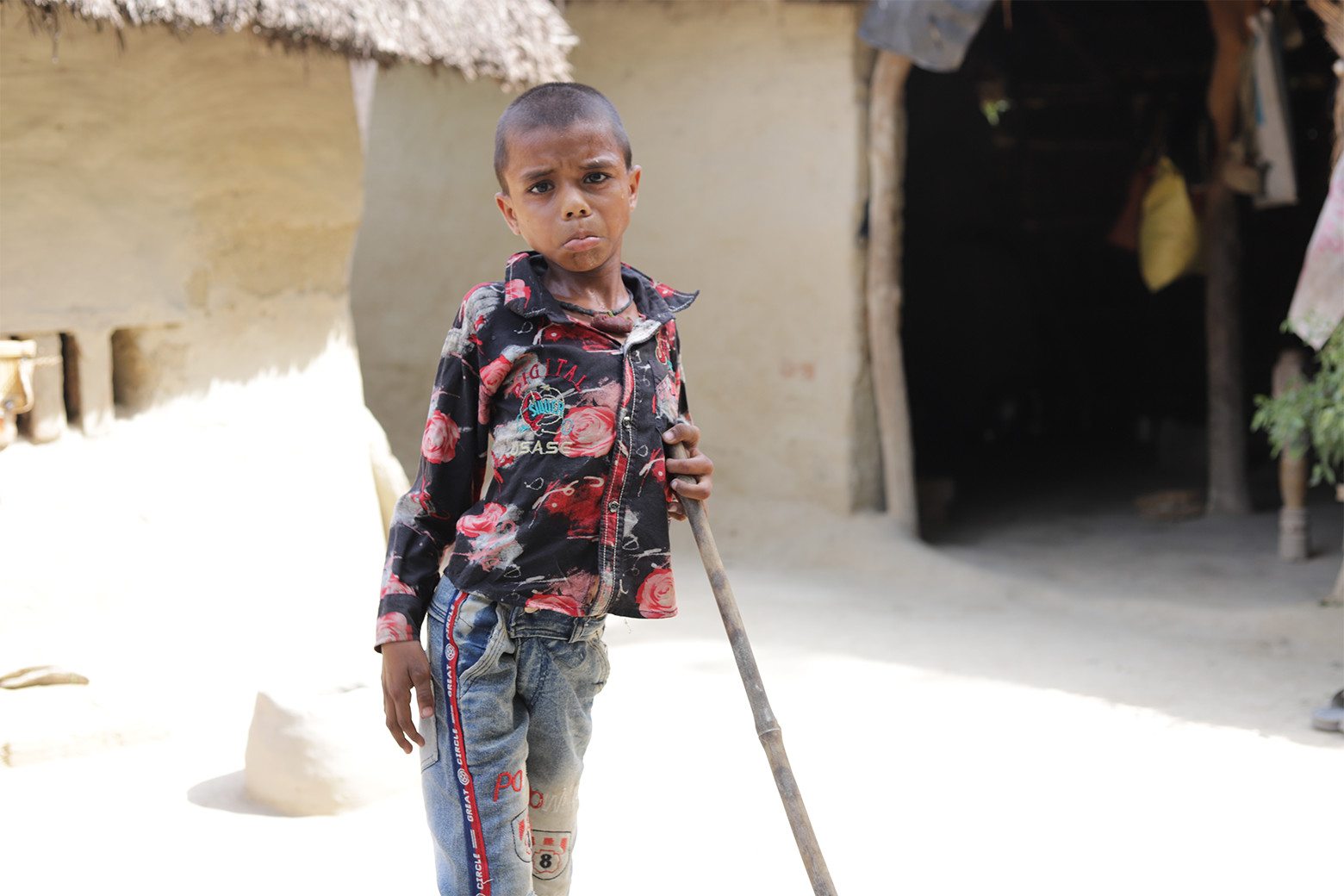 "He’s our only son and he needs treatment urgently. But we haven’t been able to get him any medical help. How will we, when we don’t have money, and neither is anybody willing to lend me any money? Our crops were ruined in the floods and our small, dilapidated house is falling apart. We don't have permanent source of income. How will I save my son when I have no money?" - Mukesh Dwivedi, father.

A fever led to his body becoming partially paralysed

Up until 2 years ago, Ramji was as normal as any other child. But then, in a blink of an eye, a sudden high fever changed everything. His body couldn't tolerate the soaring temperature, and he fell unconscious. When he awoke, he had lost sensation in the right side of his body. Alarmed, his parents hurriedly sought a nearby hospital for medical help.

Upon examination, it was discovered that Ramji was suffering from hepatosplenomegaly, a condition where both his liver and spleen have swelled up beyond their normal size. He has also developed a cardiac problem with conduction defect, a rare inherited heart rhythm disturbance that, in the long-run, can lead to complete heart block.


In addition to this, the 9-year-old is grappling with musculoskeletal abnormality, conditions that affect the muscles, bones, and joints; and ataxia, poor muscle control caused by damage to the part of the cerebellum (part of the brain that controls muscle coordination.

"Ramji has lost complete control of his body movements. He is also intellectually disabled and he can't speak at all. If he does to try to speak, he becomes irritable and aggressive. He faces difficulties in walking, eating, sitting and standing. He can't really perform any of his basic activities and needs help with everything. Treatment is a dire requirement, but what can we do? We are helpless." - Mukesh

Medication has not improved his condition, he needs surgery

Ramji's condition is serious and his health is declining with each passing day. His spine has curved inwards, due to which he is experiencing lower-limb issues, and he has lost control over his bladder and bowel movements. He experiences frequent sharp pains throughout his body and the intensity causes him to fall unconscious.

His inability to communicate through clear speech makes him irritable, and he often tends to get violent where he starts throwing objects around. According to doctors, Ramji needs to undergo multiple robotic surgeries of the cerebellum and the spine, followed by a long hospitalization for hepatosplenomegaly, medical management for cardiac disorder, as well as physical rehabilitation. All of this would cost his parents lakhs of rupees, which they can never bear given their poverty.

Following massive floods, he has no means to afford his son's treatment

The family resides on the bank of the Ghagra River that is prone to consequential floods, nearly every year. This year was no different, and Mukesh lost all his crops as the land that he used for cultivation was completely submerged in the floods.

"For nearly 5 months, there has been no work available here and we have been sitting idle at home. We are frustrated because of the floods. With no way to come and go, we are trapped in our homes and sleeping on an empty stomach. There is water everywhere, and we can't move around. There is only one boat, and only if it is available can I go to work. Even otherwise, I am not able to get any labour work, any business or any means of livelihood." - Mukesh

"We manage with very little food. There is no other way as my family is dependent on me. In such a situation, I can't even imagine affording the cost of treatment. Please help my son undergo treatment. Let him get better and walk about on his own feet. Your help would be more than enough for us." - Mukesh

With proper treatment, his chances of recovery are at 95 per cent. But his life is now at stake because his poor father is failing to arrange the lakhs needed to save his life. Your kindness can help undergo timely treatment. Click here to donate.