Widowed Mother Is Struggling To Save 23-Year-Old Daughter Who Looks Like A Small Child Due To Stunted Growth | Milaap
Receive tax benefits by donating to this cause. 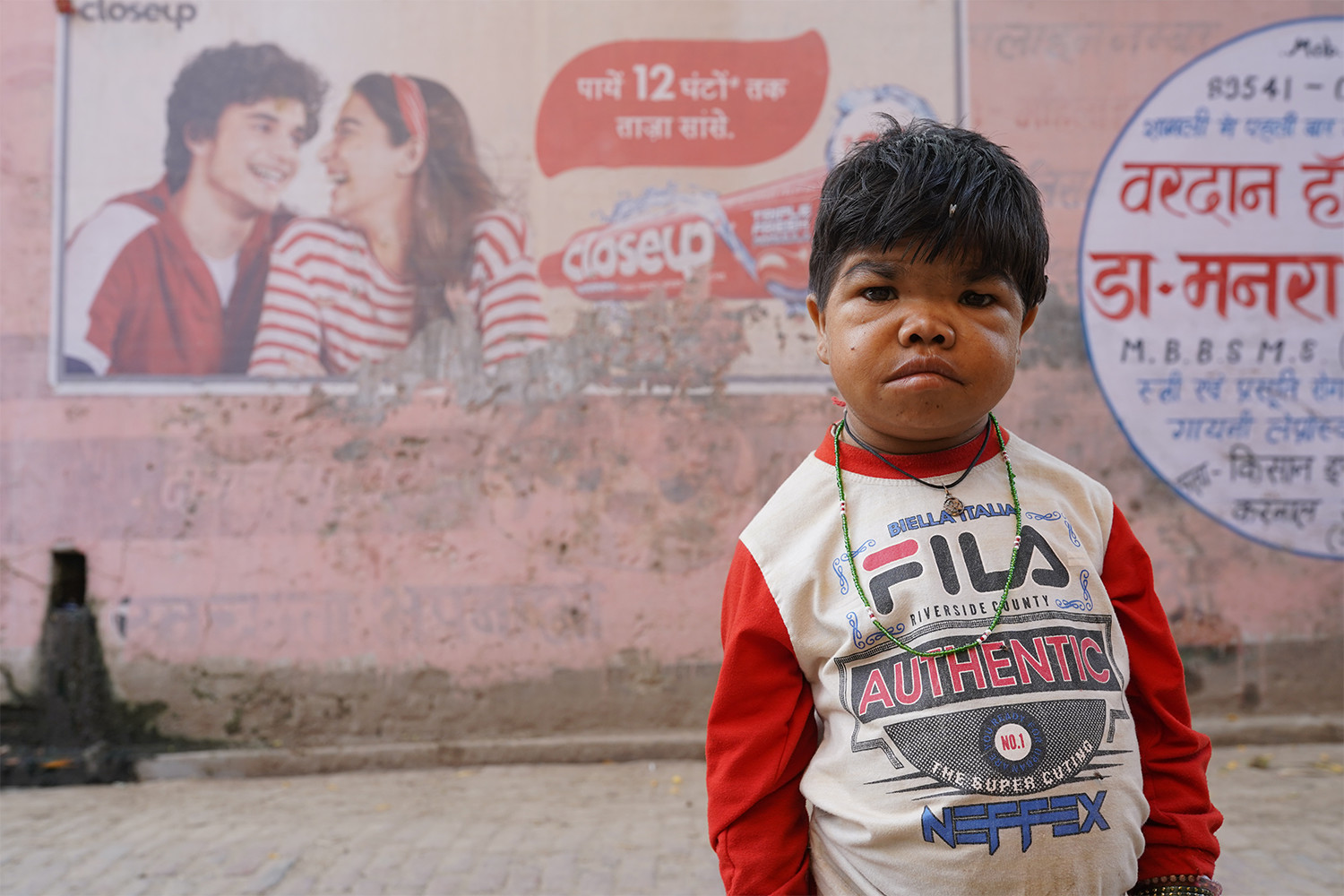 At first glance, Komal looks every bit like a 5-year-old, brimming with innocence. But the truth is that she is 23 years old, and lives every day of her life in misery. In an ideal scenario, she would have grown up healthy and been married, living a happy life by now. Instead, she has been fighting for her life, ever since she was a child. After her father passed away, and her brothers abandoned her and her mother, the two have been struggling to get through life on their own.

"I am here today, and can manage to take care of her with the little I have. But when I am gone, there will be no one to look after her. My sons abandoned us after the death of my husband, and left us to fend for ourselves. We are all alone, with no one to support us. It's hard for me to look after my daughter, in this state." -  Lalli Devi, mother.

When Komal was 6 months old, she fell from the bed and hurt her back. Her parents rushed her to the hospital, where a spinal injury was detected, and she underwent treatment for about 4 months. Seeing that there was no improvement in her condition and the family had run out of money, her treatment had to be discontinued.


Komal's growth has been stunted owing to her condition. She looks like a little child, with her face and stomach swelled up. Along with suffering from end-stage kidney failure, Komal also has lung fibrosis, scarring in the lungs.

She was also diagnosed with cardiomegaly, enlarged heart indicating an underlying heart condition, and tachycardia, where her heart rate is over 100 beats a minute. Furthermore, she suffers from spondylolysis, crack in spine bones and spondylolisthesis, where a vertebra slips out of place, resting on the bone below it.

She is entirely dependent on her mother for everything

Her condition was fragile to begin with, but it only worsened after she turned 8 and developed kidney problems. Following her father's death, they didn't even have money for food. So, the treatment cost was beyond their imagination.

"She’s about 23 years old now, yet she can’t walk by herself - I have to hold her hand and help her walk. She can't eat by herself and neither does she have control over her bowel and bladder movements." - Lalli Devi

Without immediate surgery, she will never know a normal life

With each passing year, Komal's suffering intensified, and her problems have spiralled out of control. After she ran a high fever last year, she has lost the ability to bend her knees. Her spine is in delicate condition and doctors have suggested immediate surgery, before it leaves her paralysed, or worse, claims her life - but her mother is in no position to afford her treatment.

Komal's father died of kidney failure, leaving her and her elderly mother on their own. Lalli Devi works as a domestic help, cleaning and cooking at other people's homes, and barely manages to earn two meals a day. She has been making every possible effort to treat her daughter, but poverty comes in the way.

"Her father passed away 8 years ago, and since then our troubles seem to have no end. We became helpless. If he was still here with us, we wouldn’t be struggling like this. We don’t have anyone we can lean on, in our difficult times. How do I get her treated, when I have nothing to sustain us? How do I feed her and myself? I just don’t know." - Lalli Devi

Click here to donate and make a difference Komal's life. You can help her undergo treatment and recover.