Young Aspiring Footballer Is Unable To Take A Single Step Without Falling Due To Weak Legs | Milaap
Receive tax benefits by donating to this cause. 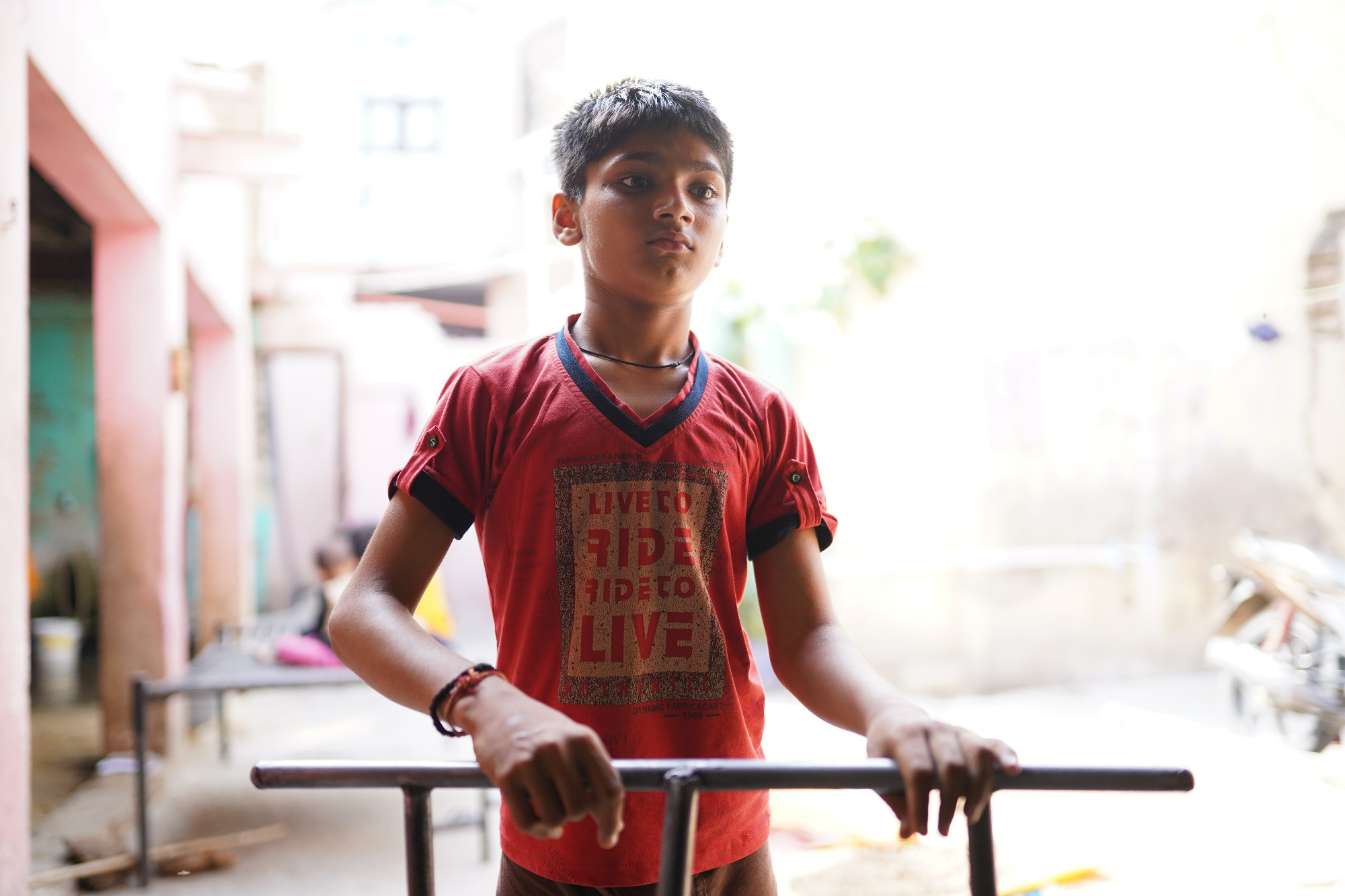 "Other children my age run around and play all day. But I can’t do those things. Football is my favourite game and I want to become a footballer when I grow up. But I can only helplessly watch others play. I sit and study even in school, as I can't join my friends for sports or stand for morning prayer. I have a lot of dreams I wish to achieve. I want to study and pursue an illustrious career. But my parents don’t the money for my treatment. Will you please help me get better?" - Kartik

When Kartik tries to stand up, his weak legs cannot sustain him. Without support, he soon finds himself on the floor. In addition to his muscle strengthening issues, he is malnourished and has severe knee problems. He requires urgent medical intervention to regain his life.

'I can't do anything by myself. I will never be able to walk.'

12-year-old Kartik has been suffering since his birth. He was one of twin babies, and his sister passed moments after they were born. All was well, until he turned 2 - he ran a high persistent fever and his parents rushed him to a hospital. He was prescribed medicines, but there was no improvement and his condition only got worse, urging his parents to approach a bigger hospital.


There they learned that the he has a suppressed vein in his spine, that is affecting his leg movement.

He doesn’t have control of his bowel and bladder movements. He says, ‘Mummy I’ll stay here with you for the rest of my life. I will never be able to walk’. Sometimes, he can’t help but cry. My heart feels heavy when I see the tears in my child’s eyes. He often gets teased by the other children. It really pricks at my heart that they’d say such mean things to my child." - Guddi Devi, mother

He needs a life-altering surgery, but his family of minimal means cannot afford it

Kartik's father, Praveen, is a poor labourer and his mother, Guddi Devi, is a homemaker. As a labourer, he can only manage to earn a monthly income of about INR 7,000, and feeding a family of five is a difficult task for him in this time of high inflation. Aside from that, he has spent a lot of money on Kartik's treatment already, and even borrowed money from their relatives, which adds to his burden. With an empty wallet and a mountain of debt on his shoulders, he is seeking urgent help to treat his son.

"When he was a child, he didn’t have much trouble. But as he’s growing up, it’s getting much harder for him. His mother takes care of him all day, while I go out to work. As a child, we were able to manage by carrying him around. But now, it's much more difficult and we can’t go anywhere." - Praveen, father

"Whenever we take him to a doctor, they say he needs a surgery. We don’t have the money for it, so how will we get him treated? We have spent everythign we had so far. We had no choice but to stop his treatment. My Kartik’s future is in your hands. We are absolutely helpless and can't do anything to help him." - Guddi Devi

A child is everything to parents. Their lives revolve around them. These hapless parents have already lost one child and now can't bear to lose their son too. Your contributions can help Kartik walk.