What have we done that God has punished our child like this? | Milaap
Receive tax benefits by donating to this cause.

What have we done that God has punished our child like this? 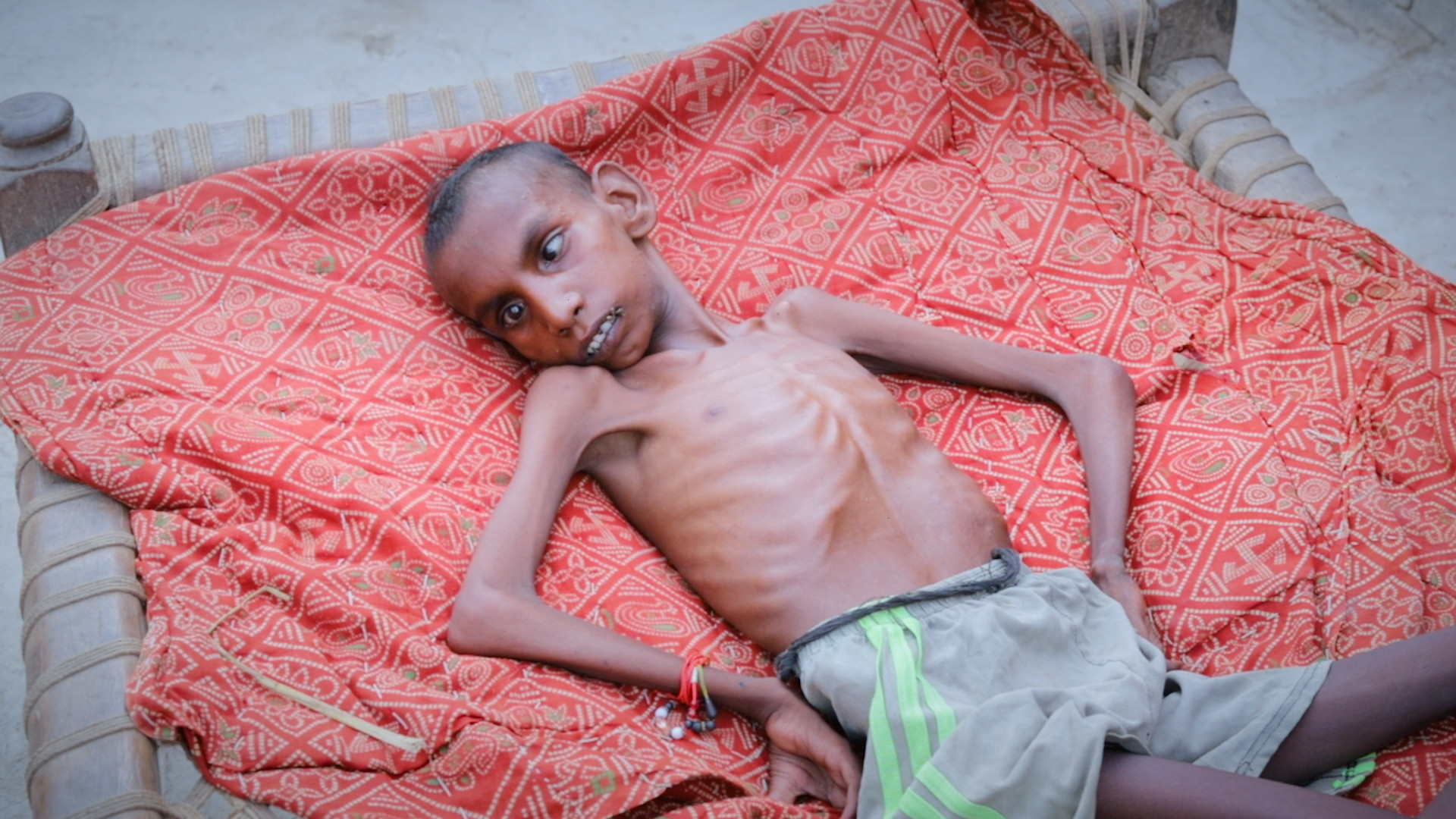 "He cries in pain all night, but he can’t shed a single tear. He cannot sit. Neither can he talk, nor can he walk. His whole body is reduced to just skin and bones. If we had the money, we would have put all we had into his treatment. But I don’t understand what to do now. I have lost 3 children already, and now I fear my Anurudh, my only son, may suffer the same fate." - Dhaniya Devi, mother

15-year-old Anurudh is so frail and weak that he just lays in bed helplessly. His body resembles a skeleton, from how malnourished he is. But he cannot eat anything, and neither does he have the muscle power to hold his head up.

His condition worsened drastically within a few months, leaving him sickly and bedridden

6 months ago, Anurudh suddenly ran a high fever, and his parents consulted a local doctor at a nearby clinic. Despite medication, his condition remain unchanged, even about 6 days later. In fact, it seemed like he was getting sicker by the day. Then, suddenly, he could not move his lower or upper limbs. But because his parents had no more money, they couldn't continue treating him.

Anurudh was diagnosed with brain abnormalities, affecting the organ's functioning, structure, and biochemical levels. He also suffers from spondylosis, a degenerative condition of spinal joints, where discs lose their cushioning effect, ligaments become weaker, and vertebrae can develop bony growths.

Fully paralysed from his illness, his kidney and liver are damaged

His condition has contributed to his paralysis. He cannot move his limbs, his body, or even his head, and is entirely dependent on his parents for everything. Scans have also revealed a sizeable mass on the left side of his stomach, likely arising from his left kidney - a possibility of a cancerous mass called Wilms tumour, which has also led to impairment in his kidney and liver function.

"He cannot even use the bathroom like normal people. I have to wipe his hands and face clean. He cannot eat by himself, so I have to feed him. He is in so much pain. What have we done that God has punished our child like this?" - Dhaniya Devi

Without multiple surgeries, his chances at survival are very low

Anurudh is in desperate need of medical management. His condition is already extremely critical, and any further delay could cost him his life. The procedures he would need to undergo include brain surgery, left kidney surgery, chemotherapy, cervical spine surgery, followed by intensive physiotherapy. Alongside the surgeries, he will require prolonged hospitlisation and ICU care.

A poor farmer, he cannot afford the treatment to save his son's life

Anurudh's father. Hanoman Prasad is a farm labourer. He works on other people's land, and strives to afford two meals a day for his family.  Anurudh's mother, Dhaniya Devi, is a housewife, and has been distressed seeing her son in this state.

The family is no stranger to tragedy and losses. These parents have previously lost 3 children under unforeseeable circumstances. Their eldest child lost his life to an illness that they couldn't seek treatment for, as they didn't have the money for it. The guilt of not being able to save him still weighs them down.

"Earlier, I borrowed money for his treatment which I could not repay, and now no one is ready to help me. What should I do? I can't let him die." - Hanoman Prasad, father.

These parents are in dire need of your help to save their only son from a cruel fate. Click here to donate and save Anurudh.