She Almost Lost Her Only Son In A Similar Accident That Killed Her Husband, Now This Single Mother Struggles To Save Him | Milaap
Receive tax benefits by donating to this cause.

She Almost Lost Her Only Son In A Similar Accident That Killed Her Husband, Now This Single Mother Struggles To Save Him 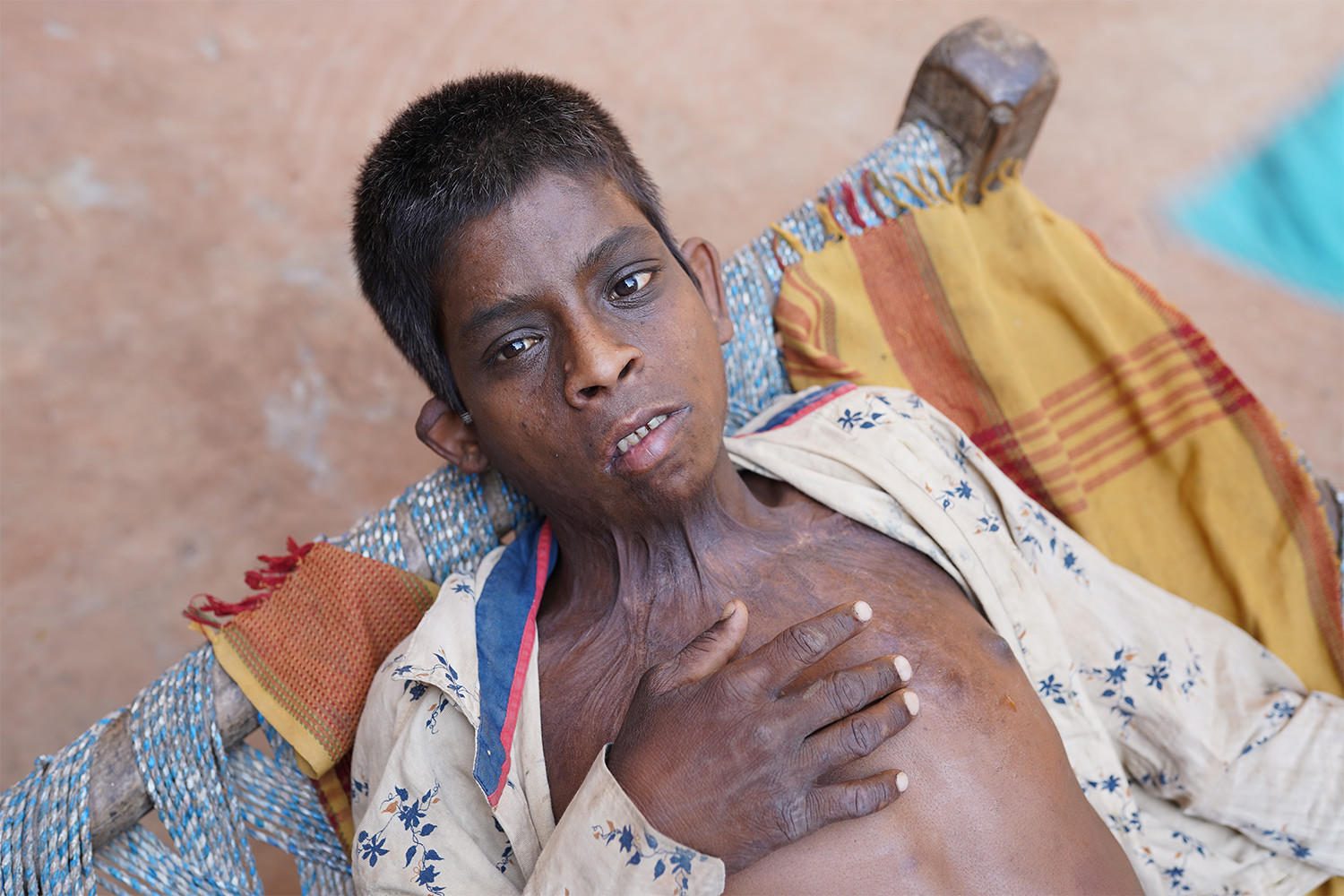 "My child was just 6 years old when my husband perished in a fire-related accident. His loss left me shattered, and my family was shaken. I was still greiving, when in another unfortunate incident, my son too fell victim to a fire. God spared his life, but gave him unbearable suffering in the aftermath. He needs proper treatement, but how will I afford it when I am barely scraping by, struggling to feed him a decent meal? " Sushila Devi, mother

Around 9 years ago, Abhishek, then 10, had been playing with his friends. He had been attempting to move some items off a shelf, when a lit oil lamp fell on his clothes instantly set his body on fire. As the flames engulfed his upper body, he started screaming for help. His mother was able to save him, but she too fell unconscious on seeing his condition.

He was rushed to a hospital in the city, since the local hospital were unable to treat him. Sushila Devi, borrowed money on interest and managed to save her son's life. But she couldn't ensure proper and prolonged treatment, due to the lack of funds. Today, the 19-year-old desperately holds on to the hope that he can be freed from his misery, once and for all.

Diagnosed with multiple health issues, delayed treatment could put his life at risk

Due to the accident, a majority of Abhishek's neck, chest and face have irregular scar tissue. He also has several burn patches on his stomach, thighs and hands. The damage to facial and neck muscles, has in turn caused him difficulties with his speech and weakened his oesophageal (food pipe) muscles. He also suffers from atrial fibrillation, irregular and often very rapid heart rhythm that can lead to blood clots in the heart.

His chest muscle dystrophy has led to respiratory acidosis, a condition that occurs when the lungs cannot remove all of the carbon dioxide the body produces. He's simultaneously dealing with optic nerve compression, and nephrotic syndrome, a kidney disorder that causes your body to pass too much protein in your urine. His treatment will require multiple steps of surgery and medical care.

He needs major surgeries for a chance at a better life, but his mother can't afford it

Following the incident, Abhishek's brain has been dysfunctional. He's grappling with several neurological and psychological issues, making him entirely dependent on his mother. He remains bedridden, having lost the confidence to face the world. His mother is battling life's struggles by herself, and Abhishek yearns to be the support she needs. This can only be possible when he undergoes proper treatment.

"I have to help him use the toilet, as well as bathe him and feed him. He cannot bear the heat or the harsh sunlight on his body, or his burns ache and start to itch. Despite knowing how much he is suffering, I cannot do anything - my hands are empty. Moneylenders knock at my door every day, demanding I return their borrowed money. But how will I? The guilt of not being able to help him because of our poverty, is killing me." - Sushila Devi

Abhishek's mother, Sushila Devi, does labour work to make ends meet and feed her ailing son. Her work depends on availability, and even though she toils day in and day out, she doesn't make enough to sustain her two-member family. Her husband, who was a raging alcoholic, passed away in 2005, leaving her with nothing but a mountain of debt which she is still repaying. The responsibility of providing for her family, clearing their debts and arranging funds for her child's treatment is entirely on her.

"I also want to look like everyone else. My mother has suffered a lot; I want to help her. Please help me get treatment, I wish to live a normal life." - Abhishek

Abhishek is in a lot of pain; even moving his head brings him a lot of pain. But more than the pain, he feels overbearing guilt looking at his mother. His mother has not seen a day of happiness since she got married. She was bothered by her alcoholic husband, who now s's struggling to save her son. A small contribution from you can give them hope for a better life.