Parameshwari doesn't have to walk 2 kms to relieve herself anymore

I went to a village near Musiri, some fifty kilometers from Triruchirappalli, with the intention of meeting Annakili, leader of one of the many Joint Liability Groups in this area. But since was unavailable, I met up with Parameshwari, a member of the same JLG, at her residence. There are totally seven members in  her house. her husband works at Tirrupur and so she manages the house on her own on most days. She has two children, both of whom attend the local Government school. Her mother and younger sister also live in the house. The household income must be close to Rs.10,000 per month. She took the loan from Guardian, Milaap's partner, for the purpose of constructing a toilet in her house. She makes a monthly installment of Rs.950 every month towards reimbursement of the loan amount. Before starting to use the toilet, that they just finished building, they'd been going to the closest fields, a kilometer away, to relieve themselves. Multiple trips in a day made life much harder for them. Frequent trips at night as it wasn't safe for them to travel to open fields at that hour. Monsoons also made the use of fields to relieve themselves very unhygienic. When she heard of Guardian and that they give loans to set up sanitation facilities at home, she contacted them and availed the loan. Now that the family has a toilets of their own, the entire family enjoys a greater sense of privacy and cleanliness. Cases of dysentery and diarrhea in her house, caused due to the perils of open-defecation, has also come down drastically. The entire family saves time and energy since they don't have to endure and additional walk of 2 kilometers every time they want to relieve themselves. The loan has enhanced their sense of pride and standard of living. 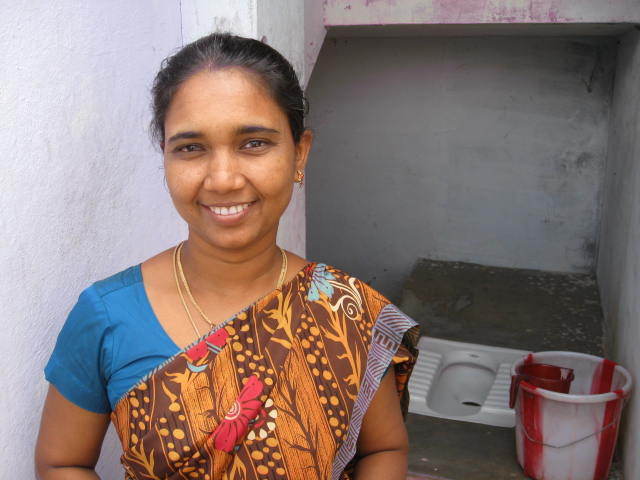