She Was Unable To Undergo The Surgery Three Years Ago

Niruben needs to undergo a valve replacement surgery. The cost of the surgery is Rs. 2,95,000. Her surgery was scheduled three years ago but the family did not receive any support to pay for the treatment. Several members of her family were on treatment and the family had been spending whatever they managed to arrange for their treatment.Niruben's surgery was postponed several times due to this. 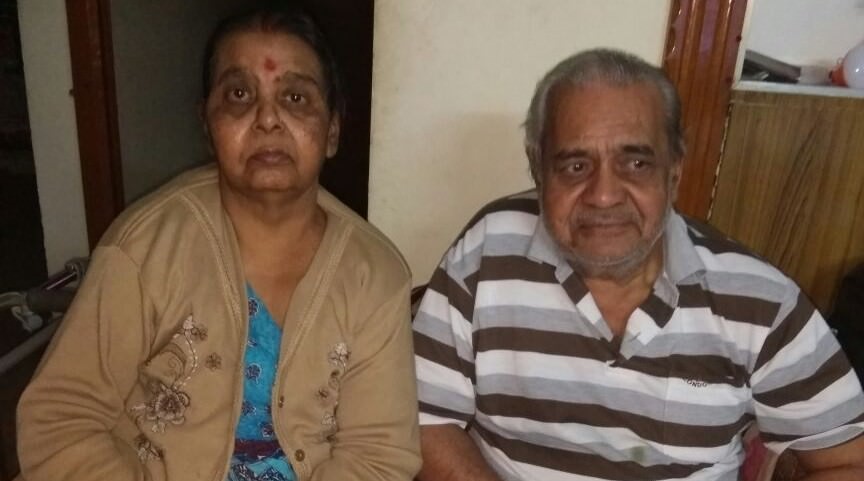 Educated Till Grade 5, Married Off Before She Turned 18 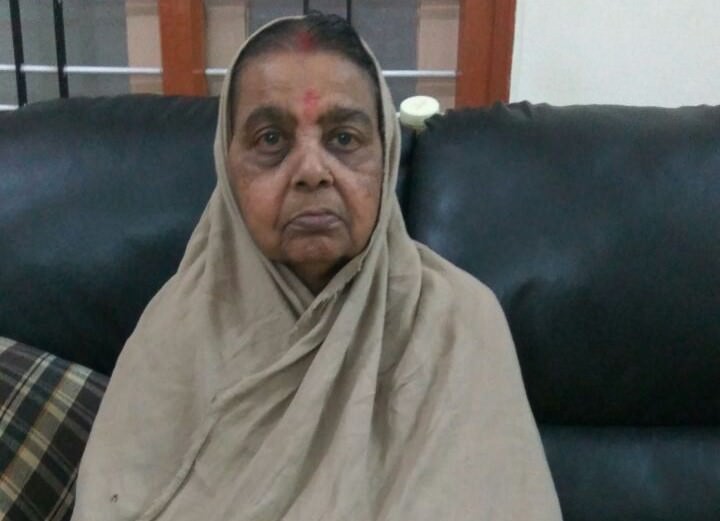 Niruben's life can be narrated in few lines. She didn't have much dream or aspirations. Before she could dream of education, her studies were stopped. Before she knew what it takes to be a wife, she was married. But her family meant everything to her. Her three children became the center of her world. She lived for them and her husband. But for the past 26 years,she has been suffering from various illnesses. In fact, it was as if fate was cruel beyond reason. 3 years ago, her husband developed severe stomach  problems and was hospitalized. Doctors found out his kidney had failed. He went on dialysis for several years. Before the doctors could help, he was paralysed. It was at the same time that the family found out about Niruben's heart problems.

But they had no money to pay for her surgery. Her husband underwent a surgery after the family spent their savings. Before the family could come back to normalcy and arranged some funds, they got another shock. Niruben's 33 year-old daughter-in-law  developed hernia and asthma complications. The struggle continued. As the days passed by, Niruben's condition worsened and doctors asked her to undergo a valve replacement surgery immediately.  She is undergoing treatment at Apollo Hospital, Bengaluru.

The family is now  in a desperate situation without having money to save the mother and the daughter-in-law.

Niruben's doctor, Dr.Anand Subramaniam, says she needs to undergo the surgery as soon as possible. If it delays more, it could make her condition worse and due to her age, it will be difficult to bring her to a stage where she is fit to undergo the surgey on time. Dr.Anand has created this fundraising campaign after having seen what the family went through in the past three years. 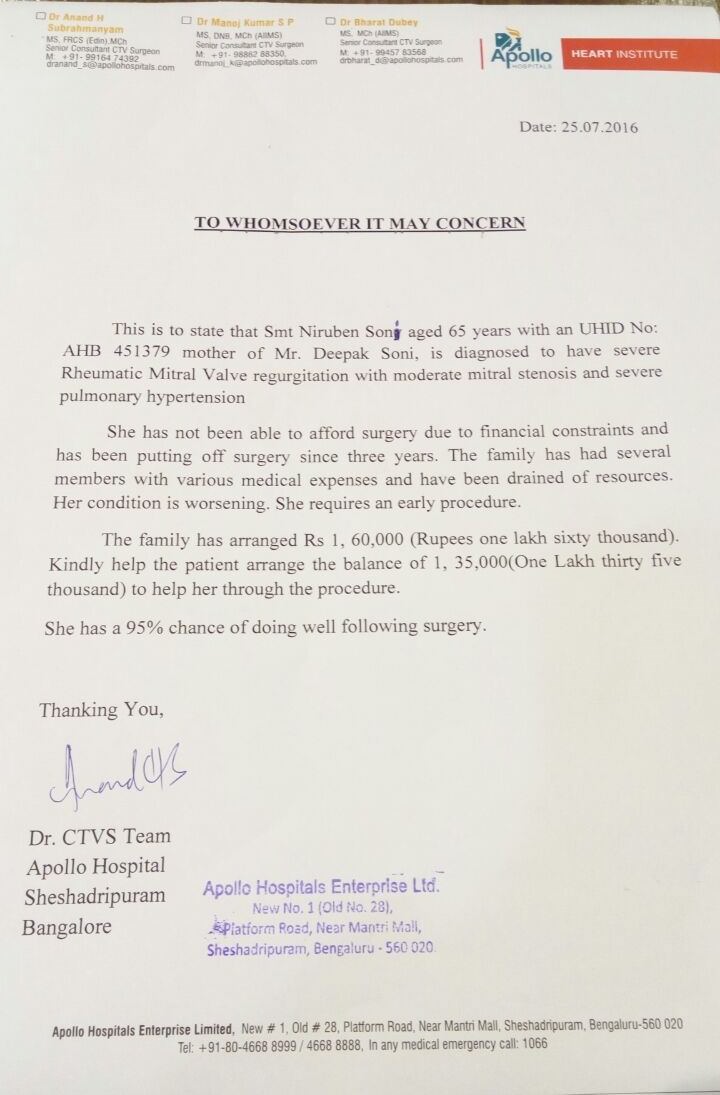 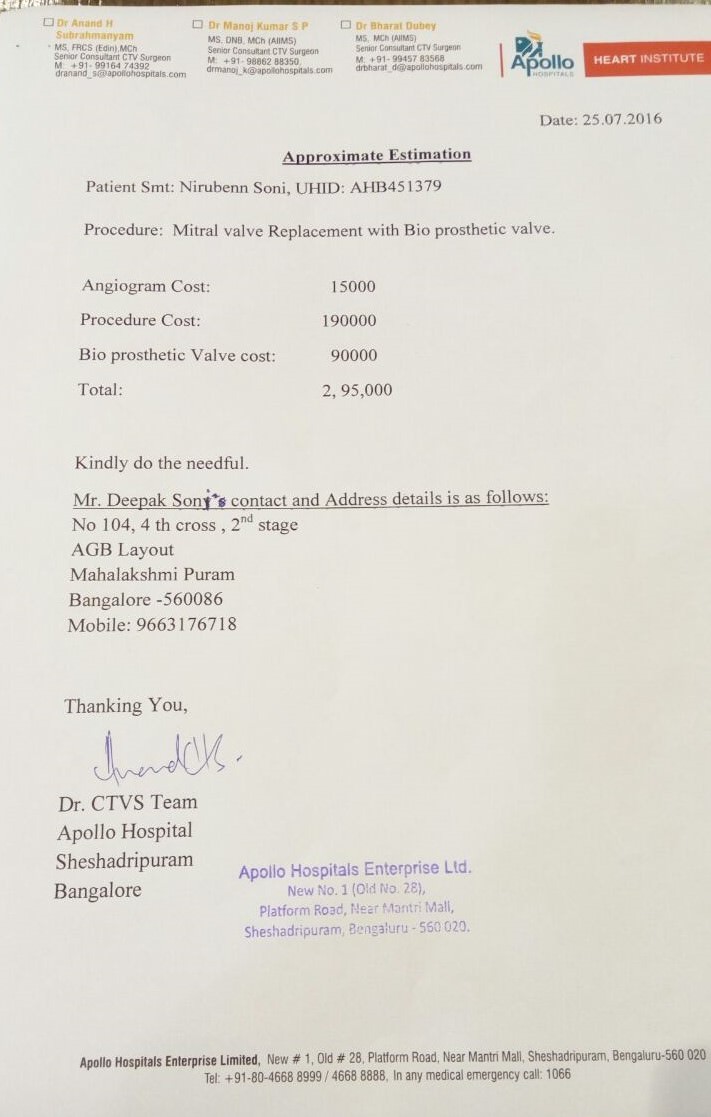