No electricity, little infrastructure: This village in Orissa has spent years in darkness | Milaap

No electricity, little infrastructure: This village in Orissa has spent years in darkness

By Neha Dwivedi
31 May, 2016
Shares
Share on Whatsapp
Electricity, an important part of modern life, is a blessing to the human kind. It has revolutionized the way our society works. From transportation to communication, electricity plays a pivotal role in every sector. At a time when electricity runs our lives, have you ever wondered what was is to live without it for over six years.

Welcome to Rugdi Khal, a small village in Orissa, which was established around six to seven years back, and has been deprived of electricity since then. The basti, as it is usually described by many, has over 80-85 houses, the number varying as there are no proper documents specifying the exact digit.

According to Bharati Dash's husband, a recipient of Milaap loan for purchasing solar light and an improved cook stove, the village was set up by a politician named Lalit Nayak. It is, therefore, also known as Lalit Nagar. 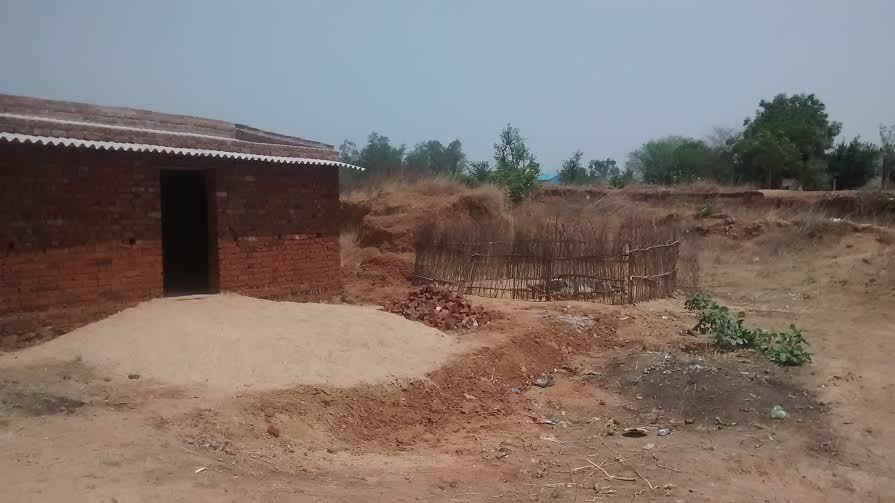 While many in the village still live without electricity, there are a few families who have decided to explore the alternate and perhaps the most feasible option, solar energy. They were able to do so with the help of Mahashakti foundation, a social development organization and a partner of Milaap.

Solar energy has provided real hope to the people of Rugdi khal. While their life might have not changed drastically, it has surely improved in certain aspects. Bijayalaxmi Behera is a testimony to the statement. Bijayalaxmi’s evenings were mostly spent in darkness, fighting the smoke coming out of the kerosene lamp.

Bijayalaxmi says, “Earlier, my children would read under the kerosene lamp. But now, due to the light, they can study in clear light.” She took the device over one and a half years ago and has experienced several positive changes. “My husband returns home from work at 5 PM. Finishing my household chores was a headache. With the coming of Solar cook stove and light, I don’t have to face that problem anymore,” says Bijayalaxmi.

The versatile usage of electricity is known to everyone. A tool for enjoying the conveniences of modern life; it has however become a luxury for the people of Rugdi Khal. But there are people like Bijayalxmi, Binodini Rout and Bharati Dash, who have decided to take matters into their own hands.

Binodini Rout, another resident of the village who had taken solar stove and light on loan, talks about the government’s unfulfilled promises. “The government keeps saying that they will install electricity but nothing has happened until now,” says Binodini. Before she bought the solar equipment, she had to depend on kerosene and torch light. “My husband would take the torch light everyday to his shop in the town to charge the battery,” says Binodini as she revisits her days in darkness. 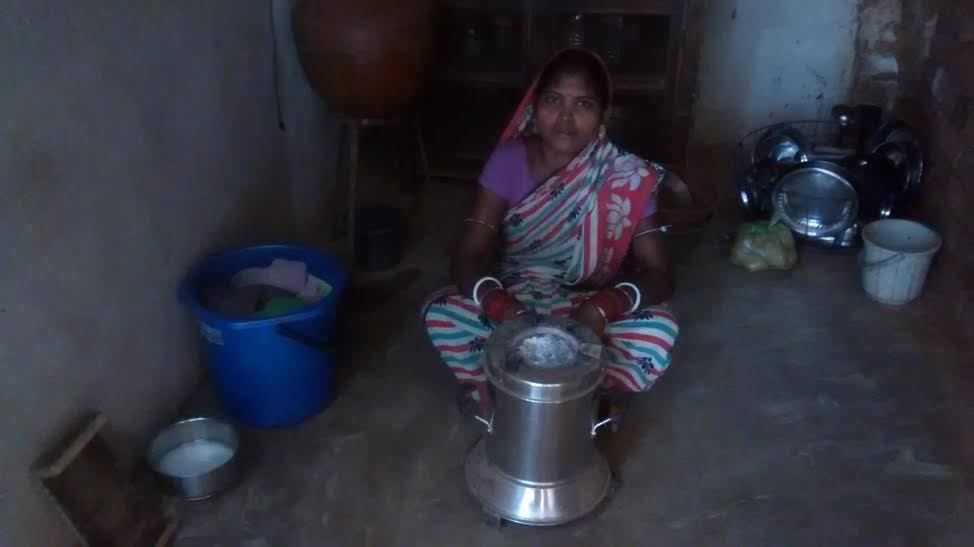 Kerosene lamps are widely used for lighting in many parts of rural and urban India where electricity isn’t available. The lamps aren’t just inefficient and expensive but also have extensive health and environmental side effects. As per World Bank,
breathing the fume coming out of the kerosene is equal to smoking two packets of cigarettes a day.

According to Bharati Dash, solar energy brought light to her darkens. ‘Working by the kerosene lamp was difficult. I was particularly scared for my kids,’ says Bharti. The solar light on the other hand isn’t just efficient but also poses no danger to her kid, who sometimes even plays with it. 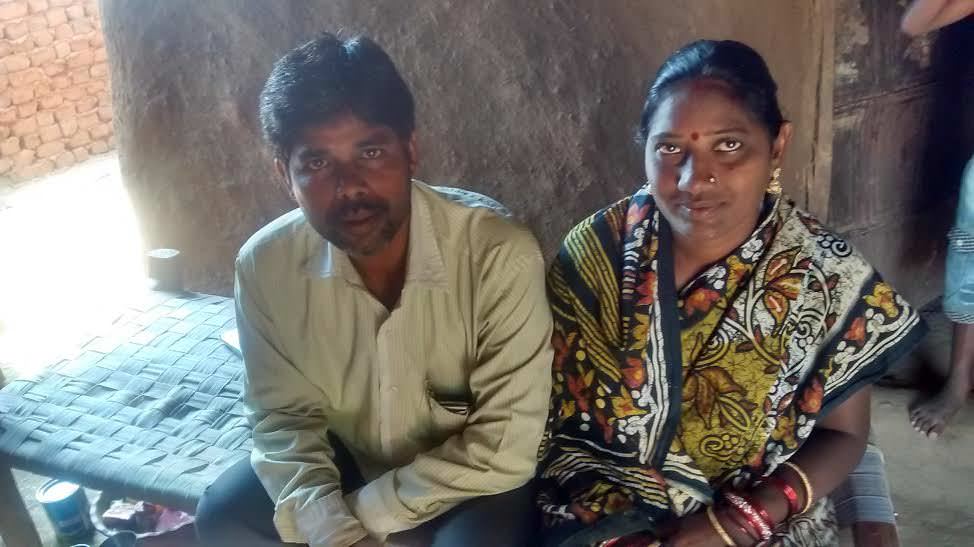 Taking a leaf out of Bharati’s book, Basanti Barik too has decided to give solar energy a chance. Over a month back, Mahashakti Foundation volunteered to offer her solar light on a trial basis. When I met her, she seemed very happy with the light.
“My husband no longer has to take my phone to the town to charge it. I can now do it at home,” says Basanti. Basanti’s enthusiasm is seen her gestures as she talks about how the solar light benefitted her. “My children no longer have to live in darkness,” says a happy mother, while she pacifies her few months old baby who just woke up from sleep. 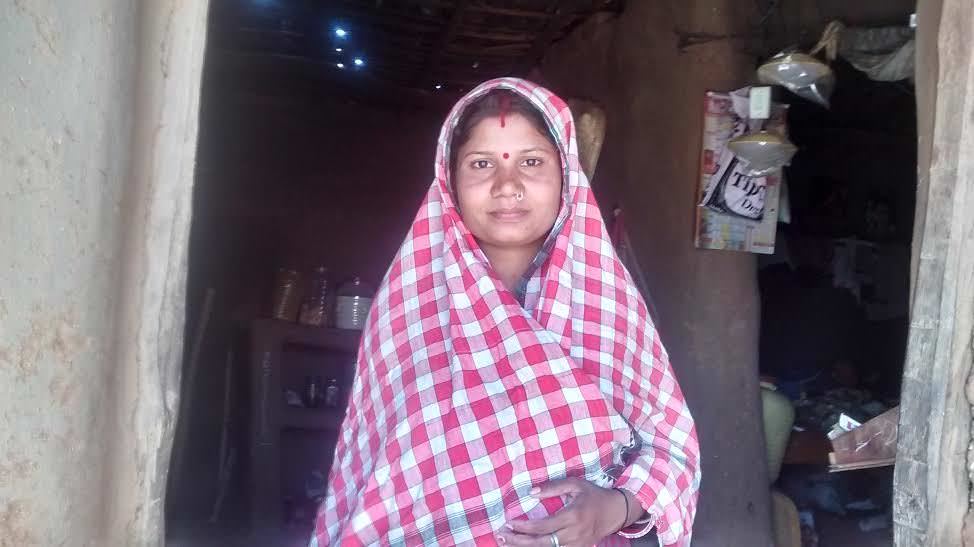 The first step towards change is awareness. Basanti is already doing her part. She has been encouraging her neighbours to opt for solar energy. She has also been spreading awareness about the benefits of the light. It isn’t just Basanti, Bharati and Vijayalaxmi are also playing their roles by informing people about the advantages of solar energy.

Several initiatives are being made to find solutions for low-cost sustainable energy. Solar energy happens be one of the solutions. After being imprisoned in darkness for so long, Rugdi khal now have a hope in the form of solar energy. While change has arrived, acceptance is something the people of the basti will have to learn.

“Awareness is like the sun. When it shines on things, they are transformed.”