Two lawyer sisters and their Lawtoons: a comic series on laws | Milaap

You are sending a message to
Kanan Dhru
Go back

Two lawyer sisters and their Lawtoons: a comic series on laws for children

Shares
Shares
Share on whatsapp
When lawyers Kanan Dhru and her sister Kelly Dhru started their mission to improve India’s legal system, they were hit by the harsh reality that the everyday citizen was disconnected with the system, not fully understanding or relating to laws that were being passed. But the dynamic duo discovered a way to make these laws easy and fun to understand through their project - Lawtoons. These Lawtoons explain the law through creative cartoon stories. 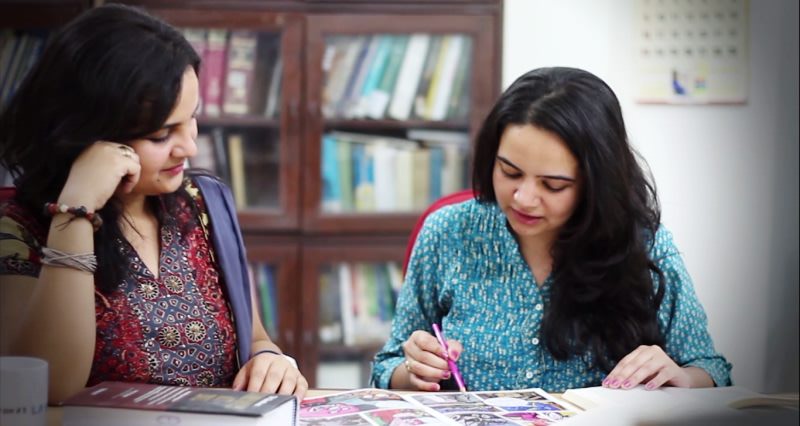 The accomplished sisters began working on legal reforms in India five years ago, and founded the Research Foundation for Governance in India (RFGI). Kanan, a lawyer who has worked with the National Knowledge Commission in the Prime Minister’s Advisory Body came up with the idea of creating an easy-to-understand comic series for children about the laws in our country. Kanan’s sister, Kelly, who has been involved in research projects with organisations such as the World Bank, found the project worth executing. Together they formed a team to turn this idea into a reality.
Civics lessons in schools are generally exercises in rote learning, with little or no emphasis on understanding the citizen's role in the society. As a part of a study, the Dhru sisters decided to use cartoons to teach a lesson on fundamental rights to students of class 4. They reasoned that the best way of connecting children with their rights would be by presenting it to them in a form that appealed to them. Cartoons hold a universal appeal and are a child friendly medium. Lawtoons in its first form was developed as a series of comics on laws and rights. 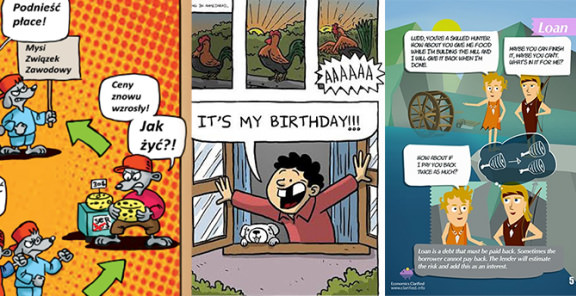 Lawtoons illustrates the laws and individual rights through inspiring cartoons, making it easier to understand. Through consultation with child psychologists, the content and design for Lawtoons was created bearing their target audience in mind. However, being an amalgamation of entertainment and education, Lawtoons has the potential to communicate with all age groups. The lack of legal awareness is often an impediment to empowerment of individuals. By addressing the need to create awareness about our laws, Lawtoons is now an excellent teaching-learning tool that educational institutions can adopt.
The team of Lawtoons, which consist of experts from the field of design and teaching, have made the comics more appealing with their valuable inputs. The focus of the series is on featuring legal elements like fundamental and human rights, rights of children, civic duties, and more.
A first prototype of Lawtoons was developed and displayed to students from different socio-economic backgrounds in January 2014.  The response received from these students amazed the founders and academics alike, when they took a poll to measure students’ preference: most students preferred Lawtoons over their prescribed textbooks, with 70 per cent able to grasp the concept of the laws behind the comics. The first volume of Lawtoons covering the concepts of two fundamental rights–Right to Equality and Right to Freedom of Speech and Expression–was released in November 2014. It is through the book’s protagonist, Pugloo, that various concepts about laws and rights unfold. Pugloo has already garnered praise from his young readers. 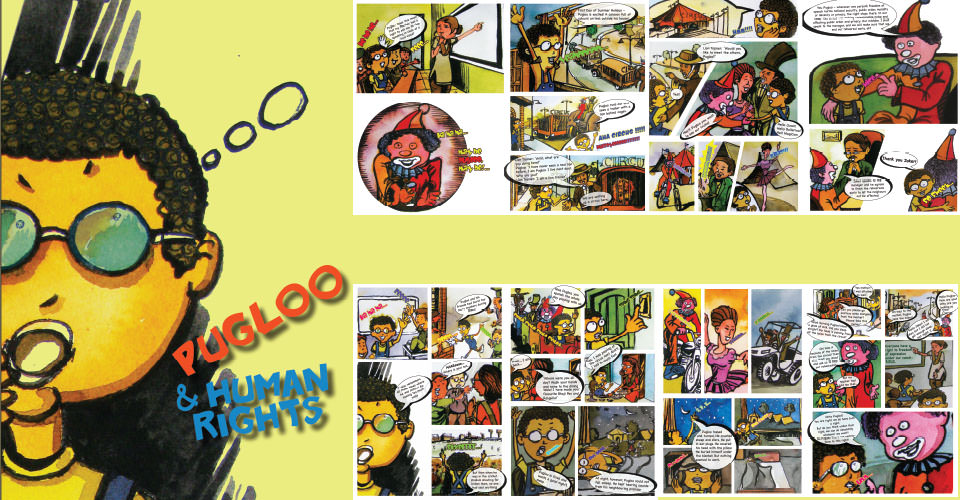 The excitement around the first prototype has inspired the team to create a Lawtoons series. The founder sisters are now crowdfunding to finish the compendium. With the funds raised, Lawtoons will be available to children across the country through online and offline partners. The funds will also be used to create an interactive website and mobile application, which will put this legal innovation to further use.
For children and young adults intimidated by the theoretically heavy subject of law and legal jargon, Lawtoons comes as an easy first step towards legal awareness. To know more about Kanan and Kelly’s fundraiser campaign, click here.
First published in YourStory