This Father Has Given Up Everything To Save His Twins, But Now He Can’t Save Either Of Them | Milaap
loans added to your basket
Total : 0
Pay Now

This Father Has Given Up Everything To Save His Twins, But Now He Can’t Save Either Of Them 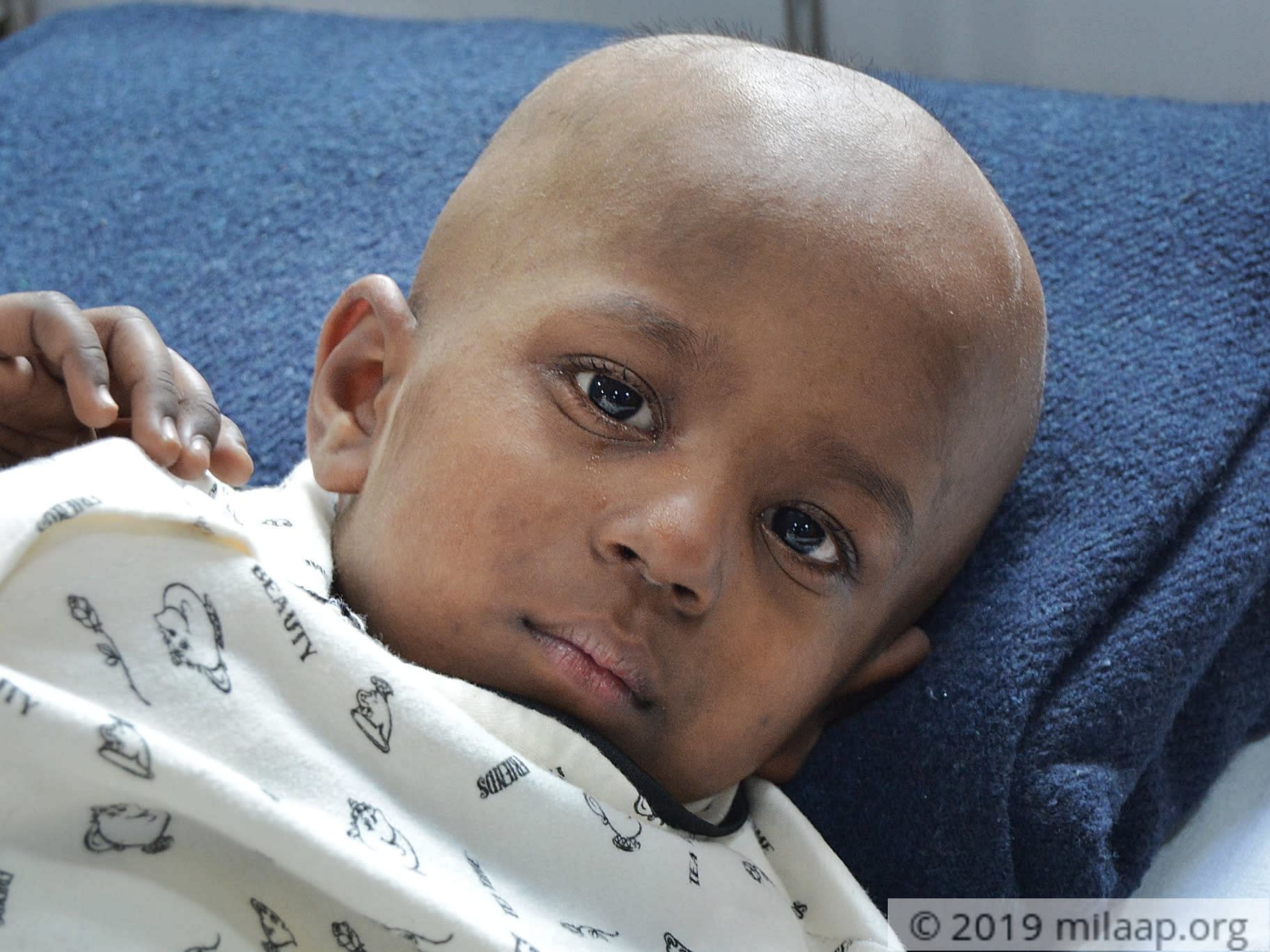 Share on facebook
Azhar and Farhana have two beautiful girls - Zoya and Zara. The twins were just 8-months-old when they were diagnosed with Thalassemia Major, a disease caused due to less oxygen-carrying Haemoglobin and fewer red blood cells in the body than normal. Ever since then, their life has never been the same. Azhar had no choice but to leave his job to take care of the girls, and Farhana, she has never stopped worrying about them.

“Yes, I had to leave my full-time job. It’s not possible for me to go to work, my daughters need me. I started working part-time, but it’s barely enough for food and their medicines. Despite everything, I never gave up. But now...what will I do? - Azhar, father

Azhar was told that Zoya and Zara needed a bone marrow transplant to survive, because the blood transfusions they were getting weren’t enough. Zoya was lucky and got a matched donor, and Azhar did everything he could to afford it. He was able to get her the bone marrow transplant but her fight continues - she needs intensive post-operative care and treatment to fully recover. Zara, unfortunately, still doesn’t have a matched donor.

"I can’t even afford the 3 lakhs more I need to save Zoya, to complete her treatment. Even if Zara does get a matching donor, how will I save her? I fear I will lose them both... all because I can’t afford to save them.”

Zoya is now 4. She doesn’t even realise that medicines, injections and staying in the hospital for days are not normal - because it’s the only life she has known. But Zoya can get better, she can fight this disease and have a normal childhood. If only Azhar gets help.

"If I had known earlier that something like a bone marrow transplant could be done, I would have tried to save money all these years, while they were getting blood transfusions. But now I think that even 4 years of saving wouldn't have been enough to afford their treatment. Zoya can make it, but I need help to save her."

Your kind help can save Zoya, and Azhar can then think of saving Zara as well. Without your help these parents will lose all hope. 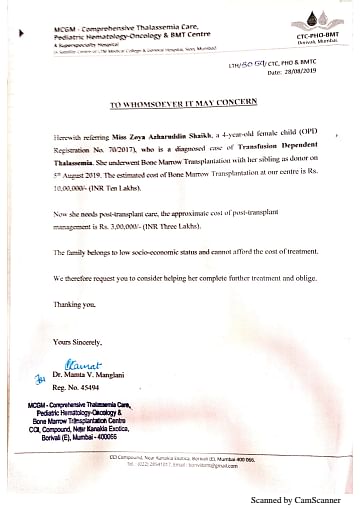 Click here to know more about Zoya Azharuddin Shaikh
Donate now
OR
Click here to read the instructions before you make a bank transfer.

A
Anonymous Rs.2,500
6 others have contributed
Click here to know more about Zoya Azharuddin Shaikh

Donated to this campaign via Bank transfer/QR Code? Click here if you can’t find your donation listed below.
FT
Fathima donated Rs.5,000