All His Internal Organs Are Failing, This Baby Needs Your Help | Milaap

All His Internal Organs Are Failing, This Baby Needs Your Help 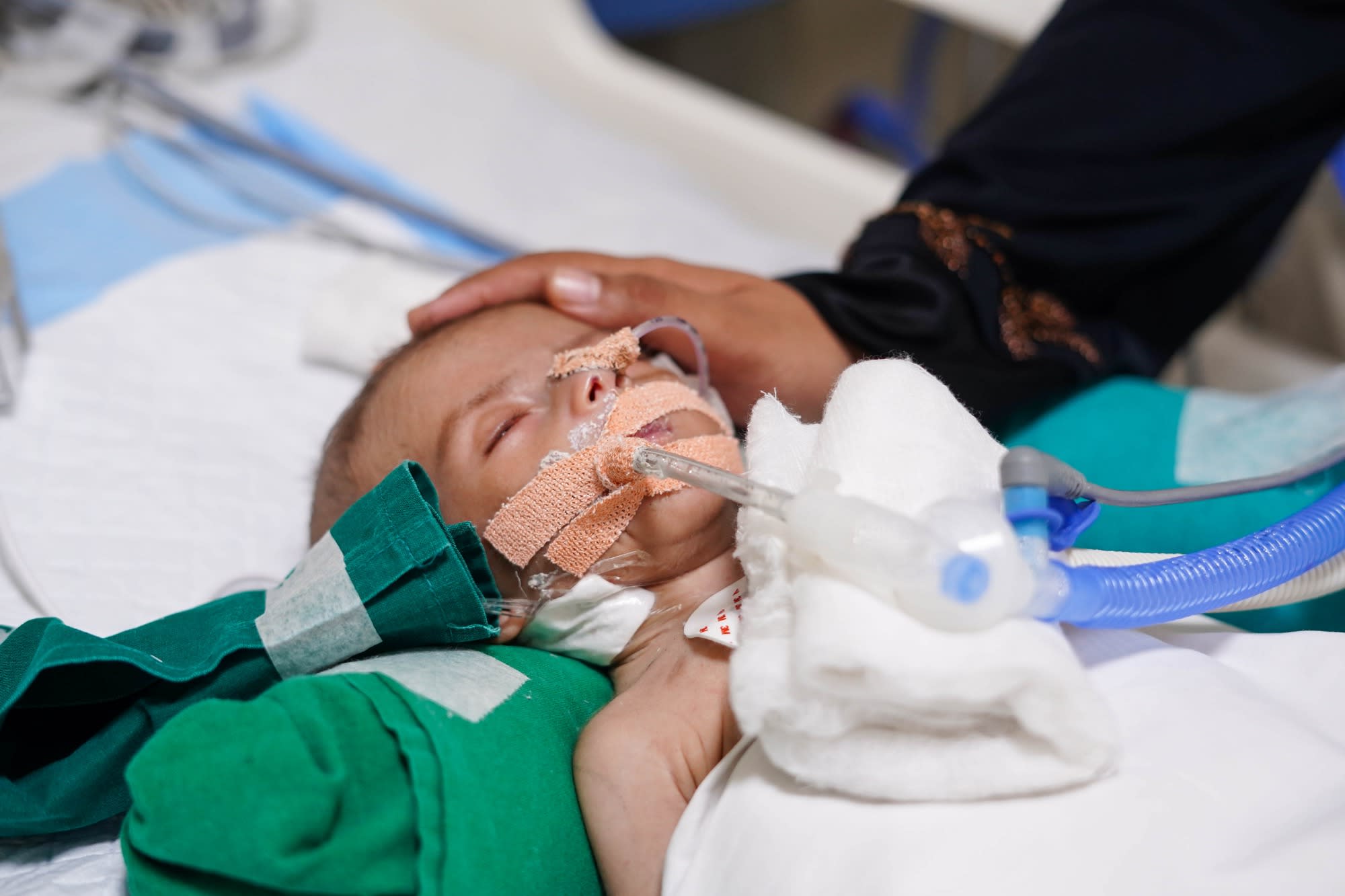 “It’s been over a month since that day and I still can’t believe it. All we brought him to the hospital was for a fever and diarrhoea. That itself was scary but those were still normal things that any baby could have! We thought they’d give him some injection and that he’d be okay, back to being the smiling baby we’d fallen in love with.
Instead, we were told that every organ inside his body is failing because of some rare condition. We found out that our 2-month-old son was dying.” — Vakar, father

The happy couple with their bundle of joy
The first 3 months of Yusuf’s life was pretty normal. Vakar and Huma were excited the whole time she was pregnant, even amid the pandemic, and positively ecstatic when he was finally born. They had taken him home and showered him with all the love and affection they could give him.

“And then the diarrhoea started, followed soon by the fever. We took him to a local clinic at first, but the medicines didn’t work so we took him to a bigger hospital, far away from where we live. They did all kinds of scans and told us that somehow all the major organs in his body were failing, his intestines especially. He would need multiple surgeries, but one right away.”

As soon as they found out how critical Yusuf’s condition was, Vakar and Huma borrowed money from friends and relatives and got him one of the urgent surgeries he needed — the one for his intestines. It broke the young parents’ hearts to see their baby being wheeled into the operation theatre, but they knew they had no choice.

“We prayed morning and night, as much as we could, that that one surgery would be all he needed. That somehow all the rest of his problems would go away. Mainly because we didn’t want him to suffer anymore, but also because we knew we wouldn’t be able to afford any other treatment he’d need! But, he's been on life-support ever since.” — Huma, mother

Sleeping on the floor of the hospital, trying to save for his treatment

“You’re now our only hope. They’re saying at the minimum, Yusuf needs to stay in the hospital for a few more weeks, and that he’ll also need a second surgery, for his heart. We’ve already incurred a bill of 11 lakh rupees, of which I was only able to pay 4! Just the hospital stay will cost at least another 15 lakhs, and then the surgery on top of that! I cannot afford this. I used to be a salesman in a small shop, but lost my job during the pandemic. I’ve been trying to find work ever since, with no luck. My wife and I sleep on the floor of the hospital, because we can’t afford to rent a room nearby, that’s how bad our situation is.”