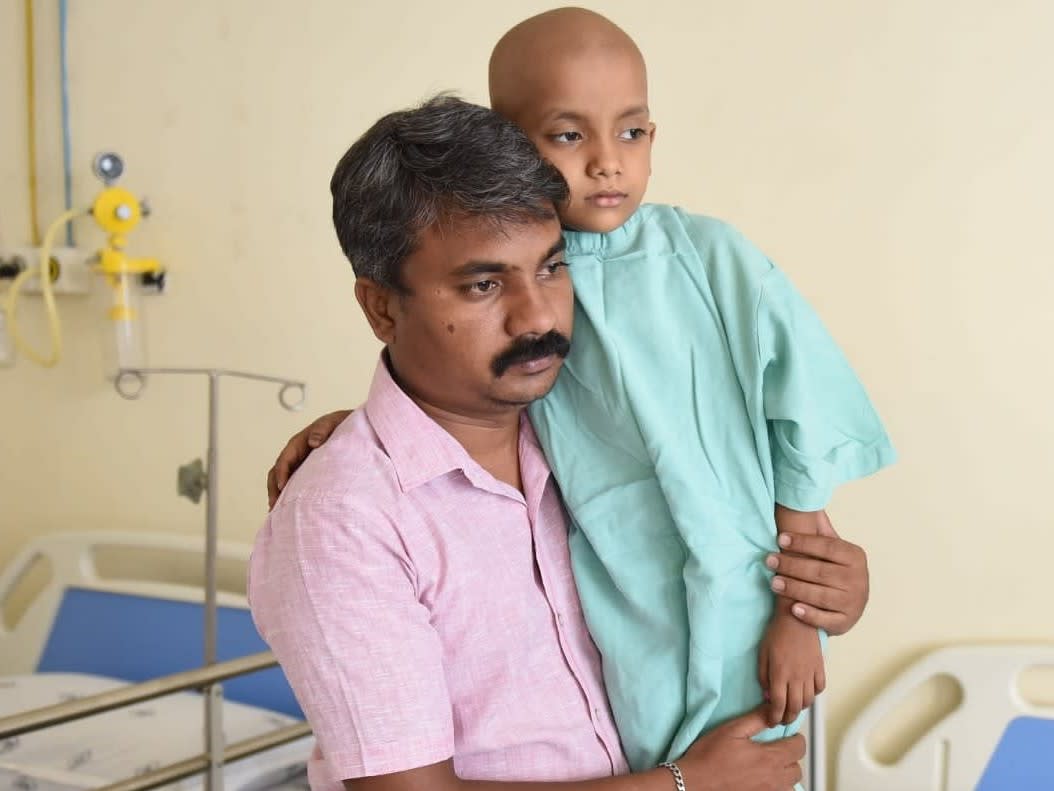 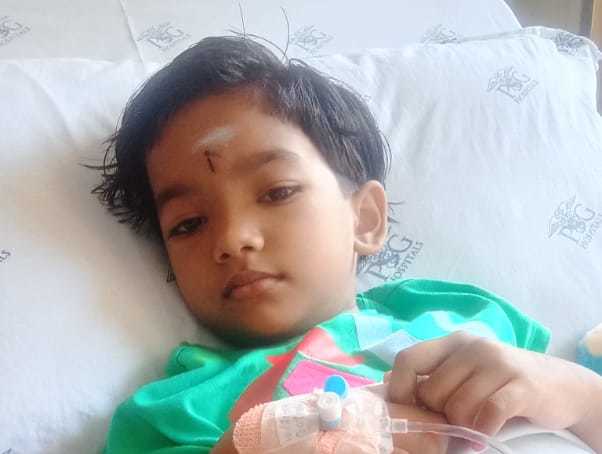 Share
“My poor daughter, she’s just 7 years old and there was a tumor growing inside her nearly as big as a fist! I thought getting her a surgery would save her life, that the pain I was putting her through would be worth it.
But her life is still in danger! Did I make them cut into my daughter’s body for nothing? I don’t know... I just don’t know. It feels like we’re so close to going home but...”
— Perumal, father, unable to continue 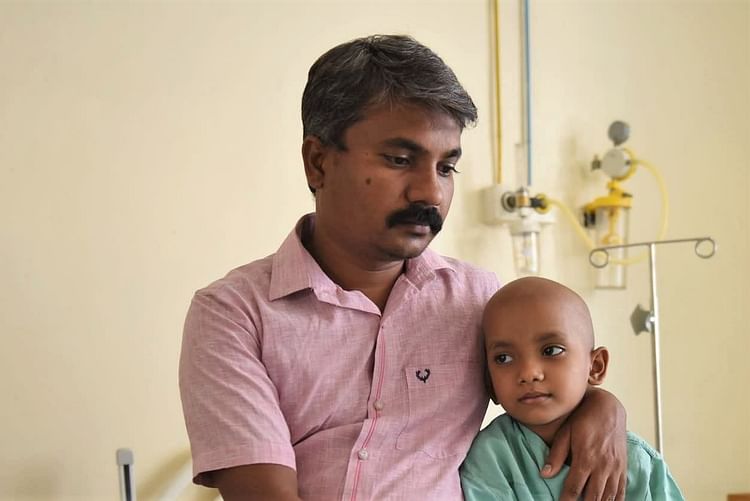 Perumal’s grief and disappointment are understandable; he’s a father who tried his best to save his little girl from danger, to save her life, but couldn’t. But it’s not his fault. His efforts really would’ve been enough, if little Yazhini’s cancerous tumour had been a normal one.

“We first noticed something was wrong in February. Satya, my wife, was giving Yazhini a bath when she noticed her stomach seemed to be a little firmer than usual. I keep thanking god every day that she didn’t ignore it, and convinced me that something was wrong, and that we needed to take her to a hospital.” 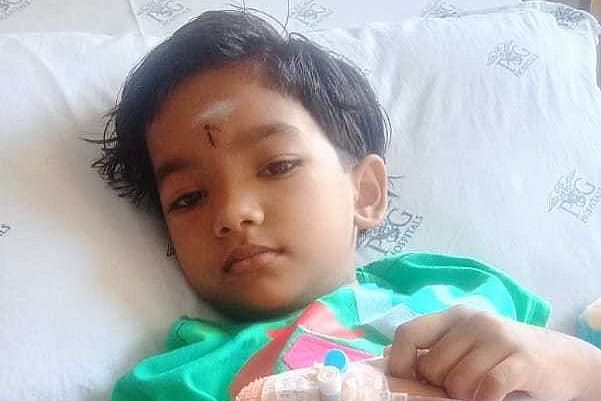 Yazhini, before a few rounds of chemotherapy caused her hair-loss

Initial tests at a local clinic gave them a result that they didn’t want to believe.

“It said there was a chance it could be cancer! But we told ourselves it couldn’t be, that the tests were wrong. Our daughter is just 7 years old! So we took her to a bigger hospital nearly 1 hour away and they ran even more tests. But they too said the same thing. Our daughter had something called a Wilms Tumour, and not only that... she had the most dangerous form of it.” — Satya, mother, eyes brimming with tears 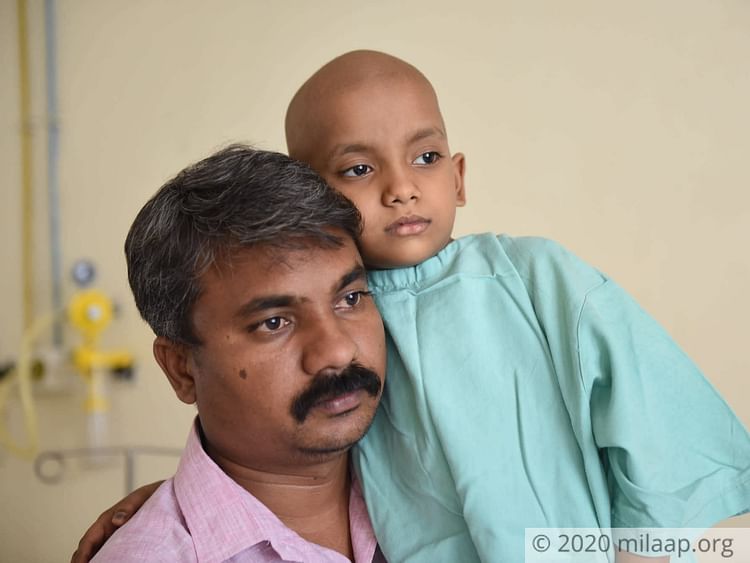 Wilms tumors are a type of childhood cancer that start in the kidneys. It is the most common type of kidney cancer in children, and generally has a great chance of recovery with relatively simple treatment. But in less than 10% of cases, a Wilms tumor can exist in its absolute worst form, and be extremely hard to treat. Not only does it require surgery to remove, radiation therapy and chemotherapy is also needed. Poor Perumal was able to afford the surgery and the radiation, but he’s struggling to afford the last phase of treatment that little Yazhini needs to come back home safe. 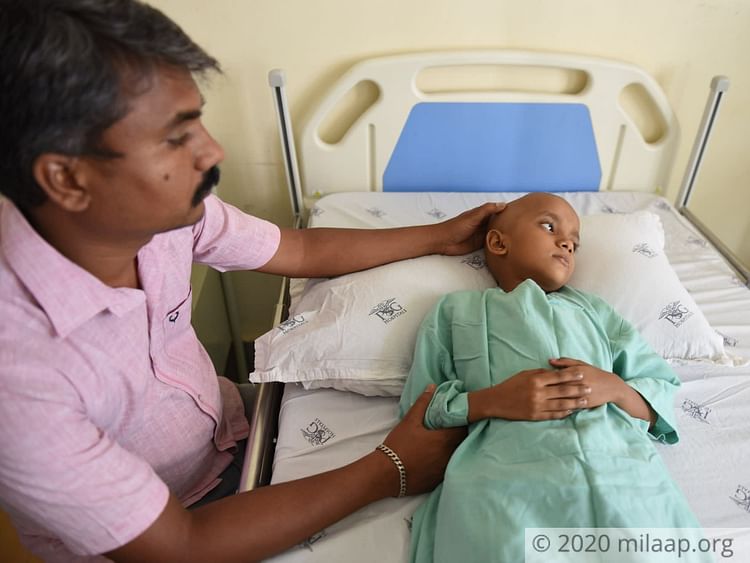 After getting so close, they're terrified she won't make it home after all

“Ever since our Yazhini was born, I’ve tried my best to give her a great life though I earn just daily wages. I wanted her to have the kind of childhood that I never had. Now I’m afraid she won’t have a childhood at all, that she won’t survive this! She seems so weak and small now, just lying here on the hospital bed! Satya can’t even be in the same room as Yazhini for long anymore without running out, crying. I had to take so many loans just to afford the surgery, radiation, and a few rounds of chemo. But I can’t afford this anymore. Please, help us...” — Perumal, stroking Yazhini’s head

All these parents want to do is take their daughter back home. For her to run around like she used to, sing like she used to. They need 3 lakhs for this to happen, and that is a small price to pay for giving this sweet girl her life again. You can help by clicking here.
Y
Patient Yazhini is 7 years old, living in Coimbatore, Tamil Nadu
PH
Being treated in Psg Hospital, Coimbatore, Tamil Nadu