Liver Disease Has Made Him So Weak That His Parents Fear Losing Him Even When He Cries | Milaap
loans added to your basket
Total : 0
Pay Now

RN
You are sending a message to
Rekha Nair
Go back 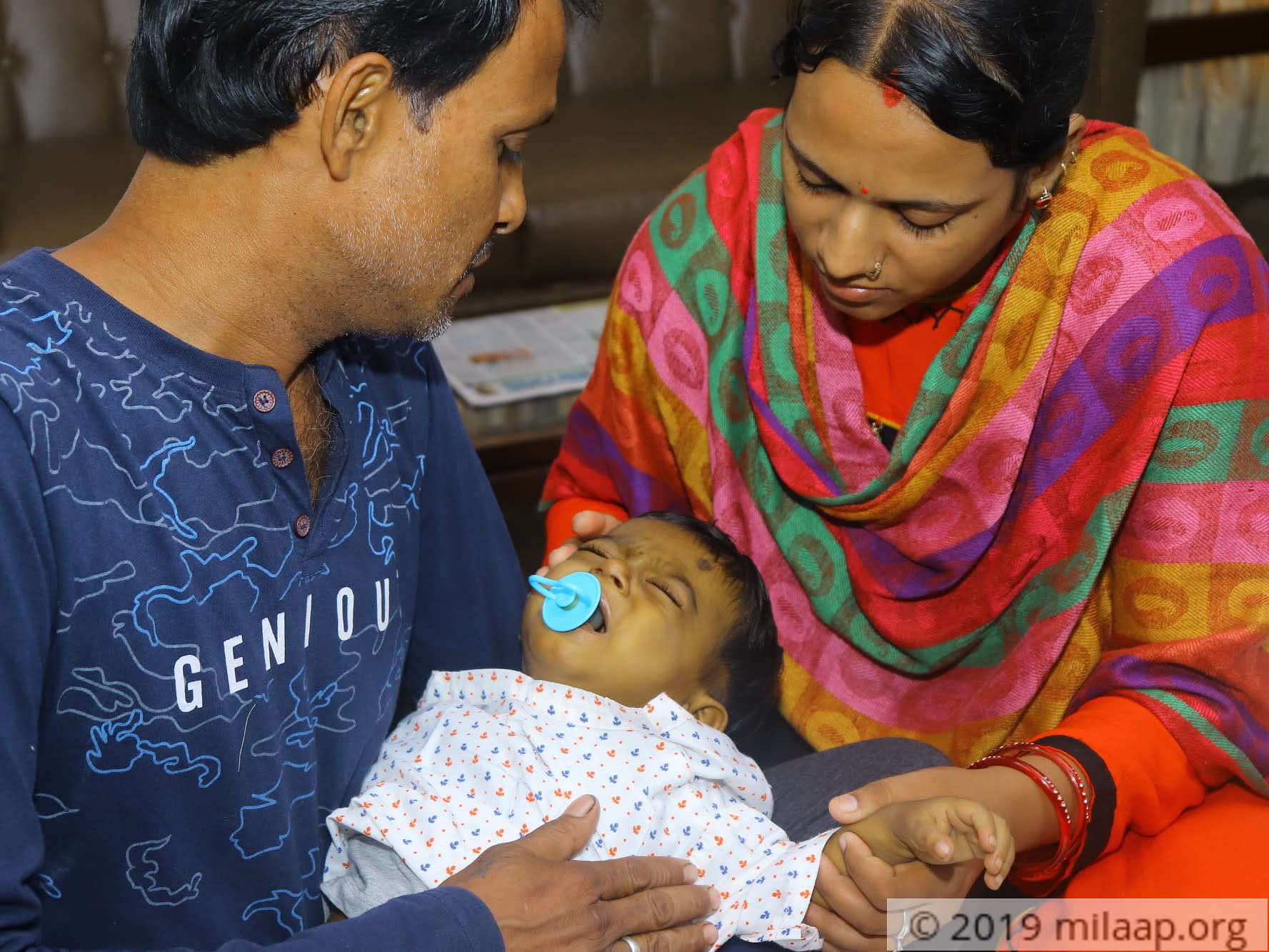 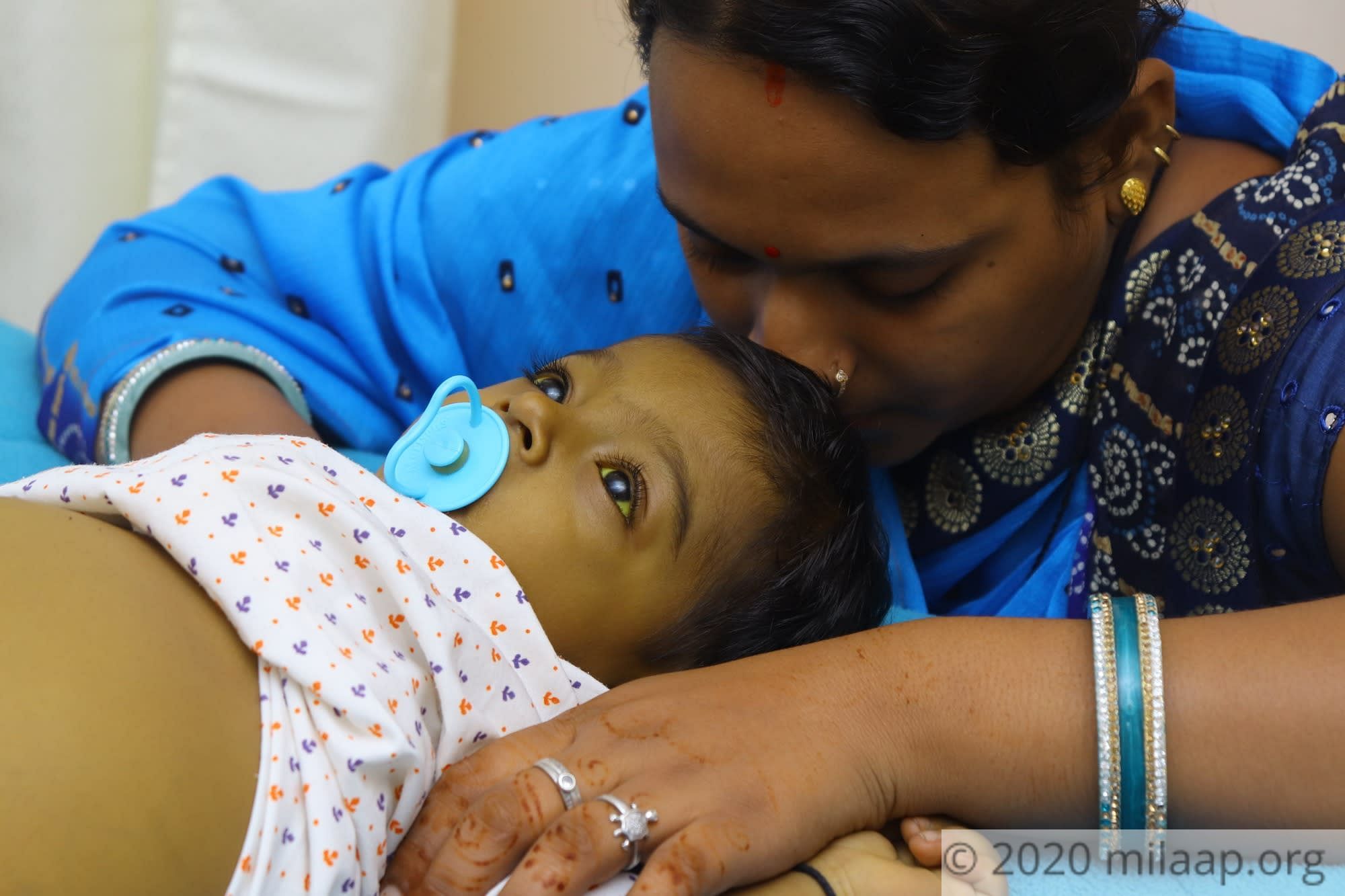 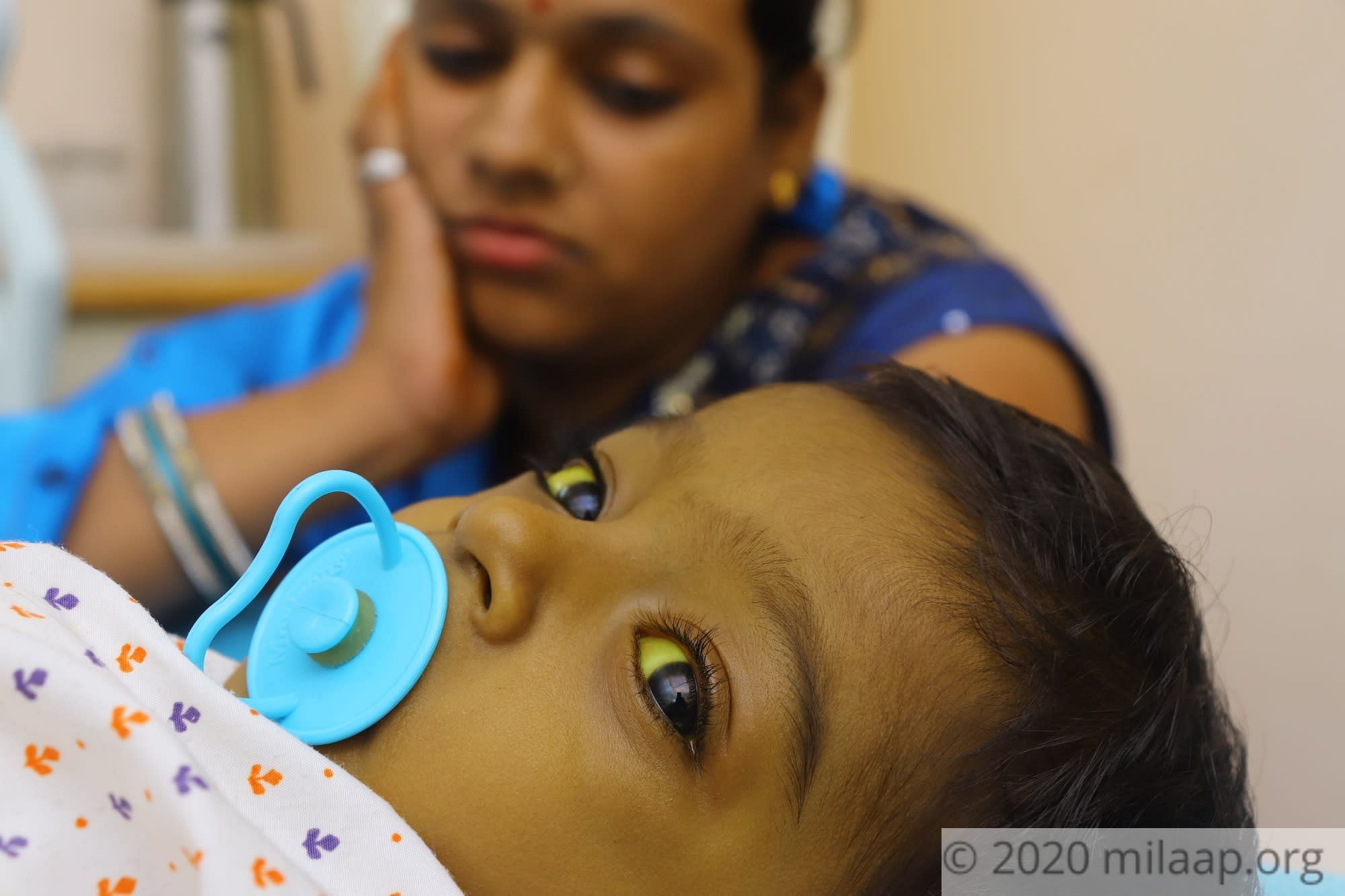 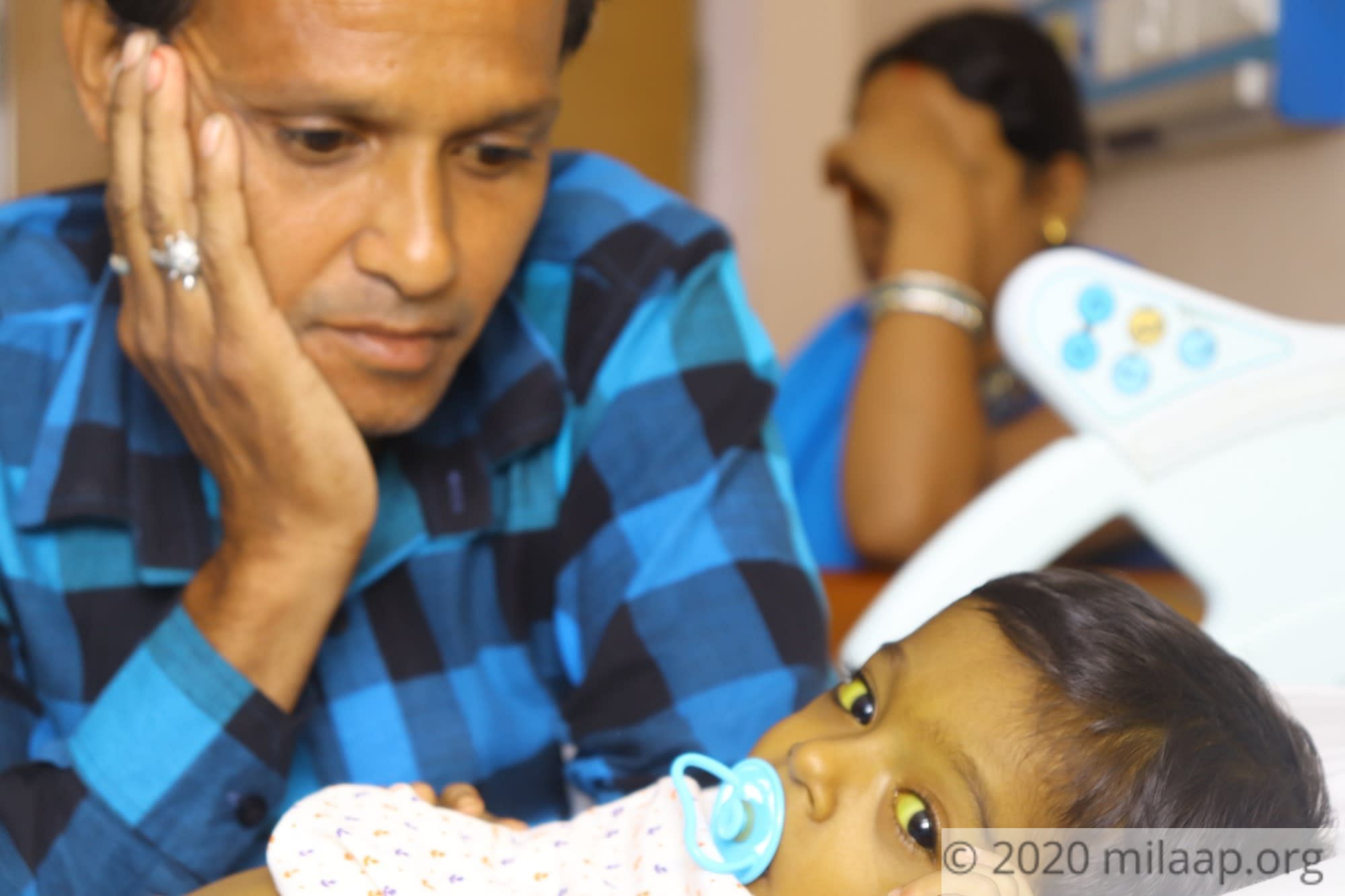 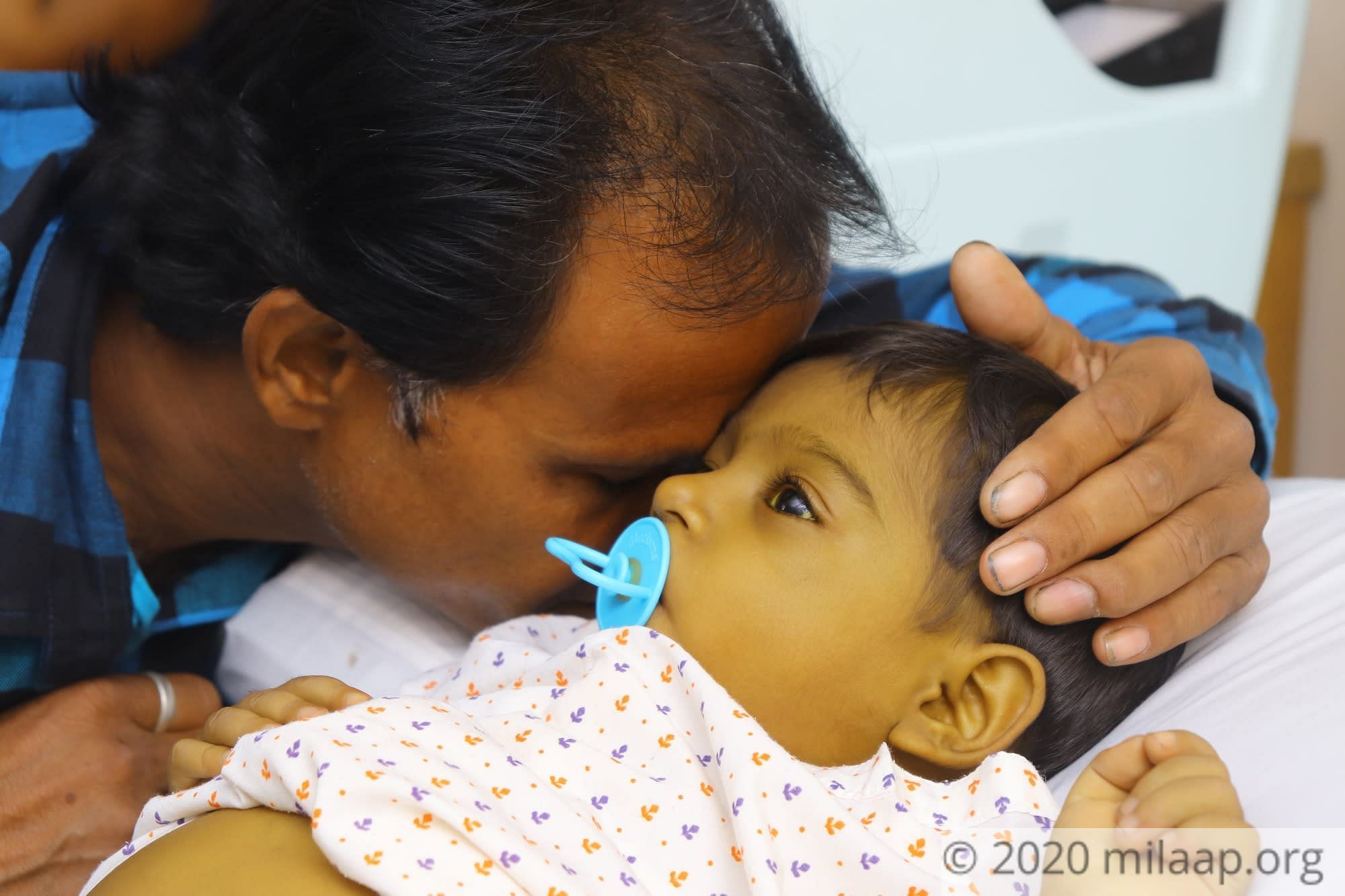 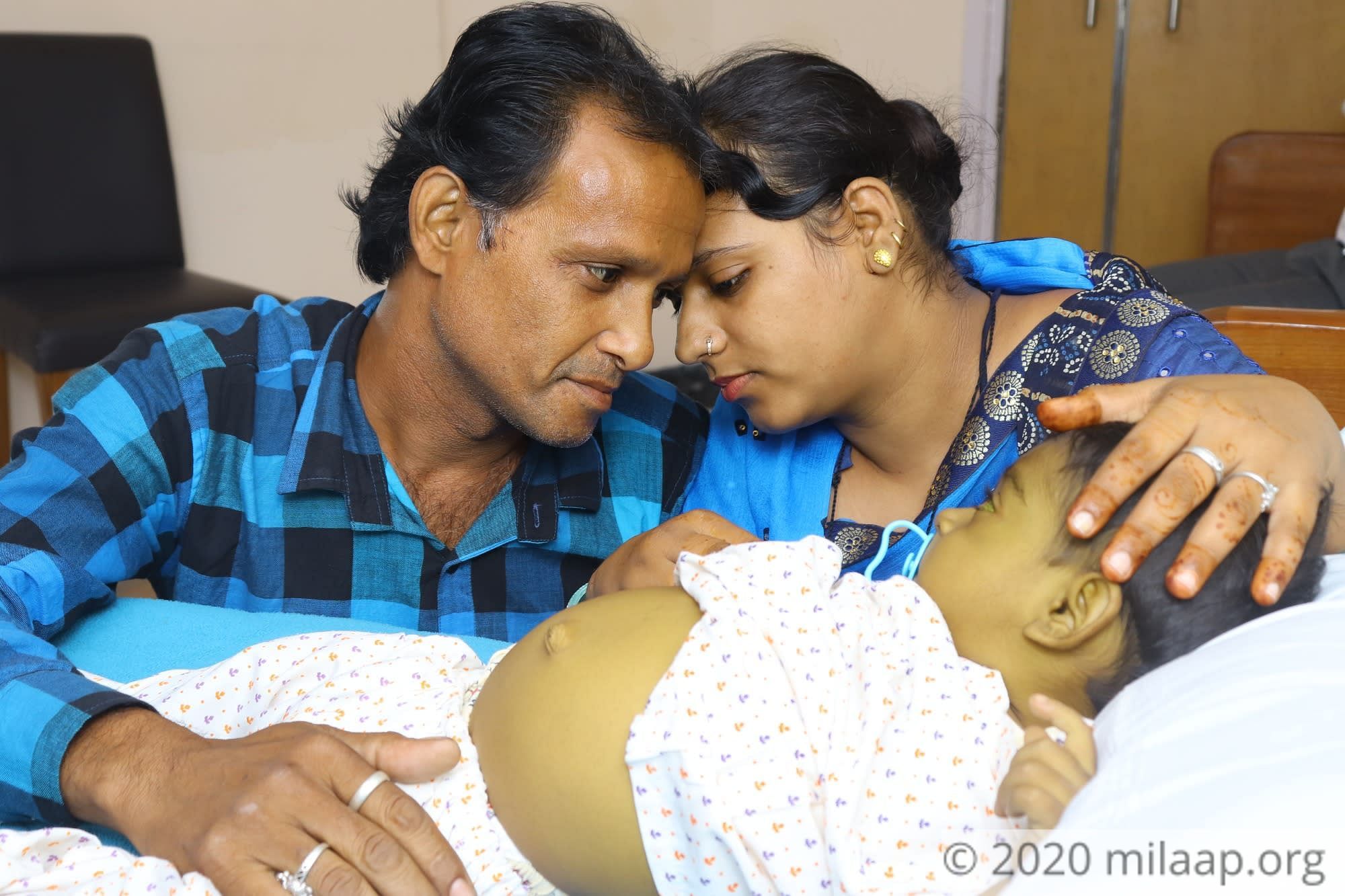 Share on facebook
Even the sobs that rack baby Yash’s body feel dangerous to his parents, he has become that bony in the last few months. His stomach is so swollen with liver disease, he can’t sit, stand, or even be held by his parents. Not knowing what is happening to him, or why he is in this much pain, baby Yash cries hard, fighting to breathe and stay alive.

“He was born with a swollen stomach and his body is always hot to touch. He has never been able to keep food in with the constant vomiting and diarrhea. So many times, he became very sick. But he has completed a year and is fighting to live. I don’t want to be the one to give up on him.” – Bhavna, Yash’s mother.

This toddler’s life has been nothing but sickness

Yash is his parents’ first child. His arrival was a joyous event for them. But only three days after his birth, he developed jaundice and had to be readmitted to the hospital. Since then, he has only ever been sick due to liver problems. It is only through his parents’ untiring efforts that he has survived this long. Unfortunately, his liver is now completely damaged and he will not live without a transplant.

“What hurts us most is his obvious, constant pain. Especially when it rains, he cries and develops angry red rashes. He was born in the rainy season, and it is our bad luck that it is raining so much this year. Every evening it rains, he starts crying. I don’t know how it hurts him, and I feel unable to do anything.” – Bhavna

Yash’s father Baleshwar is a rental tempo driver in a small town in Rajasthan. He earns a measly Rs 3,000 a month and needs to spend about Rs 7,000 on Yash’s medication alone. The only reason they have managed so far is because they have mortgaged Bhavna’s aged parents’ house.

“We just cannot afford to keep him in the hospital. So we go only when he becomes really sick. Somehow, I keep praying we can save him. Doctor says that I am a good match and I am ready to give him a part of my own liver. I just want to save him in time.” – Bhavna

In the last month, Yash’s condition has deteriorated rapidly

Despite being damaged, the liver can function for a long time. For Yash, that time has ended. His liver disease is making him very sick. Yash needs a transplant immediately before his small body gives up. His parents are struggling to find a way to save him.

Little Yash has bravely fought to live till now, but needs your help to survive. Please help this desperate family find a way. 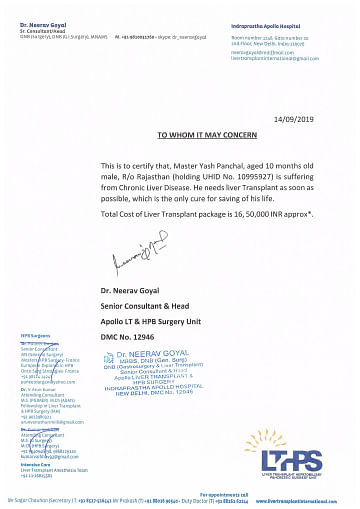 Click here to know more about Yash Panchal
Donate now
OR
Click here to read the instructions before you make a bank transfer.