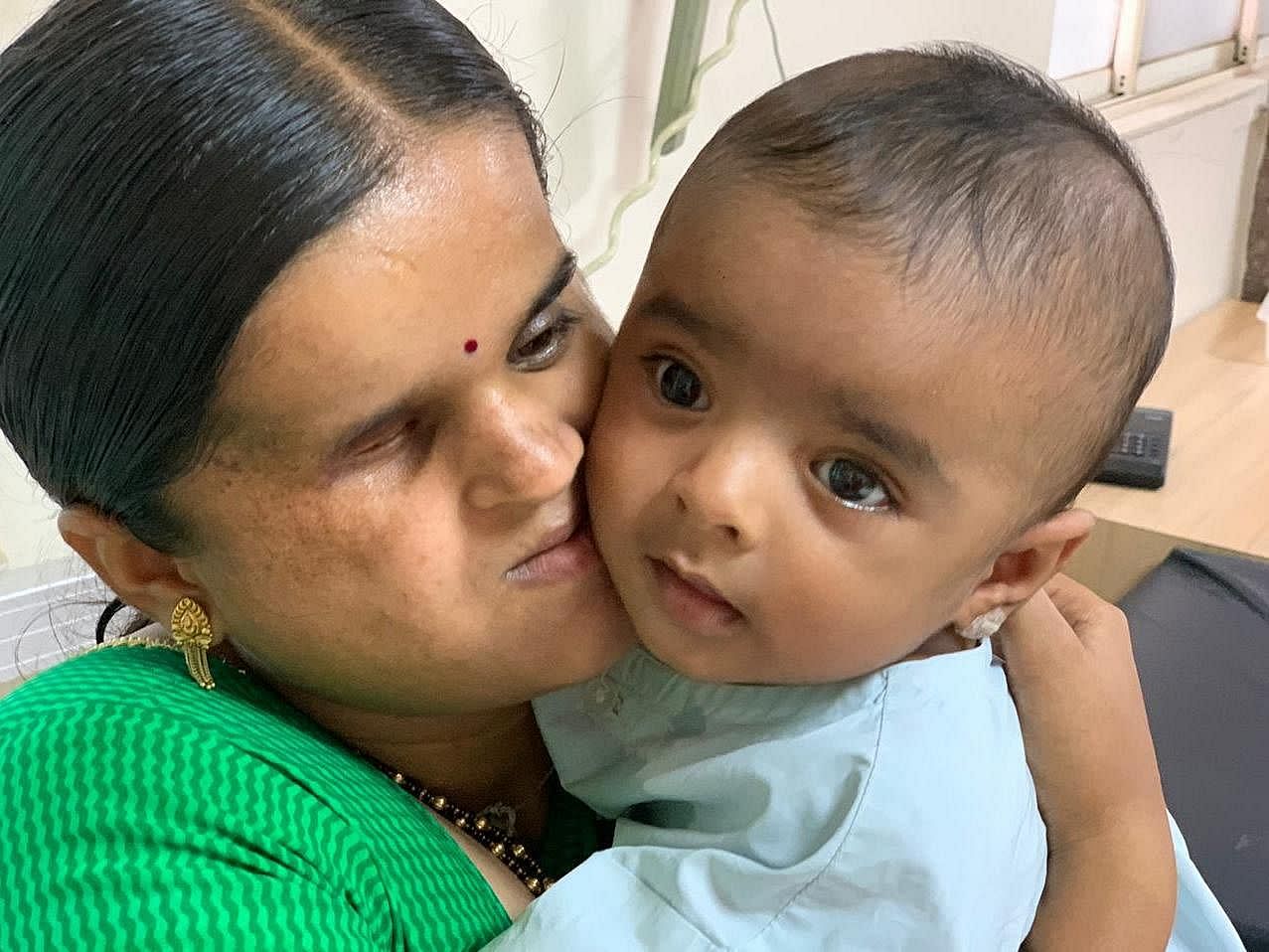 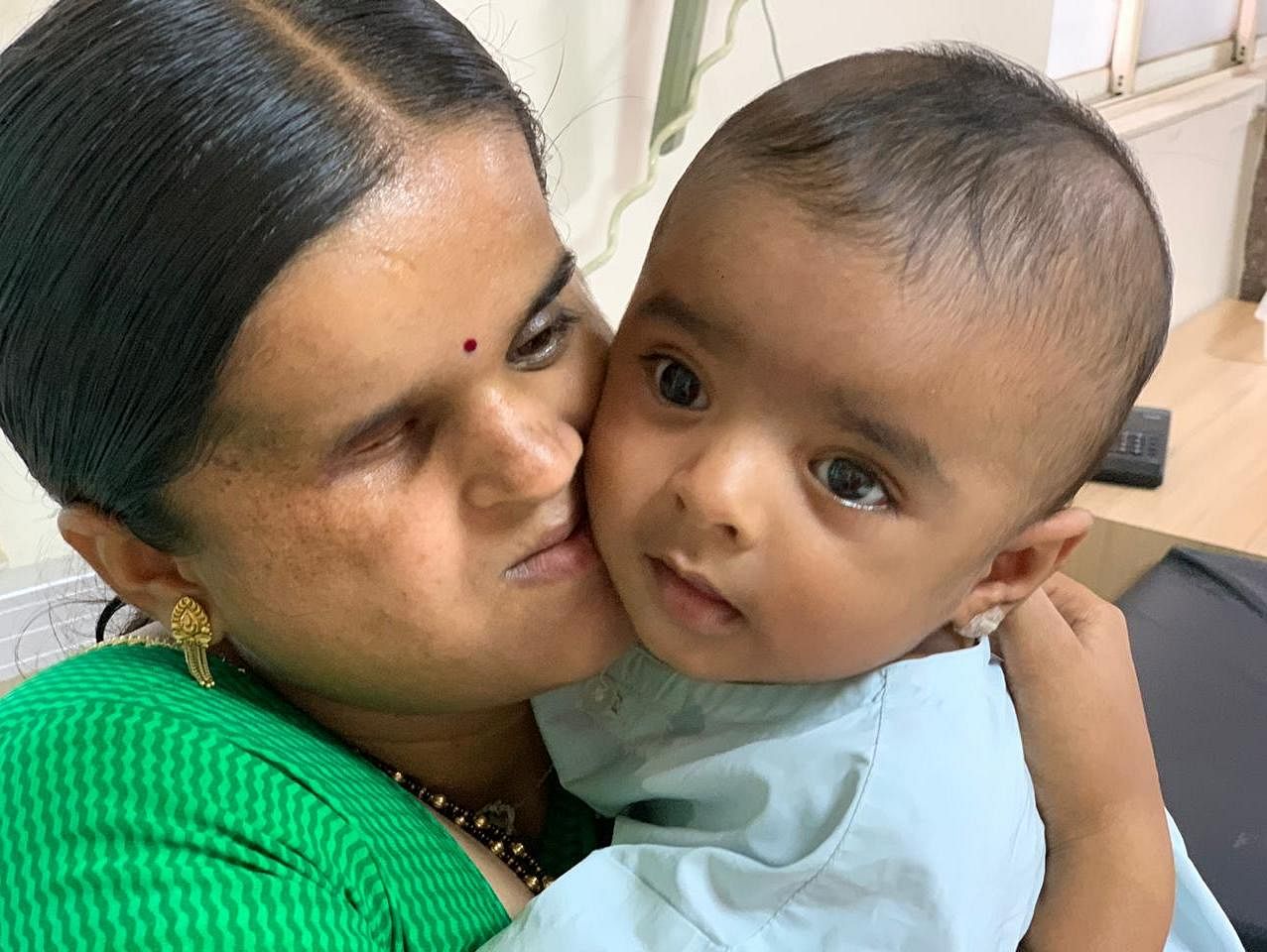 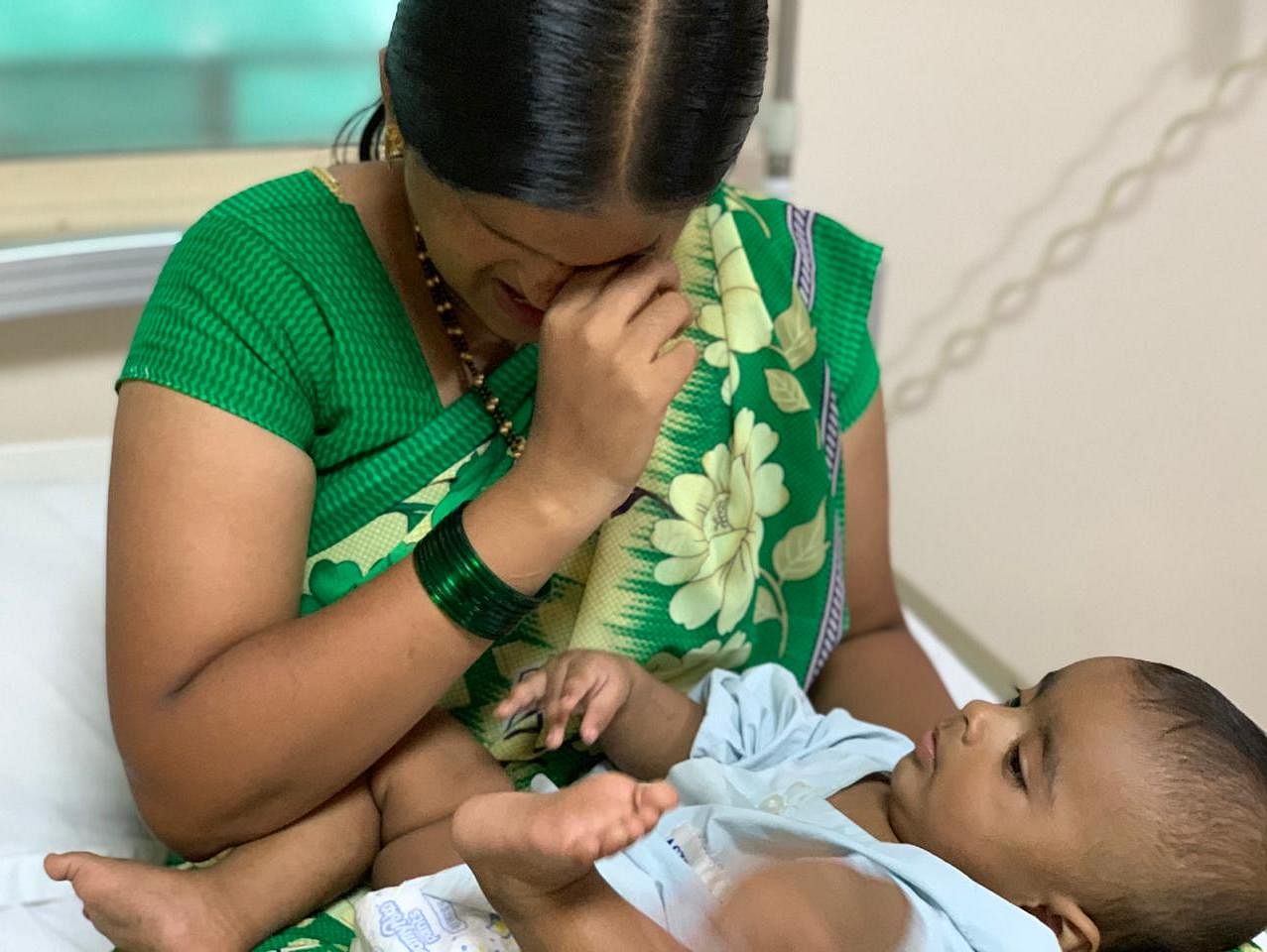 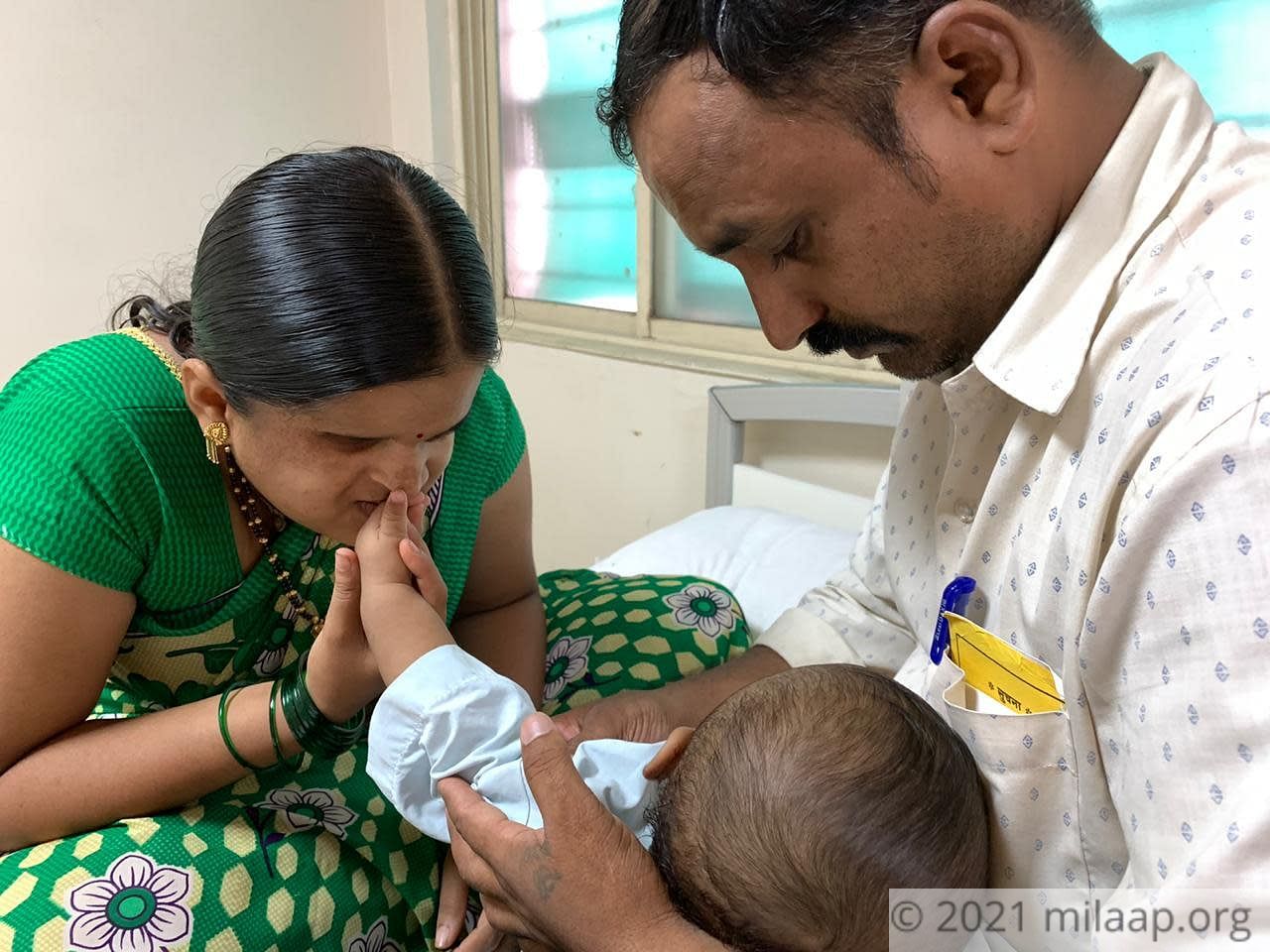 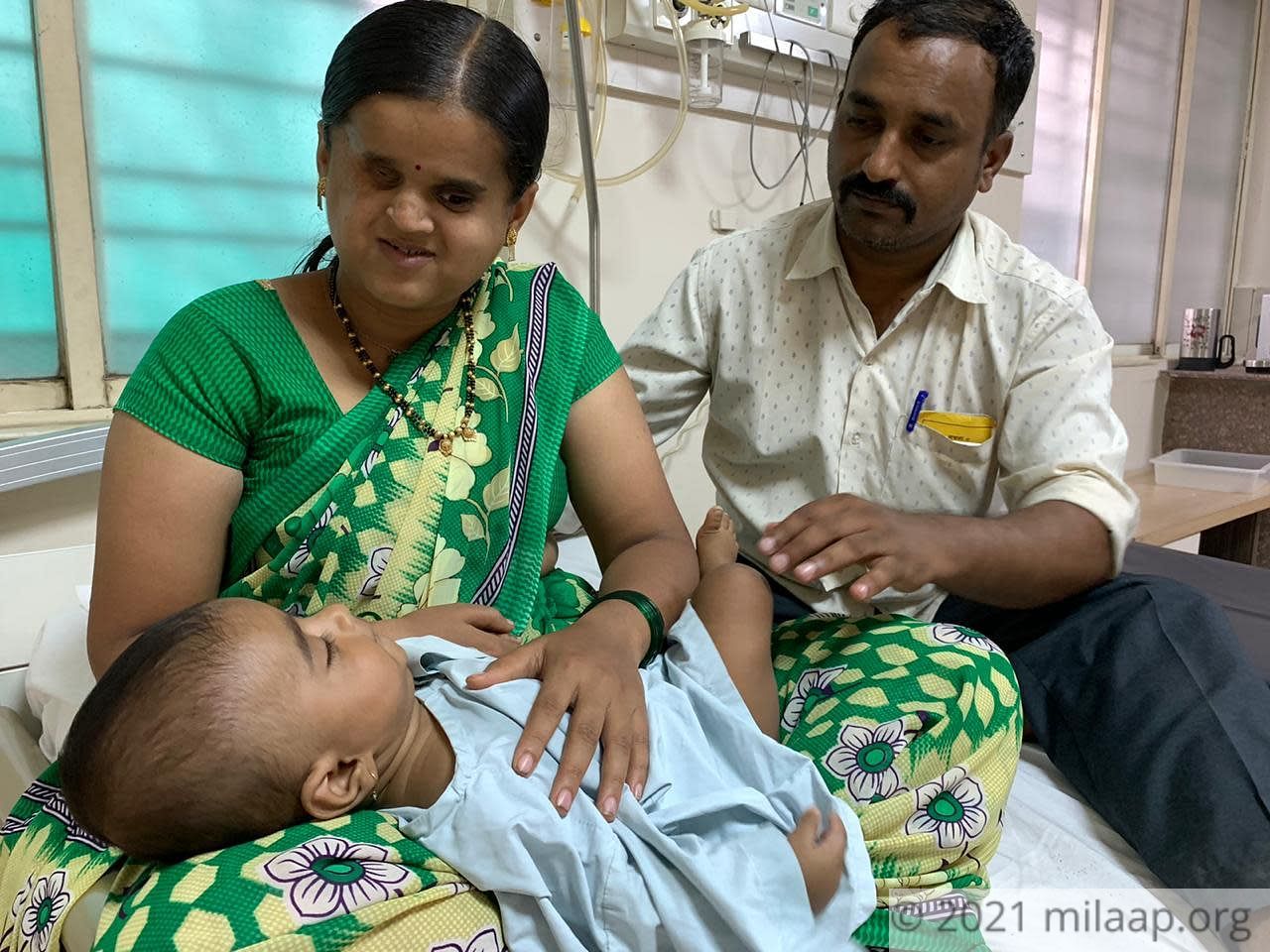 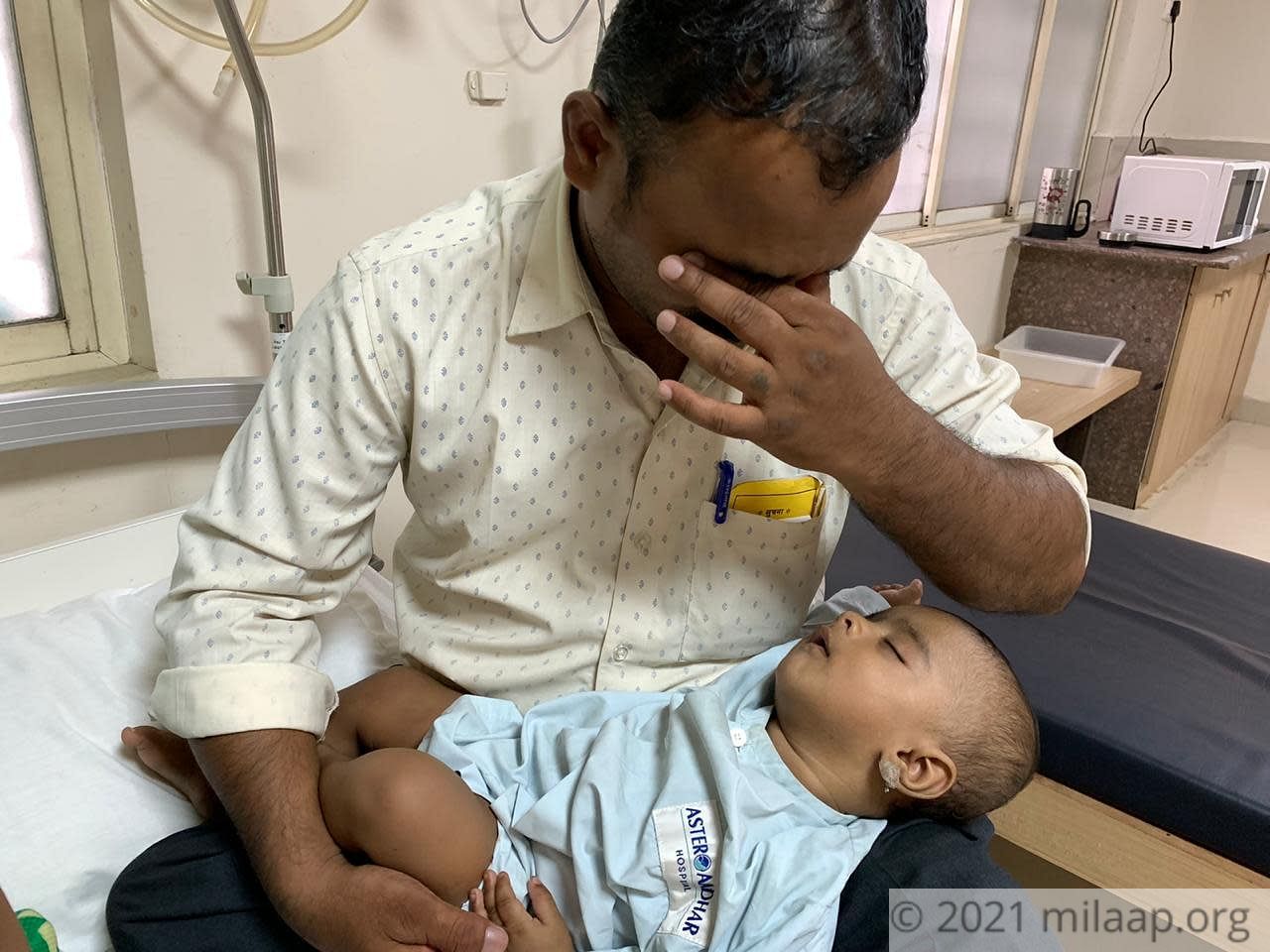 Share
It sent shivers down my spine when the doctors asked us if Viraj had any siblings. I guessed why he was asking, but I didn’t want to believe it. When we said yes, he immediately asked us to get Vishw tested as well. I prayed harder than I ever had in my life over the next few days but... the results have now confirmed it.
My 5-month-old has eye cancer too. Both my sons are dying.
— Lata, Vishw’s mother 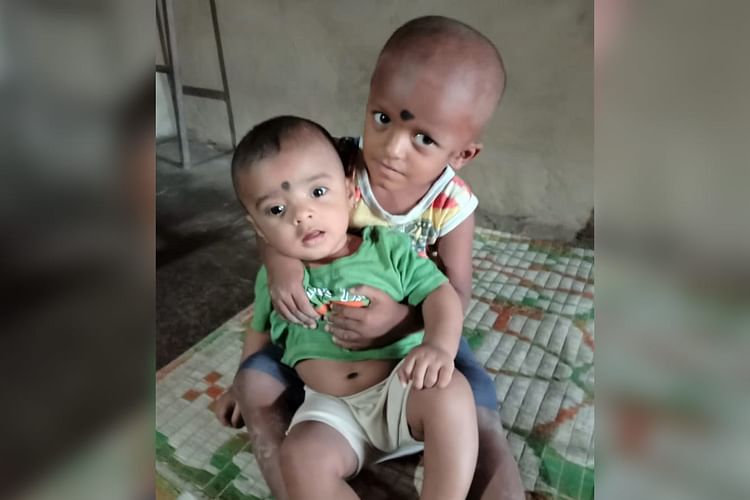 Viraj, holding his younger brother Vishw
It has barely been 2 months since Lata and Manohar discovered that their older son, Viraj, has severe retinoblastoma — eye cancer. They have already been through the crippling heartache that follows from hearing a doctor say that their child might not survive, and that even if he did, he would probably go blind. Lata and Manohar are both physically challenged themselves, so that second possibility gave them no more comfort than the first. One week ago they found out that young Vishw has the same disease his brother does, and now they’re feeling all that pain and heartache all over again. 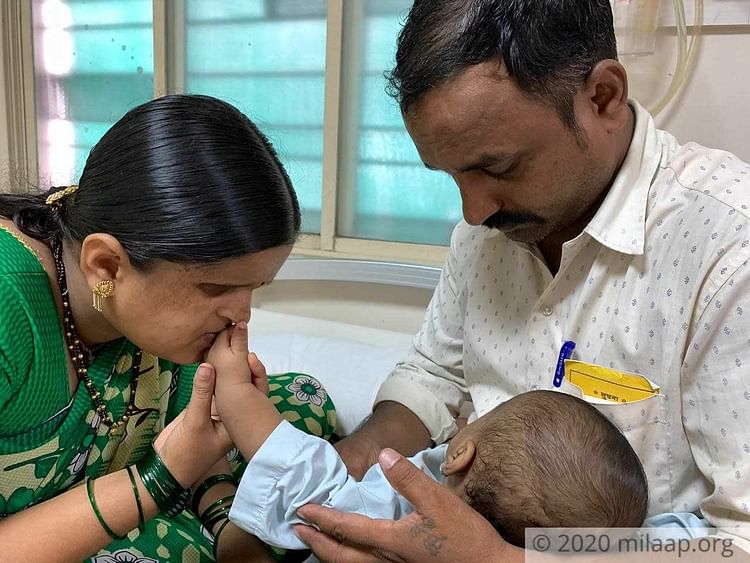 ‘Is our family cursed?’

“My husband wondered the same thing when Viraj got diagnosed. My whole life was full of suffering, and my husband’s as well, right from childhood. Mine because I grew up blind, and my husband’s because he grew up crippled from polio. We have to fight every single day to prove we’re just as capable as anyone else. We thought at least our children would have better lives but... All this is so unfair! They’re so young! Vishw is just 5 months old...” — Lata, mother, breaking down 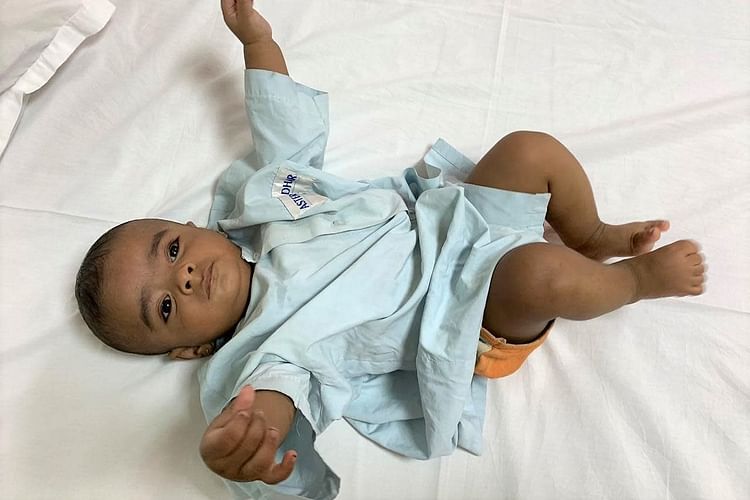 Vishw asking his mom to carry him — he can't clearly see her anymore, his cancer is starting to affect his sight just like his brother

Little Vishw has a better chance than his brother

Because they caught the cancer in its early stages, little Vishw has a far better chance at recovery than his older brother, he just needs long-term chemotherapy instead of major surgery like Viraj. But this is a fact that tears these parents’ hearts in two.

“I don’t know how to feel anymore. Should I be glad that Vishw is more likely to survive? Should I fall on the ground and cry because my other son is less likely to? How is a father supposed to feel in such a wretched situation?!” — Manohar 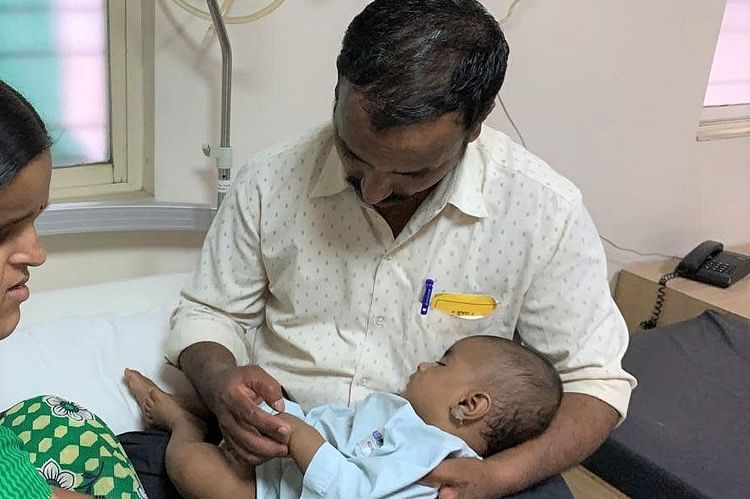 “Even for Viraj, the only reason we were able to start affording his treatment was because of donations from kind strangers online. I used to work in a kirana shop before the lockdown. For the past few months, we’ve basically been living on scraps! Even though Vishw has a much better chance to survive, I’m unable to afford his treatment! Please, please help me keep my son alive...” — Manohar

These parents are desperate. They were only just getting used to the fact that their older son is dying, when they discovered their only other child is as well. Click here to donate, and save Vishw’s life.
V
Patient Vishw is 5 months old, living in Kolhapur, Maharashtra
AA
Being treated in Aster Aadhar Hospital, Kolhapur, Maharashtra