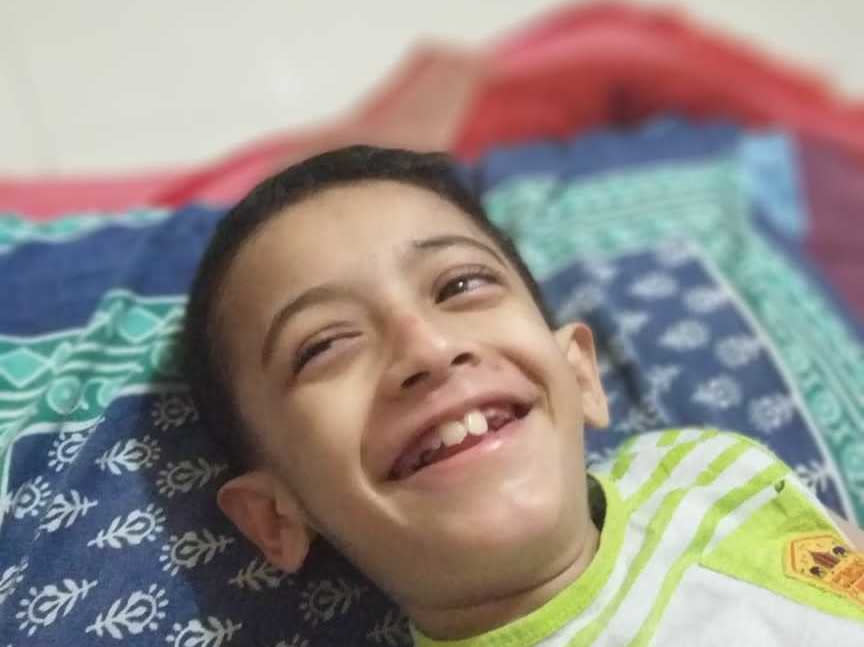 Share
He has been fighting one of the rarest diseases in the world from the moment he was born. As he grew up, his condition has just kept getting worse. He gets seizures, he gasps for breath at night. He can't walk, talk, or even sit up. In February, he finally became too weak to even eat food, we feed him through a tube in his stomach now! There's such little time before the disease takes him away from us entirely!
For years, we thought there was no hope, but now we've got to know that he can get treated with gene therapy!
Little Vir's condition started making itself known when he was just a few months old. Though he was their first child Munna and Dipty knew something was wrong when he wasn't able to lift his head even slightly at 4 months of age. Their worries turned into fear when he started having small fits where his eyes rolled into his head, followed by fever and diarrhea. For months, the desperate parents took their son from one hospital to another, trying to get him treated. But doctors couldn’t even diagnose the problem; they prescribed MRIs, ECGs, and various other scans, but they were all inconclusive. It wasn't until one doctor sent a sample of his cerebrospinal fluid (CSF) to a special lab in Zurich, Switzerland, that they discovered the horrifying truth. He was diagnosed with AADC-Deficiency. He wasn't even a year old at the time.

"They said it was one of the rarest brain diseases in the world... Only around 50 people had ever been diagnosed with it at that point. What hurt most was when they said that there was no cure, that our son was doomed to a life of pain and misery. In the years since, we saw it with our own eyes. His condition just kept getting worse. So for the past 10 years we've just focused on trying our best to keep him happy, we refused to let his life be full of only pain. We made him smile and laugh every chance we got. He deserves to have a normal childhood!" — Dipty, mother

It's an extremely rare and devastating disease, and Vir is the only Indian to have it

Aromatic Amino Acid Decarboxylase deficiency (AADC-d) is an ultra-rare disease that affects the way signals are passed between certain cells (serotonin and dopamine) in the nervous system, resulting in a disconnect between the brain and the body. Affected infants suffer
At this point in time, only 140 children in the world have ever been diagnosed with the condition.  Vir is the only Indian to have it. There are only 4 labs on the planet that can even diagnose it.

A revolutionary new treatment can cure him, if only they could afford the cost

After years of struggling, the family got some good news recently. A few years ago, they had entered Vir’s name in an experimental gene-therapy trial that was being conducted internationally. Now, that gene-therapy has been proven to work in treating AADC deficiency! More than 6 children with the disease have already been treated, and can now walk and talk for the first time! In December of last year, this group of leading experts reached out to Vir’s family, asking them to send him to them so they can treat him!

"But even at no-profit pricing, the gene-therapy that our Vir needs costs around 75,000 Euros! When we consider the follow-up care and travel expenses, this means we need nearly 85 Lakh rupees! There is no way I can afford this expense!" — Munna, father

"We just want our son to stop suffering. They’re saying with the treatment our son will be able to walk for the first time ever, that he can call us Mummy and Papa for the first time! But all we care about is taking away his pain and suffering, that’s all we want. How can we afford such an amount, though? I work on a tourist ship helping customers, and my wife is a housewife. You are Vir’s only hope now! Please help us!" — Munna

Click here to donate now, and give Vir a second chance at life.