Despite Bravely Fighting Cancer, This 5-Year-Old Might Still Lose His Battle | Milaap

Despite Bravely Fighting Cancer, This 5-Year-Old Might Still Lose His Battle 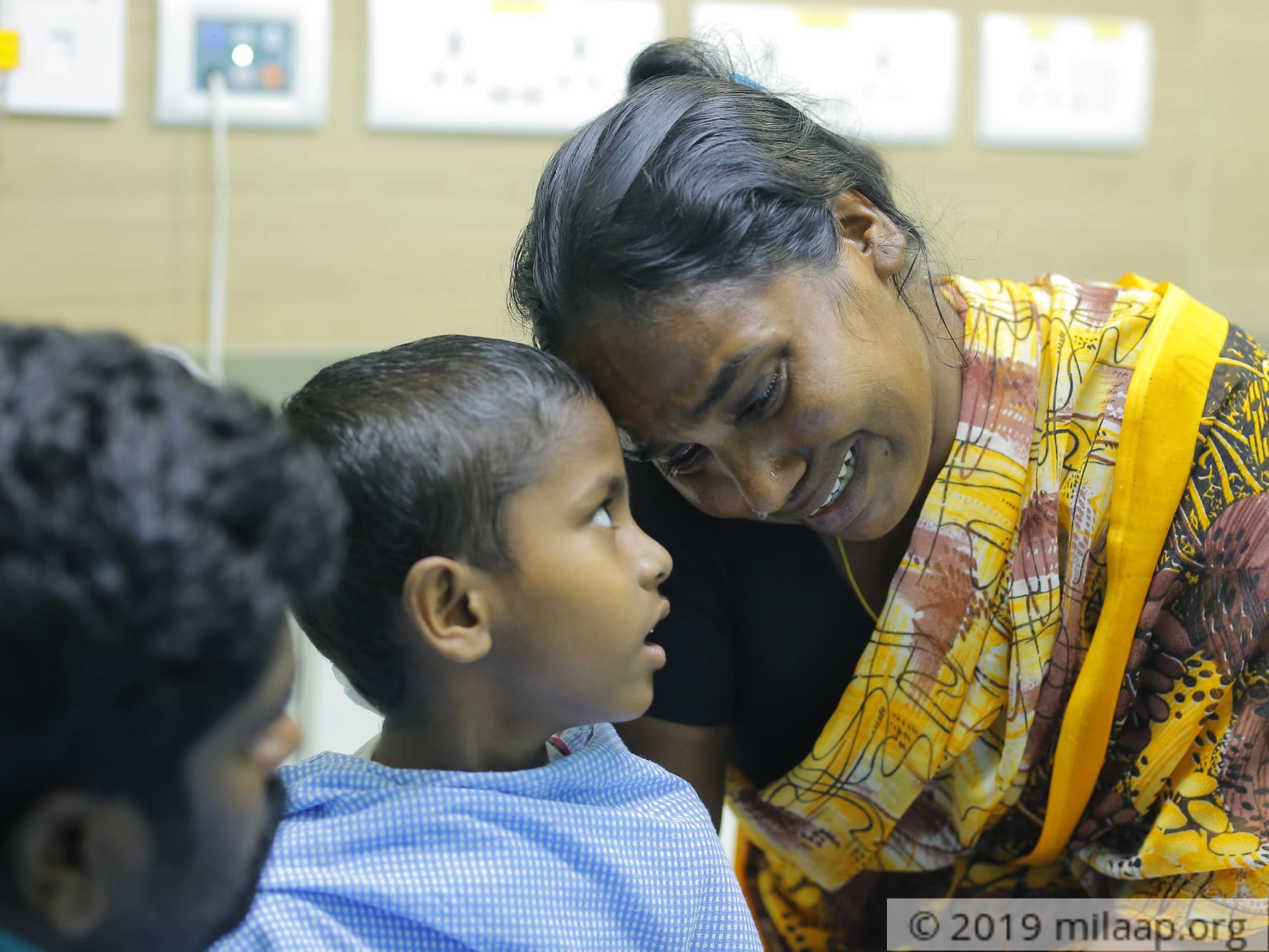 Share
“One doctor told us that we were wasting our time running from one hospital to another. He told us that it was too late and to keep him home safe for as long as he lives. We were devastated. To prove him right, Vikas’ condition worsened and he got very weak. We thought we almost lost him but now we have hope."
- Srilatha, mother
Seetharam worked as a daily-wage labourer  for a wage of Rs. 250 a day. However, to get Vikas admitted, the couple had to leave their home town and head to a different city; and Seetharam hasn’t worked since. All by themselves in a new place, they are struggling to save their 5-year-old from the claws of a deadly cancer. Without a job in hand, with all their savings exhausted, and with not a known person around, they have lost hopes of ever being able to take their son back home.

Just as he was recovering from his battle with Typhoid, little Vikas was diagnosed with cancer

“He came back from school one day complaining of a severe stomach pain. He had a very high fever and was soon admitted in the hospital for typhoid and a severe lung infection. He had never been to a hospital before and he was scared. Just when he was to be discharged, his scan reports arrived, knocking the breath out of us. There was a tumor in his stomach! The hospital visits he most dreaded weren’t over…”
– Srilatha
Vikas was diagnosed with neuroblastoma – a cancer of the nerve cells, which if left untreated, could be fatal. His cancer was in the last stage and every hospital they went to, refused to treat him. After several visits to different hospital, they found a hope. Chemotherapy followed by a stem cell transplantation.
Currently, Vikas is undergoing chemotherapy and is in a lot of pain. He seldom eats food, and throws up all that he eats. He’s weak and he can’t walk, or even sit for a long time. He is exhausted from the constant pricking of needles, and all the medication. But the parents are sitting through it with gritted teeth, because his tumor is growing smaller.
“Having seen him active and so full of life, it kills us to see him this way. His legs hurt all the time, and he begs me to keep pressing them. He saw tufts of his hair falling down, before we shaved it all off and he cried for days then. He doesn’t understand what’s going on, and that scares him!” – Seetharam
With the chemotherapy, his tumor will disappear, but the cancer will not be cured. It will only relapse, again and again. Since his cancer is in the last stage, a relapse would mean death. The only cure for neuroblastoma is a stem-cell transplant, following his chemotherapy. But it will cost them 10 lakh rupees and the parents are in desperate need of funds.
All along and all alone, the parents have done all they could, to save their son. They are helpless now. Your generous contribution can help the family take their son home.
V
Patient Vikas is 5 years old, living in Vijayawada, Andhra Pradesh
MH
Being treated by Dr.Krishna Reddy in Manipal Hospital, Vijayawada, Andhra Pradesh