‘Dangerous Disorder Could Take My Baby’s Life, 16-Crore Drug Is The Only Way To Save Him’ | Milaap
Receive tax benefits by donating to this cause.

‘Dangerous Disorder Could Take My Baby’s Life, 16-Crore Drug Is The Only Way To Save Him’ 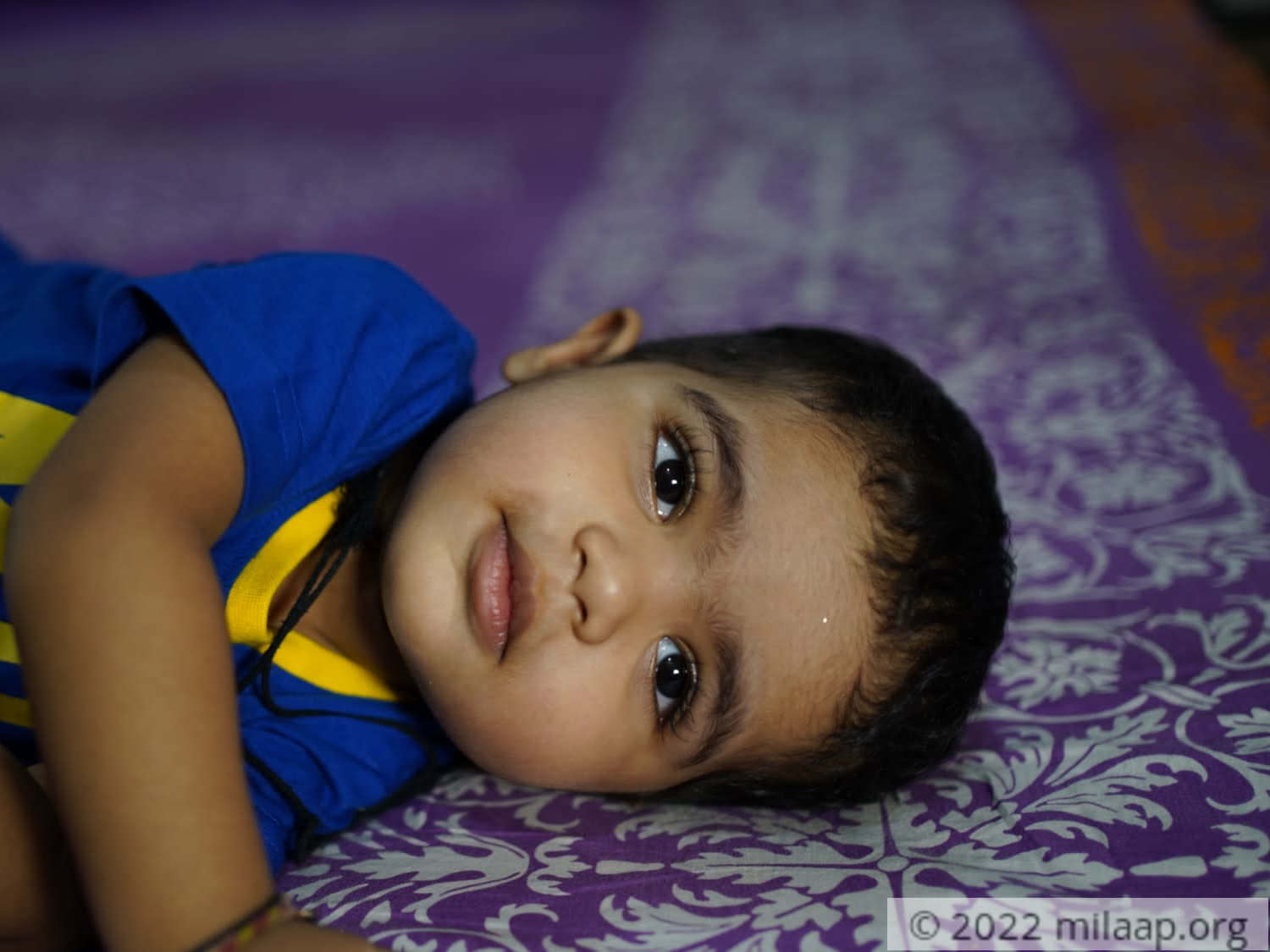 At an age where babies are getting the hang of walking, crawling and speaking, 17-months-old Vihaan is unable to even sit up without support. He suffers from a rare, degenerative condition called Spinal Muscular Atrophy (SMA) Type-2 and is progressively losing muscle control. Only the world's most expensive drug can give him a shot at a normal, healthy life.

Their baby was suddenly unable to stand up without support

It was right out of the blue that Meenakshi and Vikrant noticed their second-born, Vihaan, who until now had no problems getting up on his little feet, was suddenly using his hands as additional support to stand up. After a visit to the doctors, they were asked to wait a little longer as it could just be that Vihaan’s milestones were slightly delayed. But these parents soon realized that it was far more serious than that.

An MRI yielded no results, but a genetic test confirmed their worst fears

By the time Vihaan’s first birthday rolled around in December 2021, he started to have more trouble moving his legs. His parents couldn’t understand how this had happened in a matter of a few months. Had they not paid close attention to their baby’s movements, they may have missed it entirely.

“As prescribed by the doctor we sat through a number of tests, including an MRI. Every second we spent at the testing labs and hospitals felt like hours. The wait was excruciating, but the thoughts running through my head were worse and only kept me on edge. ‘What could have possibly gone wrong? He is such a small baby, why does he have to go through this?’ When these reports didn’t reveal anything significant, we were advised to get a genetic test - and that really scared me.” - Meenakshi

“While we awaited the test results, we started Vihaan on physiotherapy hoping to see improvement. Deep down I held out hope that we would be wrong, but the clear ‘positive’ on the report was hard to miss. Our son has SMA type-2, and the diagnosis was both shocking and devastating for us, especially given our perfectly normal health history. It took us well over a few days to digest the news.” - Vikrant, father

SMA has only one known cure, a single-dosage gene therapy called Zolgensma, that is highly effective as long as it is administered early - by Vihaan’s 2nd birthday. But the price tag on this drug makes it practically inaccessible to any normal person, let alone little Vihaan.


This condition causes nerve cells to die, and when that happens, the damage is almost irreversible to that part of the body. So, it is important to make this treatment available to Vihaan as soon as possible. But INR 16 crores is a mammoth amount and his parents cannot arrange for it in such a short frame of time, without help.

“We do not want to see our son suffer any more than he already is. Our wish is for him to have a normal life and a promising future. But we cannot make this happen without your help. We have very little time in our hands. I appeal to you for help to save Vihaan, before SMA takes complete control of him.” - Meenakshi

These parents believe that with your help and support, Vihaan can get timely treatment. Every single contribution, no matter how big or small, will bring Vihaan closer to beating SMA. Click here to donate.
VA
Patient Vihaan Akulwar is 1 year old, living in Nagpur, Maharashtra
M
Being treated in Medgenome, Bengaluru, Karnataka